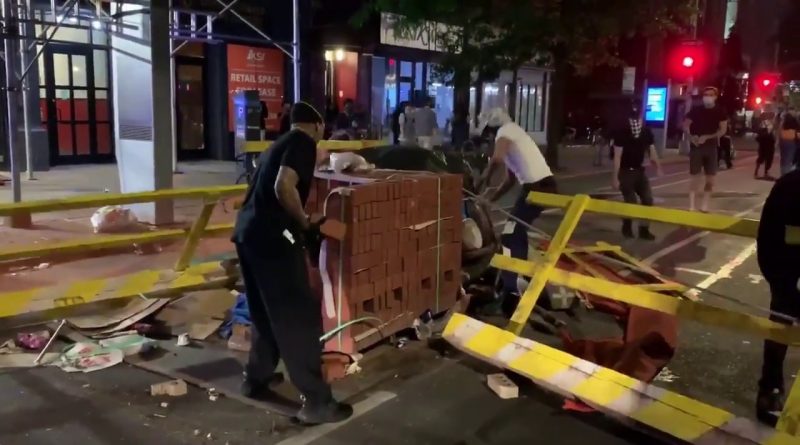 Who is behind the pallets of bricks being left in major cities where rioting and looting have been taking place? Why is no one investigating the organizational structure behind this? It would be very easy to find out who ordered and dropped off the bricks by analyzing street cameras and doing a little digging.

"Yo, we got bricks. We got bricks!"—#Rioters in Manhattan chanced upon a cache in the street equipped with bricks and a shovel at 10:01 p.m. on Second Ave between St. Marks Pl. and Seventh St. pic.twitter.com/dYB7vHdYqL

Still think these riots are fluid? Still think they weren’t coordinated ? Who the heck left pallets of bricks throughout different cities Across the Nation on sidewalks? #Riot2020 pic.twitter.com/afJa0oDHlD

Where did the Bricks come from?
Who delivered them.
Who sold them?
Who BOUGHT Them?

So who's donating the pallets of bricks to these riot ravaged areas? Surely there's surveillance footage, and surely they arent being brought in by hand. Start checking camera footage, run license plates. pic.twitter.com/QFHgwHVz0f

I still have not heard from one mayor or governor stating they will open an investigation into what organization is placing pallets of bricks in cities used for the sole purpose of destruction.

I’m devastated. We are a progressive newspaper. Last night I was inside when the first brick was thrown #Raleigh pic.twitter.com/MJvPdscyqf

Attacking #firefighters with bricks & rocks & defacing memorials of dead firefighters who have sacrificed their futures for their community is totally unacceptable. We have only 1 mission -save your life & property. @IAFC #protests2020 @STATter911 #Riot2020 pic.twitter.com/dnbYYWCE87

Entire length of Flatbush Ave, from Ave J to Fulton Street is a war zone, fires in the street, people on roofs with bricks pic.twitter.com/mUXY3jShlz

Employees were inside this Krispy Kreme at the Mall at Millenia last night at midnight and found themselves surrounded. The owner says there were hundreds if not thousands of protesters outside, some throwing bricks and causing thousands of dollars in damage @MyNews13 pic.twitter.com/ZCphJpoFDF 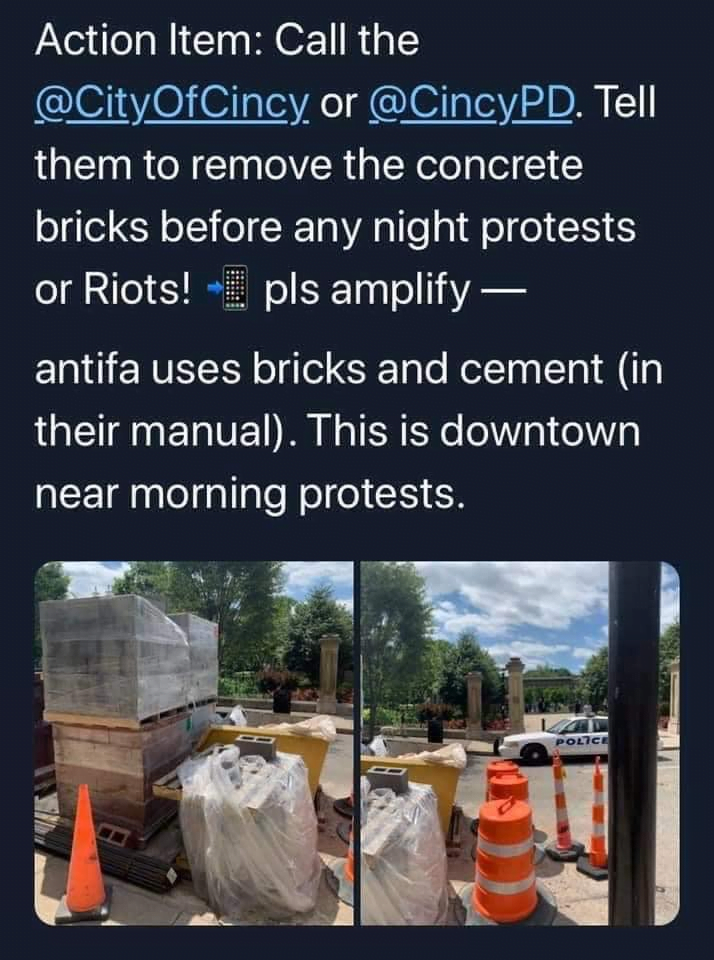 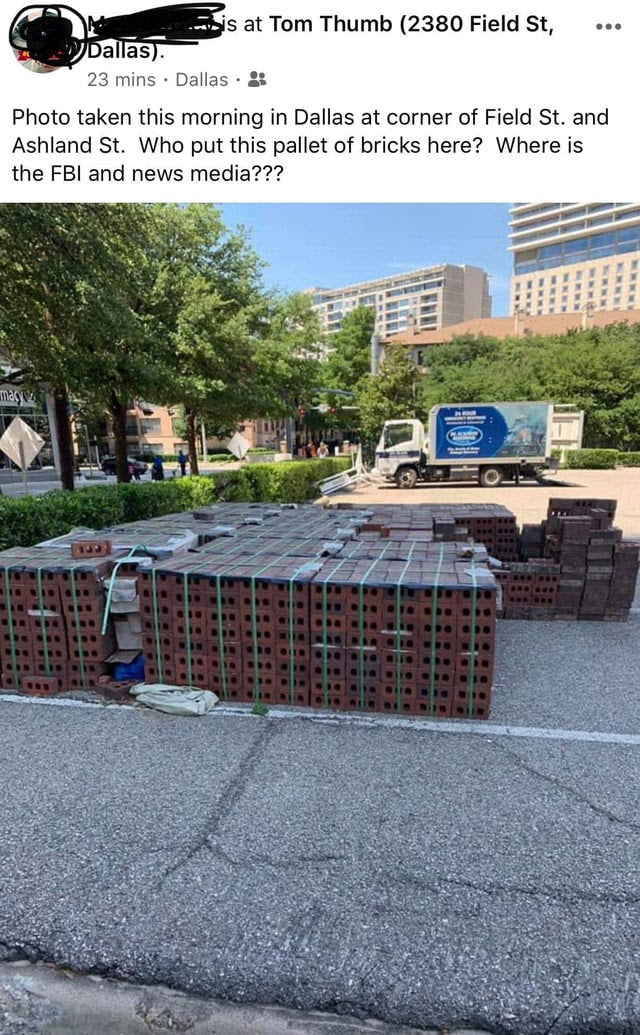 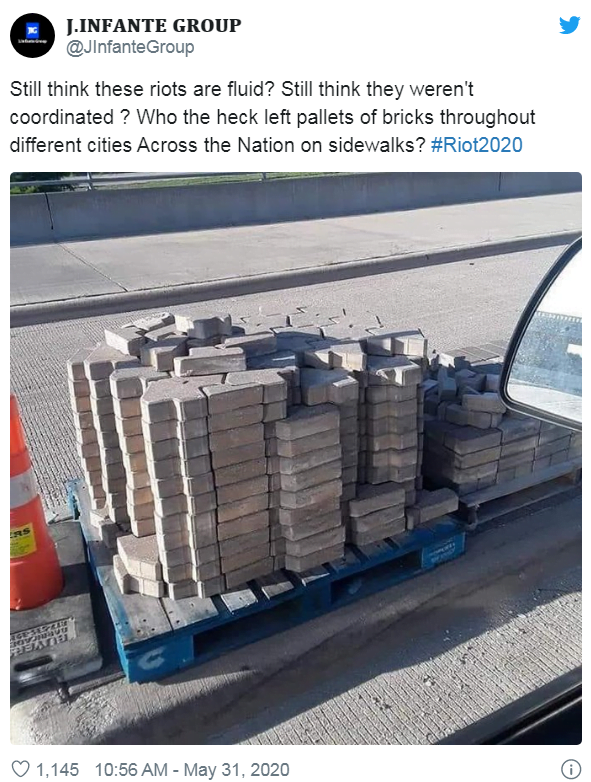