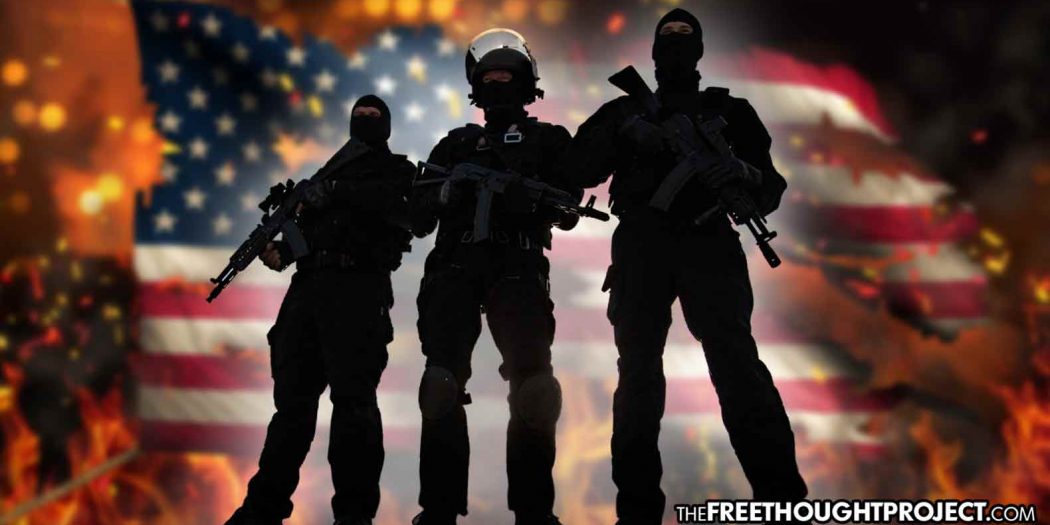 It took two solid weeks of protests, millions of Americans shouting in the streets, riots, looting, and multiple tragic deaths for the establishment media to finally admit that the United States has the most violent and deadly law enforcement system on the planet. Though they are extremely late to the game, the fact that CNN — whose “reporting” has been questionable at best — is admitting this fact, is a telling sign of just how bad things have become.

This is the title of the CNN piece, unlike any other we’ve see before. And it’s accurate. The article brings up numbers from 2016 and compares them to other countries. The United States is magnitudes deadlier than the other countries to which it is compared.

A media review by the Bureau of Justice Statistics (BJS) found a total of 1,348 potential arrest-related deaths in the ten months from June 2015 through March 2016 — an average of 135 deaths per month, or just over 4 per day. (The review excludes deaths under the jurisdiction of federal and tribal law enforcement, and the BJS acknowledged it does not provide a complete picture.)

By comparison, only 13 people in the UK died in or following police custody in the closest time period, according to the country’s police watchdog. In Australia, 21 deaths occurred in police custody or custody-related operations in 2015/16. Those measures are the most accurate comparison to the US’s figure of arrest-related deaths, according to the UK Home Office. The UK’s figure does not include every death that occurred following police contact.

It also found that US law enforcement is far more prone to violence against black people as well. Black people are four times more likely to experience police violence when compared to their white counterparts.

The CNN piece stopped short of speculation as to why America’s cops are so deadly and why we have the largest prison population in the world. But that is where we come in.

Why is it that cops in America kill more people than any other civilized country? Do we have a higher crime rate?

However, police in England only killed a total of 3 people in 2019. Cops in America have killed close to 300 times more than them. If this doesn’t say, ‘hey we have a problem,’ what does?

American cops kill more people per day than England cops do every year, and they show no signs of slowing down.

But America has a much larger population than England and therefore these numbers don’t equate, right? Wrong.

China, whose population is 4 and 1/2 times the size of the United States, recorded just 2 killings by law enforcement officers in all of 2019.

We know that the Chinese numbers are likely higher as their government is not exactly transparent. However, more people were killed by American police in just the last week than were killed in 2019 in Germany, England, Spain, Switzerland, and Iceland — combined.

If we look at the total for the year, American cops killed more people in 2019 than the above countries have killed in decades.

It is also important to point out — with the exception of a few cases — that US citizens aren’t launching countless attacks on cops. Violence against police has gone down significantly over the last 3 decades.

So why are police in America far deadlier than the rest of the world?

As the Free Thought Project has pointed out time and again, the lack of punishment police receive for brutality and killing seemingly encourages this violent and irresponsible behavior.

Police killings go unpunished because initial investigations are usually conducted by the police department where the alleged perpetrator works, because prosecutors have wide discretion over presenting charges, and because the use of force is not subject to international standards, according to a report out of Reuters.

Aside from the lack of punishment, the job description of a cop has changed drastically following the onset of the drug war. Police have morphed into a standing army using the same weaponry and tactical gear that can be found on the battlefield in one of the many countries occupied by the United States military. They are actively engaging otherwise entirely innocent and peaceful citizens in this war on drugs which makes the people the enemy.

The overwhelming majority of police brutality cases stem from the war on drugs. When so many people are tasked with finding and prosecuting those in possession of a substance deemed illegal by the state, the interactions become more frequent and less cordial. If we end that, we get the state out of the private lives of most individuals. This will only serve to lessen the scope of police harassment, in turn lessening the instance of brutality and killings.

Thanks to independent watchdog groups who have decided to document this number on their own, we have a roughly estimated total number of citizens killed by police. Given that America has roughly 765,000 sworn police officers, that means the police-against-citizen kill rate is more than 145 per 100,000.

The police kill rate is nearly 30 times that of the average citizen, yet somehow people still call for disarming citizens and say nothing about the police. And no, the citizens are not becoming more violent. In fact, humanity is at its safest time in history—ever—and, in spite of the lunatic terrorists shooting up public places, violent crimes as well as all crime continues to drop, significantly.

Another facet to the world’s deadliest system of law enforcement is the prison industrial complex’s constant demand for prisoners.

While privatized prisons can be dated back to before the Civil War, these were voluntarily funded operations that didn’t have an incentive to maintain a 99% incarceration rate. Not until the 1980s, when the war on drugs began to peak, did the private prison industry begin booming.

As of 2016, about 19 percent of federal prisoners are held in private prisons and this number continues to grow.

Locking up drug users has proven to be quite the profitable venture.

It is much easier to walk out on the street corner and shakedown a teenager who may have an illegal plant in his pocket than it is to examine the evidence in a rape or murder case. The so-called “Private” Prisons know this and have subsequently found their niche in this immoral war on drugs.

What’s more, the term Private Prison is a misnomer from the get-go.

A truly Private prison would not be solely funded by taxpayer dollars. These Private prisons are nothing more than a fascist mixture of state and corporate, completely dependent upon the extortion factor of the state, i.e., taxation, as a means of their corporate sustenance.

A truly Private prison would have a negative incentive to boost its population for the simple fact that it is particularly expensive to house inmates. On the contrary, these fascist, or more aptly, corporatist prisons contractually require occupancy rates of 95%-100%.

The requirement for a 95% occupancy rate creates a de facto demand for criminals. Think about that for a second; a need or demand for people to commit crimes is created by this corporatist arrangement. The societal implications associated with demanding people commit crimes are horrifying.

Creating a completely immoral demand for “criminals” leads to the situation in which we find ourselves today. People, who are otherwise entirely innocent are labeled as criminals for their personal choices and thrown in cages. We are now witnessing a vicious cycle between law enforcement — who must create and arrest criminals — and the corporatist prison system that constantly demands more prisoners.

The police and prison corporations know that without the war on drugs, this windfall of money, cars, and houses — ceases to exist.

If you want to know who profits from ruining lives and throwing marijuana users in cages, we need only look at who bribes (also known as lobbies) the politicians to keep the war on drugs alive.

What does it say about a society who’s resolute in enacting violence against their fellow human so they can have a job to go to in the morning?

The person who wants to ingest a substance for medical or recreational reasons is not the criminal. However, the person that would kidnap, cage, or kill someone because they have a different lifestyle is a villain on many fronts.

Until we address this elephant in the living room, we can expect Murica to be “NUMBER 1!!” at having, maintaining, and compounded the deadliest police force and largest prison population on the planet.