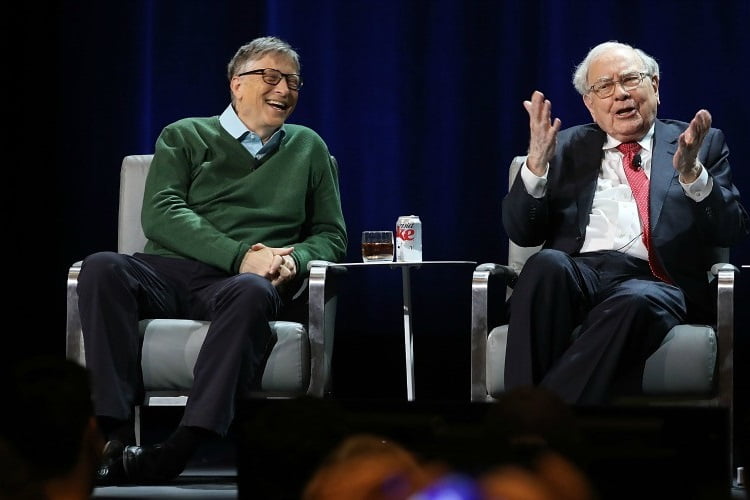 A devastating trend of soaring inequality in the U.S. continues.

In their weekly analysis of wealth data Thursday, the Institute for Policy Studies (IPS) and Americans for Tax Fairness (ATF) found that billionaires have seen their combined net worth grow by $584 billion in the three months since the Covid-19 pandemic shuttered much of the U.S. economy and threw more than 45 million people out of work.

Jeff Bezos, Bill Gates, Mark Zuckerberg, Warren Buffett, and Larry Ellison—the five wealthiest billionaires in the U.S.—saw their collective riches grow by $101.7 billion between March 18 and June 17, according to the new report. A dozen other American billionaires saw their wealth more than double during that same period.

Frank Clemente, ATF executive director, said in a statement that over the past three months, “about 600 billionaires increased their wealth by far more than the nation’s governors say their states need in fiscal assistance to keep delivering services to 330 million residents.”

“If this pandemic reveals anything,” Clemente added, “it’s how unequal our society has become and how drastically it must change.”

In 3 months, the U.S. added 29 more billionaires while 45.5 million filed for unemployment.

Billionaires have seen their net worth skyrocket $584 billion, or 20%, since the beginning of the pandemic. pic.twitter.com/lXsZ9MTuwQ

IPS, a progressive think-tank, has been publishing annual analyses of billionaire wealth increases since 2015. But in May, IPS began releasing weekly reports documenting the steady surge in billionaire wealth amid the Covid-19 pandemic and resulting economic collapse—a phenomenon the group dubbed “pandemic profiteering.”

Since March 18, when social distancing measures and economic shutdowns were in place across the U.S., the combined wealth of America’s billionaires has grown from $2.948 trillion to $3.531 trillion, the latest report by IPS and ATF found.

“During the same approximate three-month period, nearly 2.1 million Americans fell ill with the virus and about 118,000 died from it,” the report notes. “Among other pandemic victims are 27 million Americans who may lose their employer-provided healthcare coverage. Low-wage workers, people of color, and women have suffered disproportionately in the combined medical and economic crises.”

Chuck Collins, executive director of the IPS Program on Inequality, said in a statement that “the last thing U.S. society needs is more economic and racial polarization.”

“The surge in billionaire wealth and pandemic profiteering undermines the unity and solidarity that the American people will require to recover and grow together, not pull further apart,” said Collins.