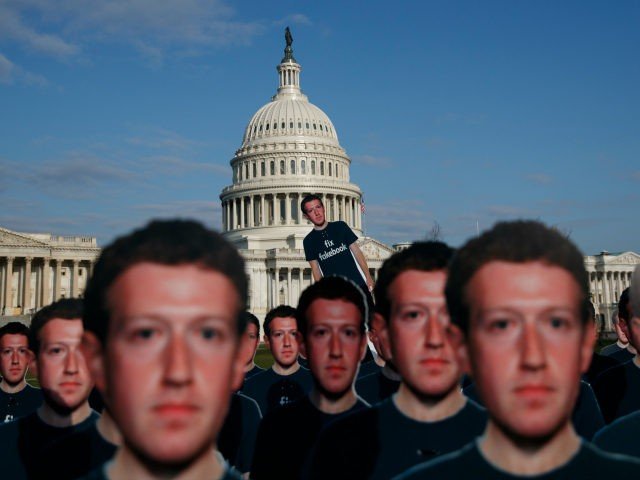 A Facebook insider, Ryan Hartwig, has also come forward to Project Veritas to give his account of bias and discrimination at the company.

The hidden camera footage reveals a host of Facebook employees and contractors admitting to political bias.

Steve Grimmett, team lead for content review at Facebook can be heard admitting that he lumps the MAGA movement in with “Nazis” and “Hitler.” Grimmett can be heard telling an undercover reporter that he monitors “hate organizations” including “Hitler, Nazis, MAGA, you know, proud boys, all that stuff all day long.”

“We rig the game so it can work on the left side” admits another Facebook employee, who agrees that the company “100%” favors the left.

A content moderator at Cognizant, a firm that handles content moderation for Facebook, can also be heard saying she would accept a $81 million bounty placed on President Trump’s head by the government of Iran.

Imagine if this were any other sitting POTUS, where is the @FBI? Where is the @TheJusticeDept?

“It’s inhumane, but if it’s going to save the country why not do it?” asks Kassi Cimo, the content moderator. “We should just hand him over to them. Take the money, as a country, that’s what I’m saying. If we hand him over, our country would be saved, I’m just saying.”

Jose Moreno: Yes it is, and with people getting banned and blocked. #ExposeFacebook pic.twitter.com/uu67nYjiAv

“If I were to go in with a MAGA shirt or a MAGA hat I’d get my ass beat,” says another employee, apparently admitting to an atmosphere of political discrimination and intimidation at the company.

In further undercover footage, Facebook Senior HR manager Leslie Brown can be heard admitting that it’s easier for the company to fire white males because they aren’t able to sue the company for discrimination.

“They were able to fire him without having to worry about discrimination…” says an undercover reporter.

“..White men,” says Brown, completing the reporter’s sentence. “No one has the white man’s back anymore [laughs].”