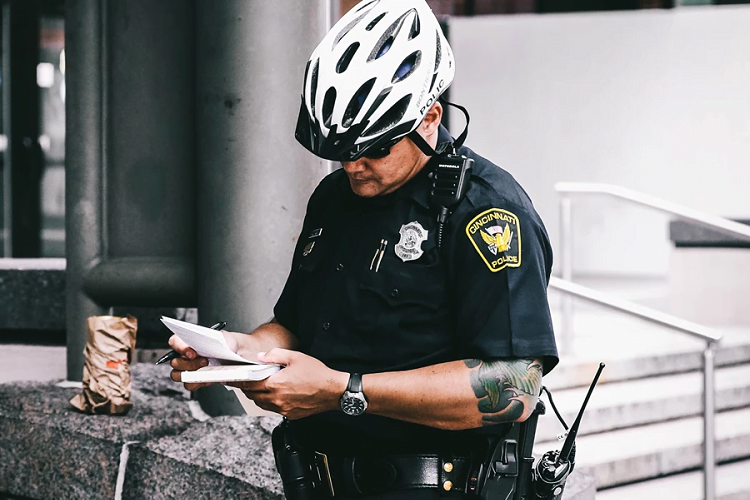 Local governments are spending more money than they receive through taxes, and they are making up the difference through fines and fees.

This issue briefly gained national attention, but for many Americans, it was not that much of a surprise, because we all live in communities where elected officials utilize the same tactics. In 2015, New York City took in almost one billion dollars from fines, with fines and fees funding 37 percent of the city’s budget for that year. Parking violations were the biggest earner in categories of fines with $565 million collected. The people who write and issue these citations work for the New York City Police Department and wear police uniforms.

Getting a traffic or parking ticket can ruin anyone’s day, but it’s worse when you receive a citation for a violation that isn’t even illegal anymore. As of 2008, it is perfectly legal to park your car in front of a pedestrian ramp that is in the middle of the block, but the city’s parking enforcement agency is still issuing $165 tickets for this violation. There are even instances of people who don’t live in New York City, let alone New York State, who are receiving citations in the mail for violations that never happened. These injustices are being perpetrated by officers that are either incompetent or corrupt, but these acts are also being enabled by a system whose primary purpose is to extort the public out of their money in order to fund an oversized government that can’t be sustained with just taxes alone.

Do the Police Have Ticket Quotas?

There’s a belief in the New York City area that you’re more likely to be issued a ticket at the end of the month. It turns out there is data to back this up. Jonathan Auerbach of the New York Daily News reviewed two years of NYPD statistics and found that there are on average 25 percent more tickets issued on the 30th than one the 1st of every month. According to NYPD officer Adhyl Polanco, the culture within the department is that if you’re not issuing tickets and making arrests, then you’re not doing your job. This incentivizes the police to go out and find violations when there are no obvious ones in view.

New York City officials deny that there is a quota system, but at the same time, they projected revenue of $5.86 million from parking fines in 2017. If that amount is not matched or surpassed, then politicians will blame the police not doing their jobs as the reason for the budget shortfalls. Police officers are well aware of the pressure placed on them and their role in providing for the city’s budget. In 2015, rank and file officers engaged in a slowdown to protest against Mayor DeBlasio where they wrote 92 percent fewer tickets than they did the week before along with 56 percent fewer arrests. This period did not see a spike in crime and then-Police Commissioner Bill Bratton even claimed that crime was declining.

Every resource, both in the public and private sectors, is finite. During former Mayor Michael Bloomberg’s third term, the city’s contract with the United Teachers Federation union expired. Both the mayor and union were not able to come to a deal and Bloomberg walked away from the table in 2010 because he believed that the city could not spend the resources to meet their demands. In 2013, when current Mayor DeBlasio was running for his first term, he was endorsed by UFT. In 2014, he signed a contract with the union that also included retroactive raises for the time during Bloomberg’s terms when there wasn’t a contract.

These raises and benefit increases add to the city’s financial obligations and the political leaders who make these deals are responsible to make the budget numbers work to keep it balanced. They could raise income and property taxes, but those direct methods are unpopular with the people they are applied to, and it could result in fewer votes during the next election.

And so, they choose to go with the other route: increase the projected amount of fines and fees.

Fines have a purpose where the threat of them is supposed to keep the public from committing minor infractions, and some do help maintain public safety like moving traffic violations. But when we have local governments estimating that fines and fees will be between twenty-five and fifty percent of their income, then there is pressure to have law enforcement go on the hunt and look everywhere for someone they can give a fine to. This also encourages laws to be written for the sole purpose of having a reason to issue someone a fine.

Public resentment seems to be directed more at the people delivering these fees and fines than the people issuing the policies that create these situations. When a police officer gives you a ticket for something that you think is minor, you’re angry at the police officer for not using discretion instead of the bosses down at City Hall who are tasking him to do this.

If we want to improve police-community relations, then we should demand that projected income from fines and fees be limited to not more than five percent of total revenue in government budgets. This will force politicians to meet citizens head-on about the costs of their decisions, and it will not incentivize law enforcement officers to spend their shifts on the hunt for people to write tickets to.

Fewer tickets will lead to less resentment and that will help create a happier community.

Daniel Kowalski is an American businessman with interests in the USA and developing markets of Africa.