The ongoing Covid-19 scamdemic attack against humanity has exposed the cabal and its top leaders for all to see.  That makes them an easy target and they are now being systematically hunted down and removed from positions of power.  Japan’s slave Prime Minister Shinzo Abe, for example, was “told to retire by Joint Chiefs of Staff member General Jay Raymond,” Pentagon sources say.  Raymond, after stepping down as the head of U.S. space command “is the perfect JCS emissary,” they add.  Abe was also forced to cancel the Olympics, which deprived his gangster friends of huge amounts of money they had been promised in exchange for going along with the Fukushima attack against Japan.

In addition to Abe, the other leaders who are about to fall are those who have identified themselves with draconian fascist measures implemented against their own people on the orders of their Satanic Khazarian overlords, White Dragon Society sources say.

That means Germany’s Angela Hitler, her pet Emmanuelle [sic] Macron of France, Canada’s Justin Castro, and South Korea’s Moon Jae In are all among those headed for the chopping block, the sources say.

The best bet is that France’s Macron will be the next to fall.  Just like Romanian dictator Nicolae Ceausescu increased repression until his own security forces put him in front of a firing squad, Macron is upping repression in France.  Propaganda “news” reports cite the health (death) ministry to say France is seeing an “exponential rise in cases.”  This is an excuse for the embattled Macron to call for another nationwide lockdown.  Macron is also pushing 5G as a matter of “European sovereignty.” https://www.bbc.com/news/world-europe-53954562

However, a report by the association of French reserve officers, compiled by a broad range of professionals with real-world, front line experience in the battle against the cabal’s “pandemic” has reached the following conclusions:

The entire 190-page report will be posted on the letters to the editor page.

The French military knows they have a duty to defend their people and that means they must remove the murderous Macron government.

Asian secret societies have also said that a high-frequency electromagnetic attack killed large amounts of people in Wuhan China.  “Now these attacks are taking place at a global level and a war that is invisible to the naked eye is well underway,” they add.

While there are many aspects to this war that are “invisible to the naked eye,” we humans can liberate the planet by attacking the visible aspects.  The process that led to the Fukushima attack on Japan and the subsequent fraudulent election of Abe in 2012 provides us with concrete targets.

In particular, the problem can be traced to the people who have controlled monotheism as a family business for thousands of years.  For example, the leader of the current Antifa, Black Lives Matter, and other Bolshevik type attacks in the U.S. is…

Leo Zagami, according to P3 Freemason sources.  We have independently confirmed the forensic trail of control leads to Leo Zagami, who has fled Italy to avoid arrest by forces loyal to Pope Francis and the P3 freemasons.  He is now hiding in Palm Springs, California, and play-acting like a devout Christian.

However, when Zagami came to meet me in Japan he showed me pictures of demonic entities and said he and his fellow Satanists could summon them using ceremonies involving five-pointed stars, just like in the movies.  He said these entities could also cause huge storms, earthquakes, etc.

Zagami also said the most powerful entities could only be summoned via human sacrifice.  Having been brought up as an atheist I just assumed at the time Zagami was using crude scare tactics designed to frighten superstitious monotheistic old ladies.  Now I am not so sure.

Immediately after the Fukushima attack on Japan, Zagami sent e-mails bragging about the attack and claiming responsibility.  He also said it was his group that was behind Marxism and the communist revolutions seen around the world.

With that in mind, take note that many people, including Q-anon, have noticed the U.S. Demoncratic Party’s use of a Satanic logo, as seen below. 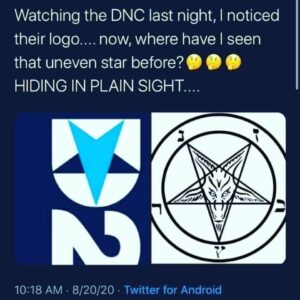 Zagami’s people also claimed to control Christians as their slaves.  Judging from their behavior, this is probably true for some Christian groups.  Here, for example, are a group of 2,700 brainwashed Christian Zionists (Satanists) preachers telling people to get their “vaccine.” https://www.christianpost.com/news/2700-evangelicals-warn-against-politicizing-coronavirus-urge-christians-to-take-vaccine.html

The battle for the U.S. will continue over the coming weeks.  But Antifa and BLM etc. Bolsheviks only have money and a few hired goons at their disposal.  That is why they will lose against the patriots now systematically removing this filth from the U.S. body politic.  I highly recommend they take Zagami, (who told me he ate human fetuses), in for serious interrogation.

The key battle for the liberation of the planet Earth of course centers around Israel, where courageous Jews are fighting daily to remove their Satanic leadership under Benjamin Netanyahu.

Here is what Pentagon sources have to say about the battle to liberate the Jews in Israel:

“Kissinger famously said Israel may not exist after 2020 and here are 3 more strikes:

We can add that other Pentagon sources say the UAE only agreed to a peace deal with Israel because it had been threatened with a nuclear attack similar to the one that hit Beirut.  We also note that Macron has also incriminated himself in this attack by using it as a pretext to re-establish French colonial rule over the country.

Overall, according to MI6 sources:

“The general state of the place around the world is indeed very chaotic and we will only remain on standby for so long before all the worlds’ top brass say enough.  The disturbing thing is civilian governments and their leaders have failed and are too weak.  It is indeed a global civil war and the death throes of the controlling matrix present covertly in geopolitics for a very long time.”

This writer traveled to Bill Gates’ compound in Karuizawa, Japan to investigate reports of strange explosions there.  After being denied entry, I interviewed neighbors and local contractors working nearby, but no suspicious activities or the presence of Mr. Bill could be confirmed. 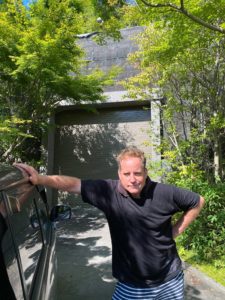 It’s a reporter’s job to do boots on the ground research.  Sometimes it pays off big and sometimes the well is dry.  Nevertheless, in today’s special effects, virtual reality world, we need to maintain a face-to-face, human network of information exchange as much as possible, to reject the interference of AI-generated personalities, especially on social media. 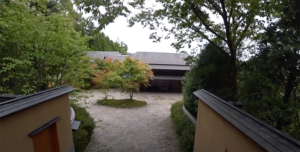 A WDS member, who was arrested in Indonesia on trumped-up charges and spent four months in jail, narrowly avoided a planned assassination attempt upon release.  If the senior member is killed then the WDS promises the same fate shall follow for President Jokowi and the descendants of former president Suharto.

In Asia, many long-term observers say what is going on is the fall of Babylon.  If Babylon falls, the Jews will be free for the first time in 5,780 years.  As someone who was brought up as an atheist, I never thought I would say such a thing but, we really are going through Biblical events.