Prepare For Change
Home ARCONTES Benjamin Fulford 9/21/20 Report: As Zionists are purged in Israel, the next... 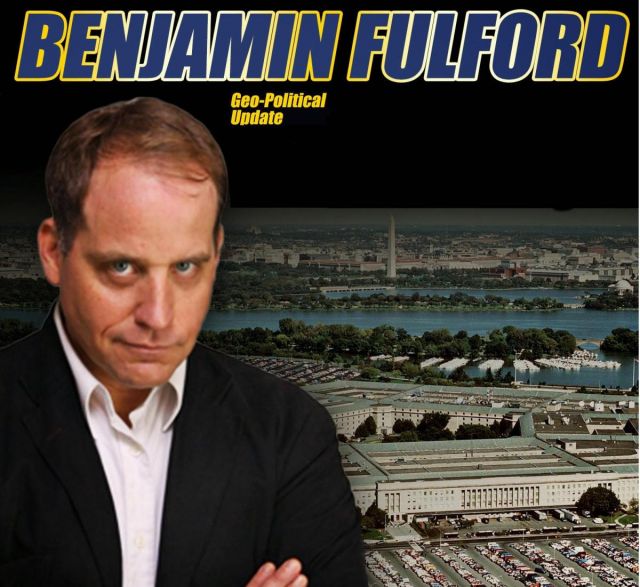 The autumn offensive begins.  The rogue nation of Israel was put under lockdown at the start of the Jewish New Year to facilitate a purge of Zionists, Pentagon sources say.   MI6 sources say their next target is a mysterious Swiss-based entity known as the Octagon Group.  In a counter-offensive, an estimated one-million Satanists in the U.S. are being mobilized to overthrow the government, multiple intelligence agency sources agree.

The major anti-Zionist offensive was started with the announcement of the death of Supreme Court Justice Ruth Bader Ginsburg.  Here is how Pentagon sources summed up the situation:

“[U.S. President Donald] Trump announced a list of Supreme Court nominees on September 9th, so the Ruth Bader Ginsburg (RBG) death on Rosh Hashanah sends a New Year message to the Jewish mafia while Israel is forced into another lockdown to round up Zionists.”

The Pentagon sources add they have jerked Trump’s chain to force him to act against the Zionists, and his son-in-law Jared Kushner will face a military tribunal on charges of treason and possible execution.

We are also hearing from MI6 why they are going after the mysterious group in Switzerland known as the “Octagon,” whose members are descendants of Pharaonic bloodlines.

Before we go any further into this issue, though, we need to take a deep dive into the secret government power structure that we are battling.  The organizational chart below was given to me by an envoy of David Rockefeller (via former Japanese finance minister Heizo Takenaka) ten years ago.

This document (2 dozen pages in all) was handed to me after Asian secret societies mobilized to target people who were members of all three of the following groups: The Bilderbergers, The Trilateral Commission, and the Council on Foreign Relations. 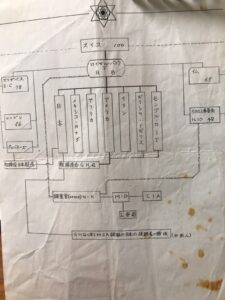 What this flowchart page allegedly shows is the Zionist power structure.  It has Switzerland at the top.  Underneath is the “Royal Bank.”  On the left is “Elizabeth E.C.” Below that is the City of London, followed by “properties,” then the “Chief Executive of Japan.” On the left you find France.  Below is the “Committee of 500” (i.e. the Fortune 500) and “ILIO 48.”

At the bottom, you see enforcement units including North Korea, Military Police, and the CIA.  At the very bottom is a Chinese assassin designated by the U.S. occupation forces to control Japan.  In the middle you see they claim to control Japan, Mexico, Canada, the United States, Africa, Iran, Greece, England, Mongolia, and Russia.  What they do not control is Italy, Germany, India, and China among others.

It was also at this time that Leo Zagami was sent by the P2 Freemasons to Japan to visit me.  When I reciprocated the visit and went to Italy, I was told the P2 (now P3) took orders from “aliens in Switzerland.”  They claimed to have started and run Communism.

Now after 10 years of puzzling over this and other information given to me, we can start to connect some dots.  First of all, we have received reports that we are being ruled by descendants of the Egyptian Pharaohs, from many sources like the arms dealer Adnan Khashoggi (whose nephew Jamal Khashoggi was brutally murdered in Turkey).

Japanese Royal Family members (real ones, not the fake Emperor Naruhito) also claim they are descended from the Pharaohs.  The boss of a large Japanese Ninkyo (Yakuza) group also said the world was ruled by a committee of 8 in Switzerland.  Now MI6 is telling us about the Pharaonic Octagon group in Switzerland.  This is what is portrayed in the James Bond movies as “Spectre.”  The P3 Freemasons say the Octagon group “are the masters of humans [sic] Earth Life.”

Also, in the past, when I talked to mercenary soldiers involved in resource grabs in Africa, Al Qaeda/Daesh/Antifa, etc.  they said they were paid in Swiss Francs out of Switzerland.  We would also like to remind you about Glencore Commodities and Mark Rich based in Zug, Switzerland, paying off both Iranian and Israeli government officials to promote war between those countries while manipulating oil futures.

Now let us talk about U.S. Offense Secretary Mark Esper.  If you watch the clip at the link below:  https://twitter.com/DeptofDefense/status/1306232167769411584  you can see a man of limited intellect who has been completely pre-programmed.  He refers to fake enemies like Russia and China while promoting AI and the deadly 5G area denial weapons.  The real military brass do not take orders from him and nor should they.  However, they need to follow the trail to the financial controllers who pull his puppet strings.  It is a good bet it will lead to Switzerland.

OK, with this background in mind, let us take a look at the news of the past week as the big autumn anti-Zionist offense goes into full swing.

A necessary precondition to the defeat of the Zionists was taking away their control of the financial system, MI6, and Pentagon sources agree.  According to MI6 the new financial system “is designed with…

full forensic visibility with a judge signed warrant so [criminal] types of laundering would be impossible.”

Now the news is full of information about a massive sweep targeting high-level criminals all over the world.  Information leaked to the International Consortium of Investigative Journalists, for example, shows how North Korea laundered money.  North Korea has always been the world’s center for the manufacture and distribution of Amphetamines, which together with Afghan Heroin and South American Cocaine, provides trillions of dollars annually to the Khazarian Mafia.

There is a huge amount of detail about previously hidden international criminals on their website linked below: https://www.icij.org/investigations/fincen-files/confidential-clients/

Furthermore, Black Lives Matter (only 17% of whose members are black) were involved in 95% of those incidents.  It has been well documented that BLM is funded by “George Soros” (long since dead), which is a code name for the Zionists in Switzerland.

Remember BLM is using communist flags and the P2 run out of Switzerland (by “aliens”) claim to control communism.  NSA sources say the U.S. Satanic sabotage campaign is being run out of an underground base near Palm Springs, California.

Here is what the Pentagon is saying about their counter-offensive:

“With Supreme Court Terms beginning on October 5th, Trump may appoint Catholic judge Amy Coney Barrett to a Ruthless Supreme Court and the Senate may even confirm her in October so the high court will operate at full strength to stop the Democrats from stealing the election.”

Also, a 4.8 [magnitude] quake near LA on the night of Ruth Bader Ginsburgs’ death may signal that children are still getting rescued from underground, and military operations are underway.

The battle is also raging in many other countries.  In Japan, military intelligence report preparations are underway for a major campaign against underground bases in Tokyo and Kyoto.  ‘There are 300 underground facilities built during World War II in Japan that have been remodeled from the former Army and Navy bases of the Empire of Japan,’ Japanese military intelligence sources say.

They say Japan has been forced to provide 16,000 children per year to the Khazarian Mafia.  These children are transported from Tokyo underground bases to the city of Shima in Kagoshima Prefecture.  From there they are transported to the Island of Hainan, China, which Japanese military intelligence says is the largest human trafficking hub in Asia.

In nearby Korea, the Zionist campaign to use the issue of “comfort women,” to keep Japan and South Korea fighting suffered a setback as a slave politician was busted for accepting (or embezzling) “comfort money.”  http://www.koreatimes.co.kr/www/nation/2020/09/251_296005.html

Back in Israel, according to Pentagon sources:

“A weak Bibi [Prime Minister Benjamin Netanyahu] facing protests at home and a looming corruption trial was summoned to the White House on September 15th, while the King of Bahrain and mbz [UAE ruler Sheikh Mohammed bin Zayed] didn’t even show up for Bahrain and UAE “peace deals.”

Trump may not win the Nobel Peace Prize unless and until a fair peace deal is reached with Palestine per the Arab peace initiative, and another Nobel for peace with Iran, the sources added.

The Israeli/French nuclear bomb attack on Lebanon is also blowing up in their faces.  The attack was intended to force Lebanon to hand over offshore oil concessions but instead, it has led to a joint Turkish/U.S. military campaign to cut off Israeli energy exports according to Mossad sources.

In the Zionist colony country of Georgia, meanwhile, whistleblowers have revealed they are actively trying to develop new bio-weapons, in a sign they are still trying to save themselves by killing us all. https://orientalreview.org/2020/09/10/the-us-biological-bomb-in-georgia/

Of course, the Zionists are trying to pin the ongoing scamdemic and bioweapons plus electromagnetic weapons attacks on China or the U.S.  However, only a few remaining brainwashed sheeple actually believe these feeble attempts at misdirection.

The battle is raging in South America too.  There, the cabal’s coup d’etat aimed at stealing Bolivia’s massive lithium deposits is running into huge local opposition.  Note to Elon Musk: the Bolivian lithium theft will fail. https://www.reuters.com/article/us-bolivia-election-anez/bolivia-election-race-heats-up-as-field-tightens-idUSKBN269354?il=0&utm_source=reddit.com

There is also trouble for the Zionists in Germany.  For weeks I have been ignoring the fake story of “Russian Opposition Politician Alexey Navalny” being “poisoned with Novichok,” because it was such a badly run psy-op.  However, we would like to inform our readers that Maria Pevchiv, a Russian who has worked for MI6 for 10 years, is the person who poisoned him, according to Spanish intelligence sources.  Here is a picture of her: 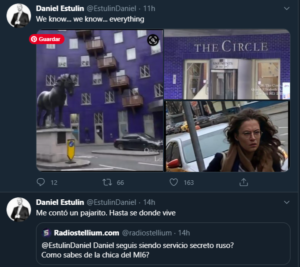 The aim, of course, is to force Germany to buy expensive oil from the Middle East or the U.S. instead of cheap gas from Russia via the Nordstream II pipeline.  We decided to out her because the world is sick and tired of these sorts of criminal antics by intelligence agencies on behalf of multi-national corporations. https://edition.cnn.com/2020/09/19/europe/navalny-recovery-staircase-post-intl/index.html