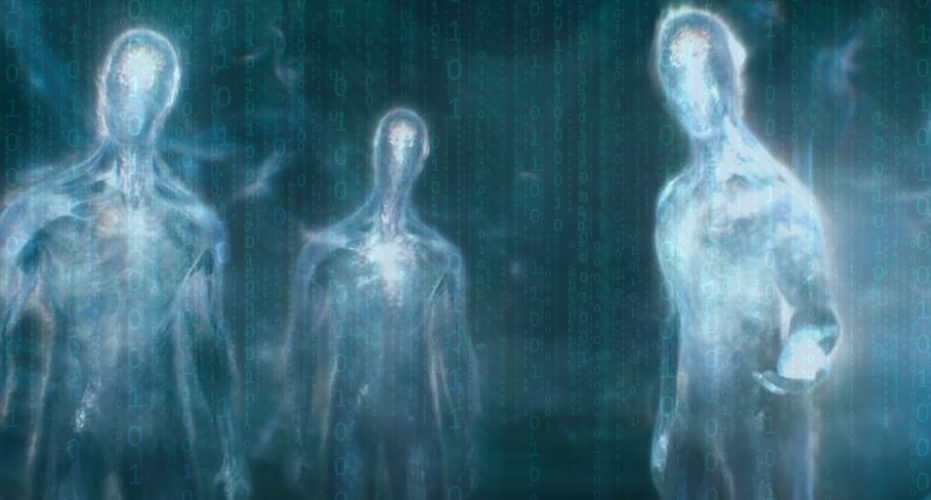 Despite the fact that such beings are believed to exist only in science fiction, fantasy and the supernatural, there are numerous Ufologists who refer to them as real beings. The interdimensional hypothesis was proposed by a number of Ufologists like Jacques Vallée who suggests that unidentified flying objects (UFOs) and related events (such as alien sightings) imply visits from beings from other “realities” or “dimensions” that coexist separately with ours.

Some have referred to these beings as visitors from another universe.

In other words, Vallée and other authors suggest that aliens are real but exist not in our dimension, but in another reality, that coexists with our own.

This theory is an alternative to the extraterrestrial hypothesis which suggests that aliens are advanced spacefaring beings that exist in our universe.

The interdimensional hypothesis argues that UFOs are a modern manifestation of a phenomenon that has occurred throughout recorded human history, which in earlier times was attributed to mythological or supernatural creatures — Ancient Astronaut theory.

But despite the fact that modern Ufologists and millions of people around the globe believe we are not alone in this universe, many ufologists and paranormal researchers have embraced the interdimensional Hypothesis, suggesting that it explains the Alien theory in a much smoother way.

Paranormal investigator Brad Steiger wrote that “we are dealing with a multidimensional paraphysical phenomenon that is largely originating from planet Earth.”

Other ufologists, such as John Ankerberg and John Weldon, who also favor the interdimensional hypothesis argue that UFO sightings fit in the spiritualist phenomenon.

Commenting on the disparity between the Extraterrestrial hypothesis and the reports that people have made of UFO encounters, Ankerberg and Weldon wrote that “the UFO phenomenon simply does not behave like extraterrestrial visitors.”

This Interdimensional Hypothesis took a step further in the book UFOs: Operation Trojan Horse published in 1970, where author John Keel linked UFOs to supernatural concepts such as ghosts and demons.

Some advocates of the extraterrestrial theory have embraced some of the ideas set forth by the Interdimensional Hypothesis because it does a better job explaining how ‘aliens’ could travel in space across vast distances.

The distance between the stars makes interstellar travel impractical using conventional means and since no one has demonstrated an antigravity engine or any other machine that would allow a traveler to move across the cosmos at speed faster than light, the Interdimensional Hypothesis makes much more sense.

According to this theory, is not necessary to use any method of propulsion because it maintains that UFOs are not spacecraft, but devices that travel between different realities. However, they still need to get from one reality to the other, right?

One of the benefits of the Interdimensional Hypothesis according to Hilary Evans — a British pictorial archivist, author, and researcher into UFOs and other paranormal phenomena — is that it can explain the apparent ability of UFOs to appear and disappear, not only from sight but from radar; as the interdimensional UFO’s can enter and leave our dimension at will, meaning they have the ability to materialize and dematerialize.

On the other hand, Evans argues that if the other dimension is slightly more advanced than ours, or is perhaps our own future, this would explain the tendency of UFOs to represent technologies close to the future.

While all of the above may sound like something coming from a sci-fi movie, there is a peculiar declassified top-secret document in the FBI archives which speaks of interdimensional beings, and how their ‘spacecraft’ have the ability to materialize and dematerialize in our own dimension.

The document can be accessed HERE. Here is a transcript of some of the most important details of the report:

Part of the disks carry crews; others are under remote control.

Their mission is peaceful. The visitors contemplate settling on this plane.

These visitors are human-like but much larger in size.

They are not excarnate Earth people but come from their own world.

They do NOT come from a planet as we use the word, but from an etheric planet which interpenetrates with our own and is not perceptible to us.

The bodies of the visitors, and the craft, automatically materialize on entering the vibratory rate of our dense matter.

The disks possess a type of radiant energy or a ray, which will easily disintegrate any attacking ship. They reenter the etheric at will, and so simply disappear from our vision, without trace.

The region from which they come is not the “astral plane,” but corresponds to the Lokas or Talas. Students of osoteric matters will understand these terms.

They probably cannot be reached by radio, but probably can be by radar. if a signal system can be devised for that (apparatus).

First case of postmortem study of patient vaccinated against SARS-CoV-2; “viral RNA found in every organ of the body”

PFIZER VP: “THE THING TO BE TERRIFIED OF IS YOUR GOVERNMENT”

FUNERAL DIRECTORS SPEAK OUT – THE ONLY ONES DYING ARE FROM...

PFIZER VP: “THE THING TO BE TERRIFIED OF IS YOUR GOVERNMENT”

Ex-Israeli pilot: ‘Our army is a terrorist organisation run by war...