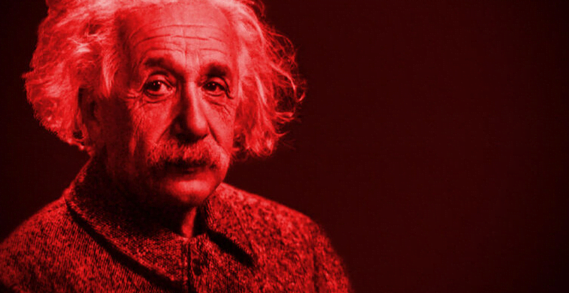 “Using newer mathematical tools, my colleague and I have demonstrated a new theory that may accurately describe the universe.”

A pair of professors fr0m North Carolina State University are proposing an entirely new model of physics that could rewrite the way we think about matter.

Their extremely ambitious proposal, as outlined in an essay for The Conversation, does away with particles or waves, both fundamental building blocks of matter, and suggests instead that all the physical stuff in the universe is made up of “fragments of energy” instead.

Larry Silverberg and colleague Jeffrey Eischen’s theory would even end superceding Einstein’s theory of general relativity, which has been used for over a century to explain physical phenomena, most prominently the warping of space and time.

“Using newer mathematical tools, my colleague and I have demonstrated a new theory that may accurately describe the universe,” Silverberg argued in the essay. “Instead of basing the theory on the warping of space and time, we considered that there could be a building block that is more fundamental than the particle and the wave.”

The duo posit that rather than particles and waves existing as counterpoints, “it made logical sense for there to be an underlying connection between them.”

The theory is based on the fundamental idea that energy keeps flowing through space and time in never ending streams that never cross.

“Working from the idea of a universe of flowing energy lines, we looked for a single building block for the flowing energy,” Silverberg writes. “If we could find and define such a thing, we hoped we could use it to accurately make predictions about the universe at the largest and tiniest scales.”

Their new most basic unit of matter, dubbed a “fragment of energy,” is “a building block that looks like a concentration of energy – kind of like a star – having energy that is highest at the center and that gets smaller farther away from the center,” according to Silverberg.

The pair put their new theory to the test by evaluating two prominent astronomical observations that were used to confirm Einstein’s theory of general relativity.

The first was Mercury’s unusual orbit. Einstein suggested that space and time were being warped to cause the planet’s orbit to shift, thereby explaining shifts in light observed by astronomers.

The second was concerned with how light bends as it stretches across warped space time near the Sun.

As for the second, they propose, the Sun retains its giant fragment of energy status while the light passing by is modeled as massless matter traveling at the speed of light.

Will it all hold up? Only time will tell — but it’s not every day that researchers challenge Einstein.