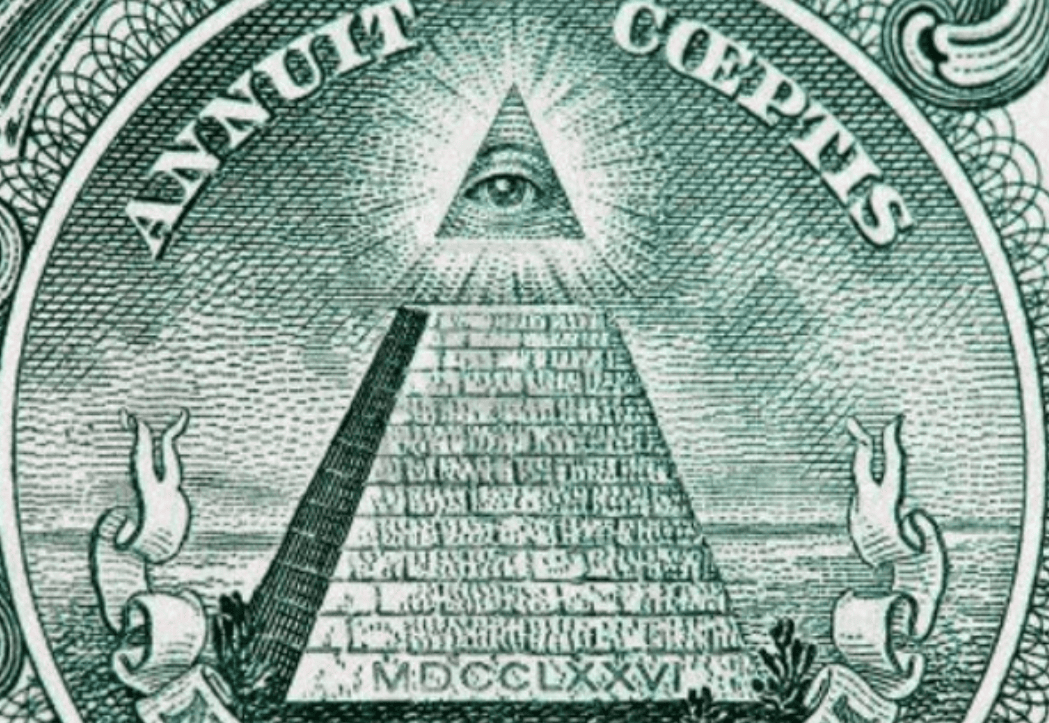 Contributing writer for Wake Up World

Even a dictatorship by any other name is in fact oligarchy, and more specifically oligarchical collectivism, a grouping of oligarchical mechanisms and institutions. In fact, a simple way to conceptualize oligarchical collectivism is via a pyramid. A pyramid is made up of many stones with fewer and fewer the higher the level, but all dependent on the functions of the pressurized stones or systems below them.

The esoteric symbolism of the pyramid is related to ascension, of the individuation process and internal climb to develop and grow, and to know thyself. The flipped externalized exoteric symbolism belittles the self-development and self-control symbolism and now we have the ‘pyramid system’ idea and the control systems in pyramidal fashion.

Of all the variations of government, no matter the design, be it democratic or authoritarian, or any other type, the steepness of the slant of the local oligarchical collectivism is generally angled at what the population will tolerate. If the population will tolerate a steep slant than it will be angled as such. The overall collective angle of the mind state is in alignment with the angle of steepness of the state they are in.

“A man can’t ride your back unless it’s bent.” ~Martin Luther King

Reality is fictionalized in Orwell’s 1984. In the story the steeper more sheer oligarchies of the world have teams of redactors of information hard at work jostling and repositioning information presentation so that the story line is in accordance with the steep state slant. In 1984 there was another whole other cast of workers that eliminated words from the lexicon.

This exactly, though allegorically, depicts the control system of steep oligarchical collectivism. Information control and mind control beginning with the very grammar that forms logic and rhetoric is key to maintaining steep oligarchical collectivism. 1984 allegorically reveals what such steep systems seek to eliminate; freedom of speech, freedom of information, freedom of thought, freedom to gather, and to freedom communicate concepts and grievances.

No free speech, no free thought. As Putinistan began its invasion of Ukraine it eliminated access to information and enhanced punishment for sharing information that countered the slanted state story. In fact, simply using the word ‘war’ could result in incarceration, it is a special military operation (compete with peace talks) and that is that.

Whether Big Brother of 1984 or the little orc of Putinistan all authoritarian piles seek to sever freedom of information and diminish freedom of speech because they know that they are dependent on the caste society staying in their place. They know if the slant shifts to remove pressure from below the oligarchical collectivists above may fall catastrophically. They know freedom of information breaks slanted oligarchical collectivism.

“When violence bursts onto the peaceful human condition, its face is flush with self-assurance, it displays on its banner and proclaims: “I am Violence! Make way, step aside, I will crush you!” But violence ages swiftly, a few years pass—and it is no longer sure of itself. To prop itself up, to appear decent, it will without fail call forth its ally—Lies. For violence has nothing to cover itself with but lies, and lies can only persist through violence. And it is not every day and not on every shoulder that violence brings down its heavy hand: It demands of us only a submission to lies, a daily participation in deceit—and this suffices as our fealty.

And therein we find, neglected by us, the simplest, the most accessible key to our liberation: a personal nonparticipation in lies! Even if all is covered by lies, even if all is under their rule, let us resist in the smallest way: Let their rule hold not through me!

And this is the way to break out of the imaginary encirclement of our inertness, the easiest way for us and the most devastating for the lies. For when people renounce lies, lies simply cease to exist. Like parasites, they can only survive when attached to a person.

We are not called upon to step out onto the square and shout out the truth, to say out loud what we think—this is scary, we are not ready. But let us at least refuse to say what we do not think!

This is the way, then, the easiest and most accessible for us given our deep-seated organic cowardice, much easier than (it’s scary even to utter the words) civil disobedience à la Gandhi.” Ethan Indigo Smith’s book  The Complete Patriot’s Guide to Oligarchical Collectivism: Its Theory and Practice  is  an insightful exploration of  history, philosophy and contemporary politics of today’s heavily institutionalized society.

An inspiration for positive, peaceful individual action,  The Complete Patriot’s Guide  is pro-individual in its perspective and, although political, discusses our society and its institutions  from neither left-wing nor right-wing perspectives, exploring  metaphors and symbolism relative to the fictional work of George Orwell  through real history, philosophy and contemporary politics. Layered with insight, it is in part a literary exploration of the themes raised in  Orwell’s 1984, and provides theories for  individual and collective empowerment.