Prepare For Change
Home Financial Why Russia, which spends One-Twentieth What America Does on Military, Is Militarily... 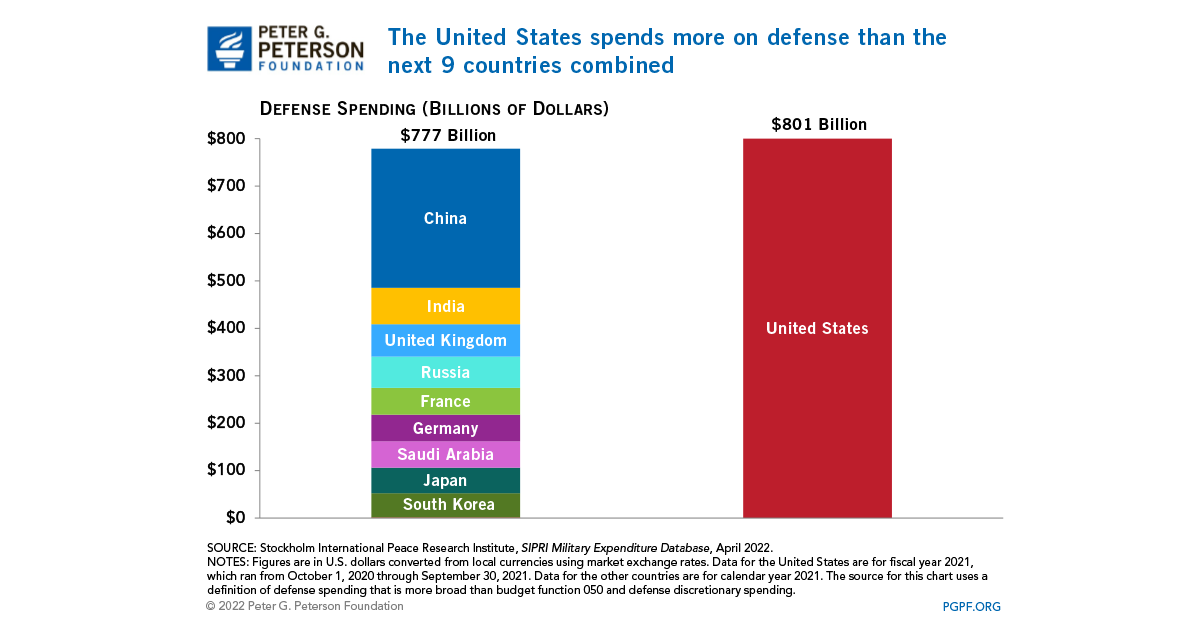 Ever since America’s failed war against Vietnam, the U.S. Government has been accustomed to military failure. That war began in 1954 when President Eisenhower “sent 700 military advisers to South Vietnam” without seeking congressional approval, and in violation of the U.S. Constitutional requirement for there to be no U.S. standing army and thus explicitly that only after a congressional declaration of war can a President send any U.S. forces to any foreign country. Ike relied upon his immediate predecessor President Truman’s precedent of having done the same thing (violated the Constitution) by sending a force for “police action” (lying that it wasn’t military) to start his war to conquer Korea by enforcing Truman’s General Order #1, on 17 August 1945, to stop North Korea’s forces from advancing into South Korea. Ike then hid from JFK this and other traps that were awaiting him in Vietnam, and in Cuba. According to JFK’s description of his 19 January 1960 meeting with Ike prior to assuming office, JFK said, regarding Vietnam, “Eisenhower never mentioned it, never uttered the word Vietnam.” Ike never mentioned the 700 troops in Vietnam, but JFK found that he had inherited that. So, “In May 1961, Kennedy sent 500 more American advisers to Vietnam” — he just continued Ike’s unConstitutional policy there; it was the path of least resistance. Soon, however, he learned that it was a dreadful mistake, and that Ike had silently left minefields for him and had aimed to get his successors blamed for Ike’s disastrous decisions (which Kennedy learned too late). “By early November 1963, the number of US military advisers had reached 16,000”, but Kennedy already knew that he was trapped and would be attacked especially by Republicans if he changed course. He was just learning the ropes, and starting to think about how to change course, when he got assassinated (and his V.P. Johnson continued those errors).

That war ended in a U.S. defeat when President Ford withdrew the last U.S. troops from Vietnam by helicopters on 30 April 1975. (He, of course, failed to win election. His successor, Carter, then failed to win re-election, due to Ike’s having stolen Iran in 1953 and Carter’s suffering the resultant Iranian anti-American fervor in 1979, which doomed his campaign and brought in President Reagan.)

Afterward, the only successful U.S. wars were two very limited ones, both waged by President GHW Bush: one to seize and capture Panama’s leader and drug-trafficker Manuel Noriega on 3 January 1990; the other to expel Iraq’s forces from Kuwait during 24-28 February 1991.

America’s other wars were failures, or, at best, partial failures: Grenada in October 1983, Beirut in 1983-4, Libya in 1986 and again in 2011, Somalia 1992-95, Haiti 1994-5, Yugoslavia 1995-2000, Afghanistan 2001-2021, Philippines 2002-2017, Iraq 2003-22, Libya 2011-2022, Syria 2012-2022, and Ukraine (coup) 2014-2022. (They all were successes for America’s arms-makers, however.) None of America’s invasions after WW II was justified, nor was any of them in accord with America’s Constitution. All of them were done in order to use, test-out, and to wear-out and replace, U.S. weapons, so as to increase sales-volumes and enrich political donors, who got the congresspeople elected that they wanted elected, to vote for these invasions and for the military appropriations. The system succeeded at what it was designed to do: produce profits for those American international corporations, whose owners control the U.S. Government.

And then there are the U.S. regime’s many other undeclared wars, which are partnerships with U.S.-allied regimes in which America supplies only the weaponry and training but no direct fighters, such as in America’s partnership with the Sauds to grab control over Yemen — causing mass starvation in Yemen. (It burns up lots of U.S. weapons, thus likewise pumping U.S. weapons-sales and profits.)

In crucial military technologies, Russia is the world’s leader. For example, on December 23rd, South Front headlined “KINZHAL HYPERSONIC MISSILE PROVED TO BE UNSTOPPABLE IN UKRAINE: RUSSIAN MILITARY CHIEF”, and it’s no mere brag by Russia; it is true. (Such missiles would be unstoppable in any nation.) Furthermore, on November 14th, I headlined “U.S. GAO Finds Failure Is the Norm in U.S. Military Aircrafts”. That’s what happens when the military manufacturers serve their investors instead of the public. On June 17th, U.S. military expert Alex Vershinin headlined at the UK’s Royal United Services Institute, “The Return of Industrial Warfare”, about how inferior America is militarily as compared to Russia, and he argued — without mentioning or even showing any awareness of it — that America’s replacing industrialization (the manufacturing economy) with financialization (the financial-services economy) had done this (hollowed-out America’s military). I would argue more specifically that the resultant intense corruptness in America’s military has done this. The U.S. ‘Defense’ Department is the ONLY federal Department that can’t be audited. Its opportunities for graft are unlimited (or else are limited only by the value of the dollar, which would mean that the dollar’s international value is bound to crash and collapse some day, as having been the ultimate Ponzi scheme). In fact, trillions of dollars in spending by the Pentagon simply cannot be traced. Nobody knows, or can find out, where it went. However, already on 3 June 2016, America’s National Interest magazine had headlined “Russia vs. America: A Nuclear Bomber Showdown: Who wins?” and answered that Russia was way ahead and would likely remain so: “the situation is not going to change in the foreseeable perspective — each step of the parties is followed by a quick response. Thus, as long as the United States develops its antimissile defense, Russia is going to develop ICBMs and warheads likely to penetrate this antimissile defense. The only beneficiaries in such a situation are weapons manufacturers.” And, as things have turned out, even Russia’s antimissile defense systems are superior to America’s. However, to America’s rulers — its billionaires — their net worth is more important, and their system is very successful at increasing that.

Another reason why Russia gets far higher bang for each military buck spent is that whereas America’s military is designed to expand the American empire throughout the world, Russia’s is designed to protect the nation’s sovereign independence and to ward-off America’s constant (ever since 1945) aim to turn Russia into yet another U.S. ‘ally’ (vassal-nation). Whereas America’s billionaires drive America’s military for increasing their empire, the Russian population drive Russia’s military for the nation’s protection and very survival.

There is no evidence — none — that Russia, spending $70 billion annually on its military, is militarily inferior to America, which spends $1.5 trillion per year on its military.

In a country that spends 20 times more for its military but gets military inferiority instead of military superiority, deceiving the public is essential (in order to function as being a ‘democracy’, which the U.S. Government needs in order to be able to call any country it aims to take over — or regime-change — a “dictatorship”). And that is the way it is done, and has been done, for decades, now. So, the military has been, at least since 2001, the highest-respected institution of all, by the American people. The trick has been very successful.

Investigative historian Eric Zuesse’s new book, AMERICA’S EMPIRE OF EVIL: Hitler’s Posthumous Victory, and Why the Social Sciences Need to Change, is about how America took over the world after World War II in order to enslave it to U.S.-and-allied billionaires. Their cartels extract the world’s wealth by control of not only their ‘news’ media but the social ‘sciences’ — duping the public.