Prepare For Change
Home Awakening PUPPETS NO MORE – A Review of the (Dark Nobility) Political Situation... 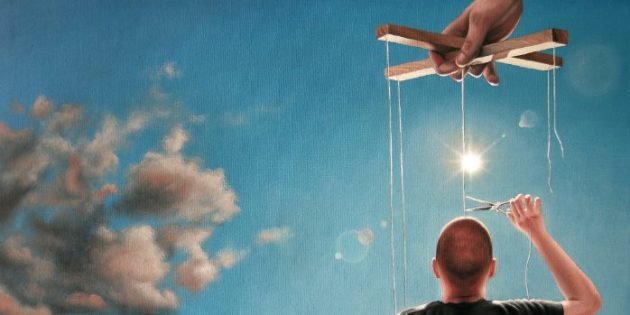 TZ here; This post was linked in Cobra’s update earlier today however I feel that it is worthy of a separate posting as this type of information needs all the repeating it can get.

Politicians are all just puppets for true power that prefers to govern from the shadows and remain anonymous for security purposes.  We all know this.  So who’s controlling the strings Donald Trump and Hillary Clinton?

Let’s start with Hillary because she is really just a shill for Bill, who has been on the political scene since the late 70’s.  Bill Clinton is the illegitimate child of form Arkansas Governor Winthrop Rockefeller:

This makes Hillary by default a Rockefeller puppet, and we know the Rockefeller clan is linked back to the Black Nobility of Eastern Europe:

As for Donald Trump, his grandfather was born in Germany and ran speakeasies and brothels, then moved to the US around the 1900 and did the same.  His father took over the family business, and passed it down to his son, Donald.

Given that Germany is the home of the 3rd and 4th Reich, and both his male descendants were Nazi supporters, it is safe to assume Donald is cut from the same raciest cloth, and certainly the same entitled elite cloth of American business titans with Eastern European financial backers.

So whether you were planning on voting for Hillary or Donald his election cycle, don’t bother.  You’re in essence voting for a bought and sold puppet with strings leading back to Eastern European roots; thus neither is an authentic American agenda at heart.  It’s all more of the same.

In fact, it can now be seen that Donald has been ordered to take a dive for Hillary, which keeps the Clinton/Rockefeller/Rothschild Dynasty in power; and thus Donald is malevolently serving his Dark Nobility family with a defeat both in politics and in terms of reputation–which will be made up to him amply through other real estate investments we’re certain.

Hillary by default would be the next American President, and devout Jesuit operative Paul Ryan, the squeaky clean face of conservative politics installed by Pope Francis last September, will of course still control Congress… making both just puppets being pulled by the same Dark Nobility strings, just by different names and political parties.

This is how American politics really works, and has always worked since the days of George Washington (who ran essentially unopposed) during the first US Presidential Election, circa 1788–89.

The Dark Nobility always figures out a way to covertly place two seemingly opposed candidates within a binary election structure, so that they never lose control of the top decision making seat.  Doesn’t matter what country, they always attempt to position their people in top leadership position to control the masses anyway they desire.

What’s happening now is their binary structure of control has been thrown out of all democracies via the Paris Agreement, and even their puppet dictators are having to step aside.  Here in the USA, all three branches of government: White House (Executive), Congress (Legislative) and the Supreme Court (Judicial) have been replaced quietly without public knowledge because America is finally returning to its pure Constitutional roots as an organic Republic, free of foreign control mechanisms and agents–which is why the first wave of English settlers came to the new world in the first place–to get away from Dark Nobility political control and burdening taxation.

Also, they wanted freedom from printed central bank money, which has also now been thrown away worldwide; meaning, the dark cabal can no longer print their way into absolute power anywhere in the world.  This also means that other global corporate industries will be relinquished by the Dark Nobility, including but not limited to military, food supply, media, technology, education, entertainment, science and pharmaceuticals.

So what we are waiting on as Americans?

Well, yes, a financial resetting of our currency and several other countries also enslaved by Dark Nobility actors, but also the restoration of our original form of Republic government.  An announcement of this transition is forthcoming.  So to our the announcement of new currency printed by the Republic Treasury.  These changes must eventually be made as public fact.

The truth is even deeper than that, as no nation of the world is but a puppet of the Dark Nobility any longer, despite what modern mass media would try and lead you to believe.  Their well established propaganda campaigns are crumbling by the hour, and keeping a lid over this historic transition of ages is obviously impossible.  Yet their keep trying… bless their little corrupt hearts.

This means also that mankind is now free to explore their own human potential without any limitation placed upon them, financially especially, but also spiritually.  We are free as a species, and as individuals, for only the second time our evolutionary history.

The long awaited Acquarian Age is upon us, and it is rolling out effortlessly.  It’s arrival is nothing short of miraculous and  monumental.  As one human race of living, soul-filled beings, our collective rate of ascension will be stunning.  Technological advances will come so quickly, so constantly, so easily that it’ll make all heads spin and legs jump for joy.

Old ways of thinking and acting just no longer apply, right now, as fear lessens by the minute in all human decision making.  Collective consciousness is at this hour rising as a result, and we can now safely welcome new ideas, possibilities, and realities as they lovingly emerge onto the scene both in mass and with unprecedented abounding creativity.

So by all means, cut all your strings to the past, and adopt fresh, new ways of thinking so that your former enslavers accept they can no longer keep you ignorant, indifferent and terrified a moment more.  Remember, change is not their specialty after 13 millennia of control, thus in your ability to “change your mind” lies your freedom.

Watch as the Dark Nobility surrenders to possibility, surrenders to hope, surrender to love, surrenders to the Will of God–the same God they rebelled against when arriving on this planet.  Because no more are there vibrational limitations holding back humanity now… we children of the light, are truly free and united as one.

God is with us.