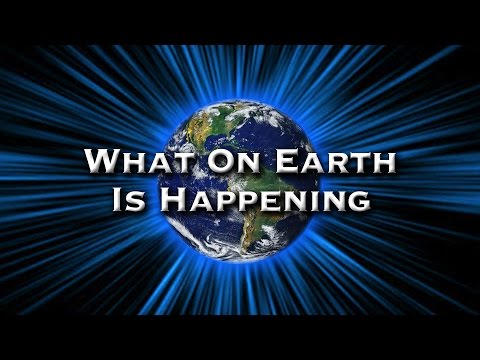 I was imprisoned my entire life. As a child I was trained in the underground bases and taken all over the world to experience and sometimes live with remote societies as well as sometimes breakaway civilizations.

The Dawning Of The Truth

At first, for many years, I thought there was such joy to be found but also that I and the others were imprisoned by these military faction who sought to control the world so they can drive the innocent into the dirt pushing their faces into the ground as they struggle into obscurity.

When I grew into my teens my earlier suspicion that there was more to that story was beginning to come to light. The people I met in school and various aspects of this society were anything but appreciative of their calm and easy lives.

Everything is taken for granted, from health to family to the technology that is used on the surface to prolong life and make tasks easier. The greatest tools are used to solve the ultimate problem of “boredom”. Boredom in a society that is be purged of all innocence and ignorance. That doesn’t exist.

First ignorance is built up, then it is purged.

I realized, as I grew, that I was most hurt by people on the surface. I was most emotionally damaged by those who pretended to be who they wanted you to think they were.

These are people who are truly products of their environment. There is no forethought or afterthought to their existence. Everything “just is”, but not in the Zen sense of being accepting of everything, even the darkness. This was in a sense where they couldn’t be arsed to deal with something if it wasn’t pre-packaged with bright colors and flavored to their liking. If it wasn’t half-way done for them, then it wasn’t worth doing.

If it caused them any form of emotional, mental, or physical discomfort, then there must be an easier path to be found that would offer near instantaneous gratification without so much as having to build new muscle, experience undesirable emotional sense, or re-organize a neural-network. As long as they wouldn’t immediately die as a direct result of the outcome of avoiding the challenge to know themselves, their reality, or those around them, they would avoid all at costs.

This was the way of the Earth Human circa 2000. There has never been a time like this in history.

A Society In Downfall

I slowly began to realize that the teachers, the bosses, the peers, the social pressure, the public places and the toxic foods and products that were found there, those are the carries of the plague of Earth and this is not without good cause.

The truth dawned on me that while learning to accept harsh realities of alternate methods of taming the mind was difficult by definition, that I had never known torture greater than living in a world where everyone is seemingly asleep while they are awake.

Imagine going around trying to shake people awake, physically shaking them by the shoulders and only getting blank stares in response as they walk off into the distance mumbling about some mental input that they had received from some form of technology or authority that had coated their mind stripping away the essence of what it means to be alive and unique.

Imagine waking up to that one day, with no other place to go, no way to get as far away as possible, and no way to rationalize what had happened.

This civilization has jumped timelines more than once.

The truth dawned on me that the major sources of my pain were in the early youth from earlier conditioning scenarios and from the continual pain of having to know what I learned about the mind and reality while everyone on the surface is content with simply being told what to think, how to feel, and why to exist. People live for a cause, and most people live to serve the cause they are indoctrinated with.

Most people would say that I am the one indoctrinated, but I do not fear what those people fear and what they do fear I see from a different perspective, a perspective that offers me self-empowerment and the ability to see my place in the universe.

I feel continually appreciative knowing my place and there are bouts of extreme denial or insecurity, yet this is inconsistent in comparison to the knowledge of what I have seen as self-empowering by default and in reference to the alternative. That is, the alternative where people do not know why they are alive except to gather materials and status in a world of people who are equally confused and frightened of what may be out there to be discovered (or in here).

Truthfully, the trauma in this world is not any secret, oppressive control system, it is people’s willingness to follow the illusion of power as if this is the true power of the self, to buy from and sell to the lowest bidder of possibilities, and to accept for themselves and role where they have to try the least to receive the least in return. All quantity, ever reducing quality. Can you see where that leads?

So the truth may be hard to bear, but regardless of what any plans are to change the world, THAT problem is NOT going away on its own and the people MUST change if this civilization is to continue existing in any format.

So the harsh truth is that these various factions saved us and every other person out there that has been involved even though there is not a clear line outline of who is who and, what and why this is happening. Sure, there are some wayward events and agendas but that is not the entire situation.

For the record, these people generate your society and your future for you, because people lost the ability to do so a long time ago as a result of experimentation related to “time wars” or what was referred to in the bases and in other colonies as “the electric wars”. Another name is “the 1000 years war”.

Yes, these people influence your daily news, who you see and watch on TV and in the movies, what you read and where, how you think and what you fear. These people are related to the original society and the original civilization and there is so much more than can be said without completely confusing you because this goes into other civilizations and ultimately the true nature of reality which is that humans are not humans.

Whatever the case, the idea is that people on the surface are infected with a disease that makes them destroy their own civilization while listening to music, ignoring all attempts to bring them to focus, while talking on the phone and taking pictures at the same time. That is the most traumatizing scenario everyone in the bases has ever seen. Oh and if you entangle with them, they’ll try to eat your soul and convert you into a zombie without ‘time-gate’ access to ever leave this place.

Your ticket into the real is by remaining true to yourself and ultimately fighting your way out of the BS by ignoring it until you know how to convert it into knowledge. These people know how to pass knowledge and seemingly generate knowledge but this is impossible. We found that knowledge exist within a person once they are born and this must be unveiled through the trials of tempering the human soul.