Prepare For Change
Home Ascension ICELAND KNOWS HOW TO STOP TEEN SUBSTANCE ABUSE BUT THE REST OF... 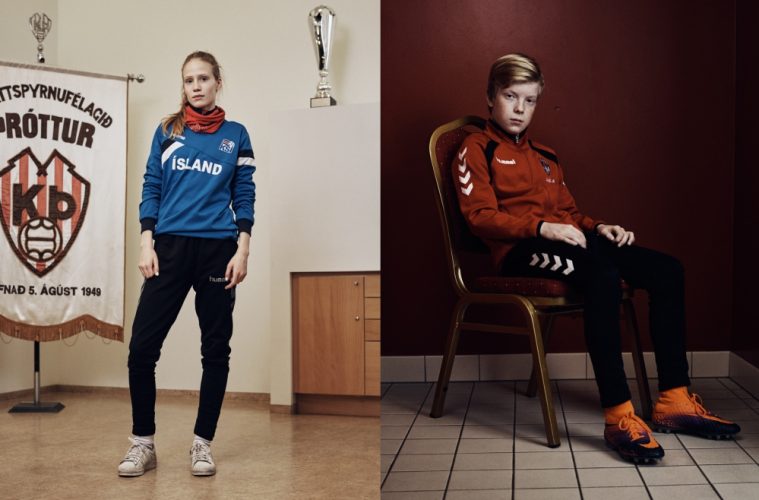 I think it’s safe to say that most teenagers have tried and/or abused alcohol or illegal drugs, yet teen substance abuse rarely gets the attention it needs. Drugs and alcohol have a more detrimental effect on the underdeveloped brain, particularly since teens lack the ability to adequately assess risk, making them more likely to overindulge in substances. It’s this same lack that explains why people tend to be braver and more open to trying new experiences as teens than as adults. But this courage comes at a cost, as teens cannot adequately assess the risks of the substances they are taking. And schools aren’t doing nearly enough to educate them.

I remember seeing presentations from a program called DARE, or Drug Abuse Resistance Education, when I was in school. Although we were taught to avoid drugs, the focus was more on avoiding criminal behaviour than protecting our bodies. There wasn’t much focus on long-term effects of drug use. They always maintained that abstinence from drug use was best and that marijuana was the gateway drug, though I believe it’s become pretty obvious that alcohol better serves that description. Alcohol is readily available and easy to obtain, be it from parents’ liquor cabinets or fridges, older siblings, or underage bars.

Teens are faced with tremendous pressure, from their parents, their teachers, and especially their peers — it’s no wonder it is so easy to reach out for that escape, to keep your mind off all of the stresses, but also to just be cool and to fit in.

So How Can We Tackle This Issue?

According to an Icelandic psychologist, Gudberg Jonsson, just twenty years ago Icelandic teens were among the heaviest drinking youths in all of Europe. Apparently you couldn’t even walk downtown in Reykjavik on a Friday night without being bothered by rowdy teenagers getting wasted. He says it felt unsafe. These days, Iceland has various after school classes in facilities that include heated swimming pools and clubs for music, dance, or art.

This country has been able to achieve such a successful turnaround thanks to what might best be described as enforced common sense. “This is the most remarkably intense and profound study of stress in the lives of teenagers that I have ever seen,” says Milkman. “I’m just so impressed how well it’s working.”

Milkman believes that if this model were adopted in other countries it could benefit the physical as well as psychological well-being of millions of kids worldwide.

How Does This Become a Problem?

“Any college kid could say: why do they start? Well, there’s availability, they’re risk-takers, alienation, maybe some depression,” he says. “But why do they continue? So I got to the question about the threshold for abuse and the lights went on – that’s when I had my version of the ‘aha’ experience: they could be on the threshold for abuse before they even took the drug, because it was their style of coping that they were abusing.”

Milkman helped develop the idea that people were addicted to changes in the brain chemistry, rather than the drug itself. “People can get addicted to drink, cars, money, sex, calories, cocaine – whatever. The idea of behavioural addiction became our trademark,” he says.

This is what spawned another idea: “Why not orchestrate a social movement around natural highs: around people getting high on their own brain chemistry – because it seems obvious to me that people want to change their consciousness – without the deleterious effects of drugs?”

By 1992, Milkman’s team in Denver had been granted $1.2 million from the government to fund Project Self-Discovery, which offered teenagers natural high alternatives to drugs and various crimes.

“We didn’t say to them, you’re coming in for treatment. We said, we’ll teach you anything you want to learn: music, dance, hip hop, art, martial arts.” The idea was that these different classes catering to the interests of many teenagers could get the teens excited and provide alterations in their brain chemistry. It would keep them busy for one, but also it would keep them interested and in the learning phase. Being addicted to dance is obviously a much better alternative than being addicted to drugs or alcohol.

At the same time, teens also received life-skills training, which focused on having more positive thoughts about themselves, their lives, and how they were interacting with others. “The main principle was that drug education doesn’t work because nobody pays attention to it. What is needed are the life skills to act on that information,” Milkman says.

In 1991 Milkman was invited to Iceland to talk about the findings of his work. He then became a consultant to the first residential drug treatment center for teens in Iceland, in a town called Tindar. As Milkman said, “it was designed around giving kids better things to do.” Seems simple enough!

The mayor of Reykjavik was also interested in trying something new, and parents of the Icelandic children and teens felt the same. Using some survey data and insights from research that included some from Milkman, a new national plan called “Youth In Iceland” was gradually rolled out.

Part of this plan involved changing some laws. It became illegal to buy tobacco under the age of 18 and alcohol under the age of 20, and advertising for both were banned. The relationship between parents and the school councils were strengthened and parents were educated on the importance of spending a lot more time with their children. They were encouraged to talk to their children about their lives and know who their friends were. Parents were also encouraged to keep their children home in the evenings.

Iceland even issued a curfew — teens between the ages of 13 and 16 were not allowed to be outside past 10pm in the winter and midnight in the summer. This curfew is still in effect today.

Possibly the most important step to this plan was increasing state funding for organized sport, music, art, dance, and other clubs. This allowed kids more ways to be able to bond with their peers and feel good and have fun, without resorting to drugs and alcohol. Lower income families also received a bonus for each child so that they too, could participate in these activities.

What Was the Outcome?

Between 1997 and 2012, the percentage of kids aged 15 and 16 who reported always spending time with their parents nearly doubled, increasing from 23% to 43%. The percentage of teens who participated in organized sports at least four times a week increased from 23% to 42%. Use of cigarettes, cannabis, and alcohol, on the other hand, all plummeted.

“Although this cannot be shown in the form of a causal relationship – which is a good example of why primary prevention methods are sometimes hard to sell to scientists – the trend is very clear,” says Alfgeir Kristjansson, who worked on the data. “Protective factors have gone up, risk factors down, and substance use has gone down – and more consistently in Iceland than in any other European country.”