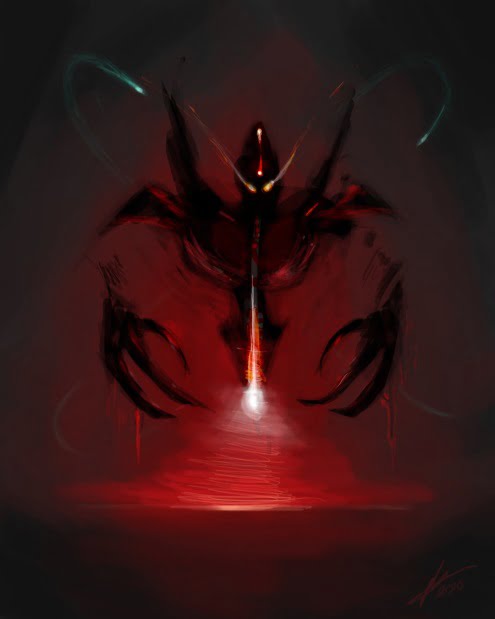 The definition of archons has been described as being an artificial Intelligence (AI) program that has enslaved humanity over millions of years. In order for humans to beat the “system” during the final showdown, we need to know a few simple things that can be done to break the programming.

What is the origin of the archons?

When the divine feminine aspect of Source sent out “the call” to souls to come be a part of this great ascension experience, many responded. Not only was there an opportunity to rapidly grow spiritually but it was a chance to be a part of the grandest template of biological creation ever.

The archons did not hear “the call”, and out of fairness some souls told them of their plans to incarnate into the densest but most polarized environment created thus far. The archons did not believe the souls because they had not heard the call themselves. They already had exhibited greed, domination, and control tendencies which had pushed them farther away from the vibration of Source. The archonic entities became jealous of the souls’ decisions to embark on this journey and vowed to follow them down into the experiment and to give them the extreme polarity difficulty needed to push humanity toward waking up when it was time to make the journey back home.

The mind that controls the archon system is cunning and brilliant. Once the archons realized how easy it would be for them to control beings in such a dense environment, they did not want souls to be successful in breaking out of their system. They realized that they could have this experience for a very, very long time as they fed off of the negative, dense energy created from their control systems.

The archons supposedly have 800 billion units assigned to the almost 8 billion people on the planet. These units cannot physically incarnate, so they use other beings in the galaxy to mind control in order to have a vehicle with which to control the human population. They can also create mind control programs to directly affect humans via television, radio, internet, magazines and newspapers, education, pharmaceutical, health, finance, computer games, music, and advertising.

The Archons do not have human consciousness or emotions. They are parts of a mind being that is a brilliant programmer. This being had the ability to go back and forth through timelines in order to see what choices humanity would make and to always be one step ahead in order to keep humans controlled. Now that we are on the precipice of a shift in human consciousness, we are aware of what has happened and we are able to make conscious decisions to break free from the programming.

Part of the system put in place involved computer programs that can monitor humanity via face recognition and social status updates on Facebook. There is accelerating evidence of “truth monitoring” on Facebook postings as prime “truther” articles and statements are being “buried” by the paid Facebook employees. One way they do this is by creating a “more posts” section where they can hide the “good stuff”. Another way is that one’s Facebook wall is no longer chronological- they can shuffle posts around any way they wish on a person’s wall.

The Facebook police have also been proven to remove “likes” on articles that are a threat to the agenda. Their major goal on Facebook is to distract people with either mindless junk or to flood people’s walls with war images and animal cruelty while making otherwise popular truther articles seem to be not “liked” very much at all.

The archon programming system can be broken by turning off the television, reducing the time spent on cell phones, limiting time on the computer including Facebook (especially the Facebook games), and spending more time on nature. The archons did not plan for us disconnecting our consciousness from technology and instead connecting with Mother Earth. Meditation and focusing on your breath within are steps to relaxing enough to tune in.

In fact, many beings have time traveled back from the future to warn humanity of a future where humanity was suckered into a technological dream that ended up being a zombie nightmare. Until humanity is free of the archonic control, technological advances are serving as part of the program to suck our consciousness out of our bodies. When we vacate the human body consistently we could allow other beings to enter while we are off in virtual reality heaven.

Gaia, the consciousness of Planet Earth, has important messages for us right now. Grounding, turning off, and tuning into her is one of the most important things we can do. This will raise your vibration above the frequency of the archons, and they will not be able to find you in the matrix.

If we realize that this intelligence is program based, then breaking the program will break the system. Human behavior has been studied for hundreds of years in preparation for this time. Up until now, actions and choices have been easily predicted by minions who have either used remote viewing or “Looking Glass” technology to study the future in order to create control systems in the present. If we make the alternate choice than what we have been robotically following, we can put a kink in the system that will change the future. If enough people begin doing this we will inevitably break the whole system down.

This could be as simple as breaking your morning routine. If you normally take the same route to work, seek an alternate route a few times to break up the monotony. If you have coffee in the morning, try tea or water instead. Have breakfast for dinner or dinner for breakfast. If you make your bed every morning, try leaving it unmade or vice versa; be a slob for a change.

Other things you could do would include moving your furniture around in your house or even move houses. If you move, you could give some things away to homeless shelters. Reducing the attachment to “things” and consumerism is a great way to break the pattern.

Many people have felt the itch to change something in their lives and as they made these changes they have changed future timelines. That urge to change has already changed many timelines for the better and has caused a great concern to the minions as things are not panning out as the expected. As long as you are not hurting anyone else, be as creative as you can in changing things around.

If the archon programs created for our reality are 3d based, then raising our vibration to a higher frequency out of their range will be a way to escape from their talons. As we continue to raise our vibration, we increase consciousness, which is our trump card. Within higher consciousness lies the ability to know the truth of who and what we are as well as how powerful we truly are. The power of the light within us can never be controlled once we remember enough to keep from being coerced and tricked into succumbing to comfortable and numbing routines.

While chaos ensues on the planet, small changes can be made to ensure that we do not continue to live like robots as we change our routines. As the consciousness of the planet rises in frequency, all that live on her do as well. This seems to be slowly changing our reality on an individual level right now, and eventually the individuals combined will change the whole.

We are co-creating this change with everyone on the planet whether we realize it or not just by following our innate urges for change. The future of humanity depends on the choices we make in the “now”, which will ultimately change the forecasted future probability.