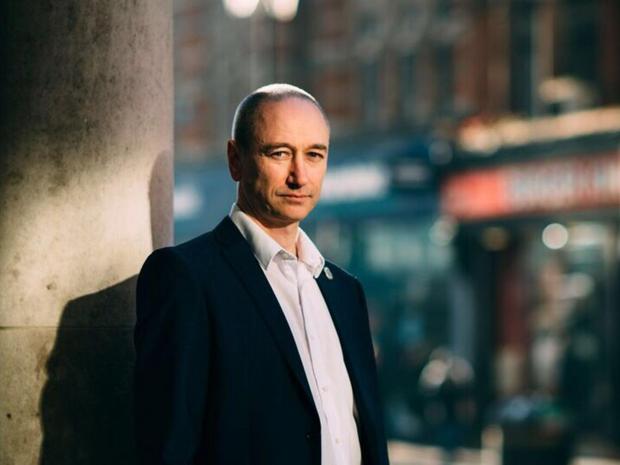 Yet another police officer is speaking out against the drug war, this time in the United Kingdom. Former officer Neil Woods worked as an undercover drug cop for 14 years, infiltrating some of the most violent gangs in Britain only to learn his tactics were worsening the drug epidemic. Now, he advocates ending the drug war and decriminalizing drugs as he admits his own role in fueling violence and the proliferation of narcotics.

Woods recently spoke with the Independent to make his case and recount the struggles he faced enforcing the British government’s drug war. He was first enlisted by the Home Office to tackle the crack cocaine epidemic in the early 1990s, an effort that apparently ‘pleased the crown.’

“The first place I was posted was in Derby and it wasn’t actually that difficult,” he says. “There were some proper gangsters selling crack and heroin but they weren’t used to the tactic, so although it was a bit scary it wasn’t tremendously difficult because they weren’t expecting it.”

By bringing in new police tactics, however, the dynamics started to change because, as he says, “the thing the about undercover work is that it doesn’t take long for criminals to learn the tactics.”

Woods recounted several close-call experiences, including one where he was forced to consume amphetamines to prove his credibility. In another, a dealer could sense Woods was a cop and repeatedly pressed him on it before he used intimidation tactics to neutralize the situation.  Though he escaped unscathed, he often put his life on the line only to find his work was futile.

“The ultimate defence against the development of police tactics is an increased use of violence to intimidate the community in which undercover police officers move,” he explained, describing the effects of government efforts to curb drug use.As the drug war raged on, drug gangs became even more extreme, and Woods began to realize he wasn’t helping.

“I knew that I couldn’t win early on,” he told the Independent. “But I kept being tempted back into it because I was good at my job. The police departments would say ‘Woodsy, we need you. These gangsters are even nastier that the other ones. They’re burning people to death. They’re using rape as a weapon.”

Ultimately, however, he accepted his inability to make a difference as a cop.

“[I]t was because of me that organised crime was getting nasty. I was developing the tactics. I put dealers in prison for over 1000 years and I only disrupted the heroin supply for two hours. Policing can’t affect the demand so policing drugs is completely futile. I can’t emphasise that enough. More people die and it gets more violent. Drugs have got stronger and cheaper and more varied since the Misuse of Drugs Act 1971.”

He also described his experience getting to know drug addicts as he worked undercover. Asked what the biggest misconception about them is, he explained:

“When I went into policing I thought addicts had made the mistake of trying drugs and had no willpower to stop. Actually, problematic drug users – or at least all the ones I knew – were self medicating. Most of the heroin users I knew were self-medicating for childhood trauma, whether physical or sexual. As an undercover officer I spent a great deal of time getting to know these people. The more I knew someone the more I could manipulate them. They’re like puppets. And they trusted me and saw me as a peer.”

Describing one female victim of childhood sexual abuse, he explained, “To the law, she’s a criminal to the law and I as an agent of the state was there to capture people like that. But they were caught in the crossfire between the police and gangs.”

Though Woods doesn’t advocate a “free for all” on drugs, he does believe the war on them must end. “The answer is to regulate drugs and take the power away from organised crime,” he argues. “The illicit drugs market is worth £7billion a year. Our communities are ruined by organised crime intimidating populations to protect themselves so we need to regulate the drug supply like we do with alcohol.”

He cites Switzerland’s establishment of controlled heroin injection centers in the 1990s as an example, an approach recently adopted in Canada, as well. He also cites Portugal, which has had great success with his policy of decriminalization.

Woods seeks to live by his principles to undo the damage he helped inflict on drug-riddled communities by speaking out against past failed policies.

Woods launched the U.K. version of  Law Enforcement Against Prohibition (LEAP), an organization of officers who advocate against the war on drugs. There is also an American LEAP that works toward the same goal.

“…I used to risk my life doing the work because I used to believe I was doing good,” he says.
“Now I realise everything I did only caused harm. Now, I feel duty bound to continue taking risks because it’s a matter of principle.”