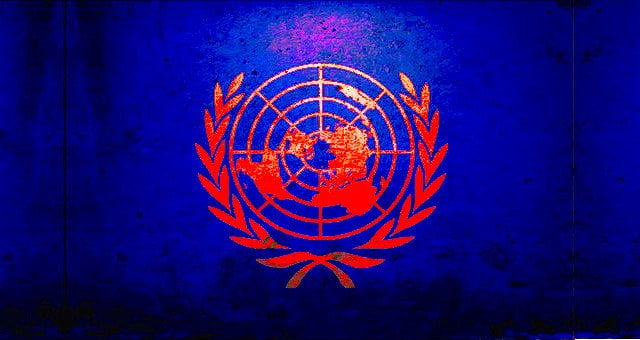 The United Nations has been planning a depopulation agenda for decades according to many ‘conspirators’, but few have been able to describe so clearly, just what that plan entails, until now. Even with open admission from the UN’s Executive Secretary of the Framework Convention on Climate Change, Christiana Figueres, that depopulation is part of the ‘green’ agenda to save the planet from global warming – an agenda one should adopt cautiously before jumping aboard its trains of doom – many have called the depopulation idea quackery.

If a plan to subvert fertility and increase mortality among all the world’s citizenry, ‘quacks,’ then those naysayers can have their day, but a different picture becomes clear when looking at facts the UN would likely not want circulated.

“Greg Dalton, founder of Climate One: A related issue is fertility rates and population, a lot of people in energy and environmental circles don’t want to go near that because its politically charged, it’s not their issue, but isn’t it true that stopping the rise in population could be one of the biggest levers in driving down the rising green houses gases.

Christiana Figueres, UN: We all know, we expect 9 billion by 2050, so yes obviously less people would exert less pressure on the natural resources.”

First, the overpopulation issue is used often by those who want an excuse to cull the masses. Overpopulation describes a situation where the number of people exhausts the resources in a closed environment such that it can no longer support that population. In a closed environment – that means one which relies on keeping people in poverty, using fossil fuels, and by dumping every possible toxic poison and chemical possible where people must live, wash, breathe, and reproduce.

The overpopulation argument also simply blames people’s numbers for the problems we collectively face instead of holding individuals and groups (like corporations who largely are running the UN) accountable for their actions.

The ‘We Don’t Have Enough Food’ Lie

The lie, for example, that there isn’t enough food comes from a notorious ‘over-population’ man, the father, you might say, of the Bill and Melinda Gates eugenics plan, and quite the pessimist – Thomas Malthus. He believed in the 1800s that the world was doomed if it out-populated its food sources, but we have numerous scholarly articles proving that we waste several hundreds of tons of food every year, and though biotech engineers promised genetically modified organisms would save us, they don’t produce more food to solve this ‘fake’ crisis.

According to a recent report by the World Resources Institute (WRI), about one-third of all food produced worldwide, worth around US$1 trillion, gets lost or wasted in food production and consumption systems.

We do, in fact, produce 17 percent more food per person alive today than we did 30 years ago. The real problem is getting all this food to the people who need it and the greed which would keep people hungry, thirsty, and imprisoned with poverty.

The ‘We Don’t Have Enough Water’ Lie

The same is true of the ‘we don’t have enough water’ myth. Sure, if you want to privatize water and make it a commodity, then there certainly isn’t enough – again its about utilizing resources effectively. The world, if you hadn’t noticed, is sitting on loads of water. It’s called an ocean. There are multiple oceans, too. This is a humanitarian issue, not an overpopulation issue. Aside from the fact that companies like Nestle are pumping our aquifers and lakes and then selling it back to people living in drought conditions, there is plenty of water. We could keep allowing a single corporation to steal 80 million gallons of water from one city per year and then sell it back to them, or we could create water capture infrastructure, like this man did in India to get fresh water to 10,000 people, or use desalinization, and water conservation.

The Gates’ don’t have a patent on the idea that the world needs fewer people, but they are certainly helping to promote it. The first thorough exposition of eugenics was made by Francis Galton, who in Hereditary Genius (1869) proposed that a system of arranged marriages between ‘men of distinction’ and ‘women of wealth’ would eventually produce a gifted race. This sounds like Illuminati talk if you ask me. Nonetheless, the American Eugenics Society, founded in 1926, still has a hold over ‘leaders’ in today’s world. Bill Gates himself has admitted it “is unusual for a member of the philanthropic sector to be given the opportunity to address heads of state at the United Nations,” yet his influence, among other Malthusians is great.

Founder and Director of the Center for Global Consciousness, Kevin Galale writes that the UN’s ‘sustainable development goals’ are nothing more than a collection of contradictions, absurdities and inconsistencies. We face more ‘pandemics’ than ever, and the fertility rates of the poorest nations are in decline. As Galale states[1]:

“. . .we are led to believe by an international system that relies on health threats to manufactured fear that is then capitalized on to manufacture pesticides, drugs and vaccines that have a dual purpose: heal or protect against a particular infectious disease while at the same time induce sterility and/or increase morbidity, as the need may be.”

For example: A comparison of the 1985 with the 2016 map of global epidemics suggests that the explosion of infectious threats around the world in the past three decades cannot possibly be the result of nature gone haywire.

“Six decades later, we find ourselves dying, both literally and figuratively, in a dystopian and alienating society anchored in totalitarian and dehumanizing institutions that are empowered to commit Orwellian abuses and free to ignore Kafkaesque absurdities birthed by giant and global bureaucracies that are fiercely protected by the tacit support of the world’s spiritual leaders, the implicit collusion of nearly every government on the planet, and the active involvement of an ever-growing and ever-more intrusive military-industrial complex to be able to continue to pursue desirable and constructive social outcomes through undesirable and destructive acts of structural violence.”

And should you peruse the many charts showing reproductive rates in this epic paper, “Turning Nature Against Man: The Role of Pandemics Vaccines and Genetics in the UN’s Plan to Halt Population Growth,” you will likely stand, mouth gaping, at the facts. Pregnant women who are supposed to take H1N1 influenza vaccines, are just the very scary beginning.

Add to these charts the manufactured Zika virus, bird flu, countless vaccinations, aims to weaken religious objections to family planning, forced sterilization, global geoengineering program that sprays millions of tons of metal oxides in the upper atmosphere supposedly to prevent global warming, deforestation plans, genetically modified food sprayed with enough toxic chemicals to choke Godzilla, and the skyrocketing rates of cancer, endocrine disease, diabetes, etc., and it seems quite obvious what the UN ‘peace-keepers’ are really up to.

Now that you know, its time to do something about it. SPREAD THE WORD, and if you have the time, read this amazing paper that outlines everything I’ve written here in much greater detail.

“We have shut down their ability to commit genocide by turning man against man through the misuse of the institutions of state, concealment of vital information, abuse of the rule of law, perversion of science, and falsification of facts.”