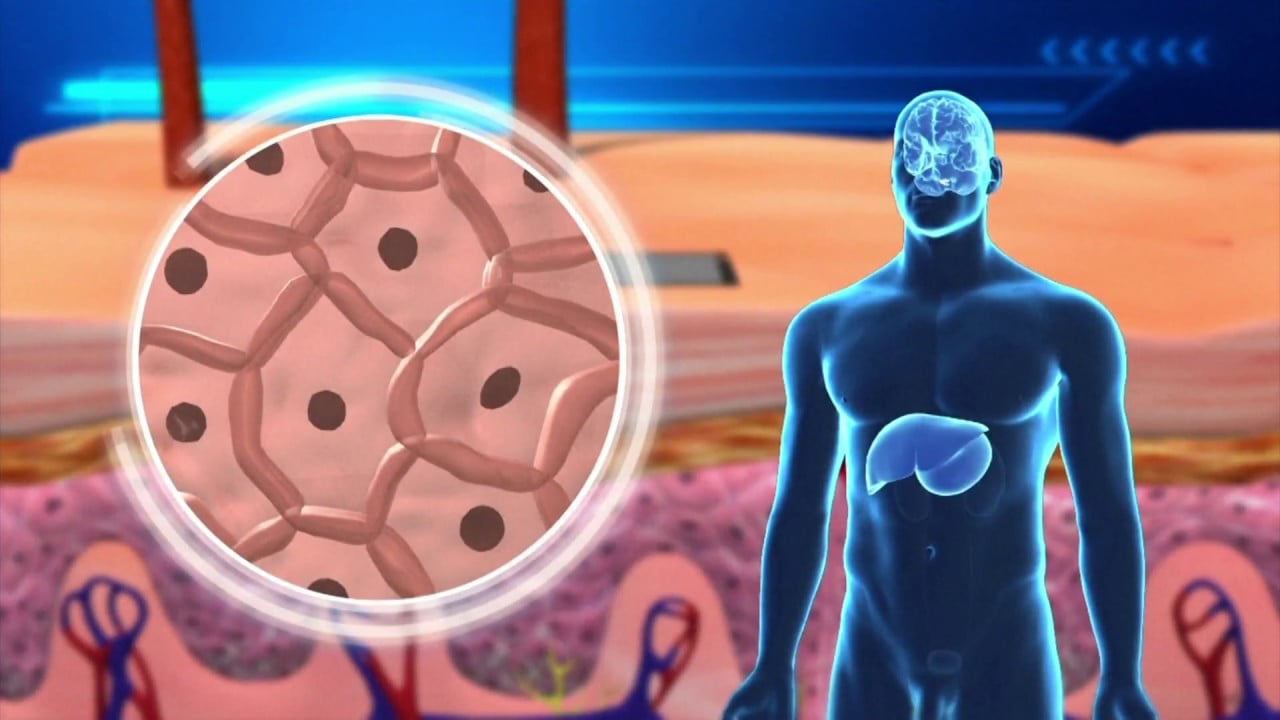 Nanochips and Smart Dust are the new technological means for the advancement of the human microchipping agenda.

Due to their incredibly tiny size, both nanochips and Smart dust have the capacity to infiltrate the human body, become lodged within, and begin to set up a synthetic network on the inside which can be remotely controlled from the outside.

Needless to say, this has grave freedom, privacy and health implications, because it means the New World Order would be moving from controlling the outside world (environment/ society) to controlling the inside world (your body). This article explores what the advent of nanochips and Smart dust could mean for you. 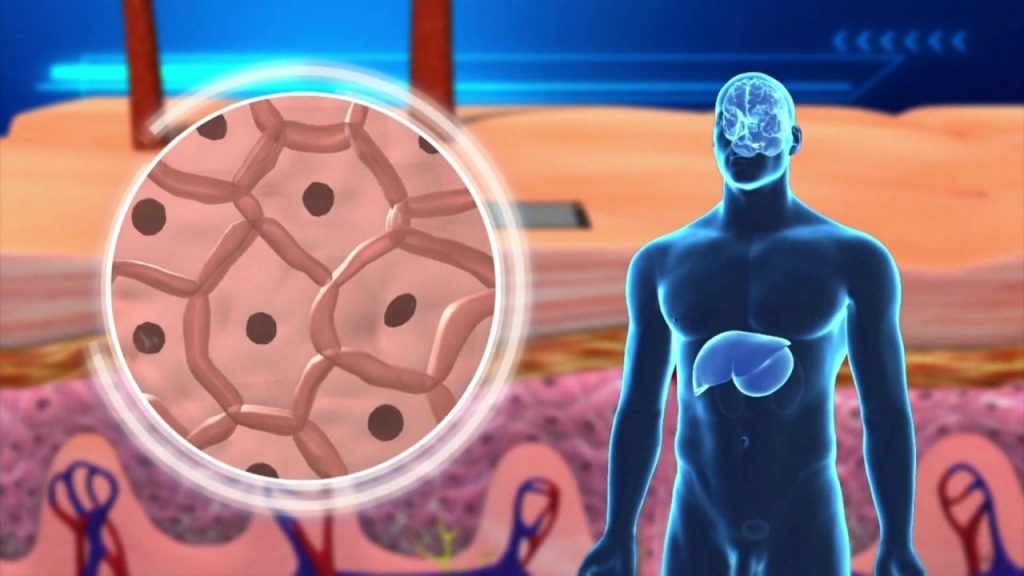 Humanity’s history is filled with examples of societies where the people were sharply divided into 2 categories: rulers and slaves.

In the distant past, the slaves have usually been kept in place because the rulers had access to and control over the resources, such as money, food, water, weapons or other necessities of life (control of the environment).

In our more recent history, control was implemented not only by monopolizing resources but also via propaganda (control of the mind).

This has manifested itself in many ways, e.g. the caste system in India (you must remain in your position on the hierarchical ladder for life), the royal bloodlines in Rome, the Middle East and Europe (who claimed an inherent and divine “right to rule”), the centralization of power in Nazi Germany and Soviet Russia during the 1930s (where a single autocrat or a small committee decided the fate of millions), and finally in the West (especially in the US) with the advent of specialized PR and mind control techniques that were refined by the CIA.

Projects like MKUltra gave the NWO controllers unheard of power to remotely and subconsciously influence people without them ever knowing, including the ability to create sex slaves and sleeper assassins.

Control of the Mind-Emotion Nexus

Project MKUltra was at its height 60+ years ago, and things have moved on a lot since then. We are now entering an era where technological advancements are giving the NWO conspirators influence over a new realm – control of the emotions, or more accurately, control over the entire mind-emotion nexus in the human body.

I am talking about microchips, tiny electronic devices which can be embedded under your skin., and which receive and transmit information. Although microchips have been around awhile, they are now outdated. What we are facing is something much tinier than a microchip, and therefore more of a threat: nanochips and smart dust.

The components of a Smart dust sensor or mote. Image credit: CatchUpdates.com

What is a Nanochip?

So what is nanochip? The word “nano” is 3 orders of magnitude smaller than “micro”. Nano means “one billionth” while micro means “one millionth”. While microchips are about the size of a grain of rice and measured in millimeters, nanochips are completely invisible to the human eye. Some of the nanochips are far smaller than human hair (e.g. the μ-chip that is 0.4 x 0.4 mm).

In 2015, IBM announced that they had developed functional nanochips measuring just 7 nm or nanometers (7 billionths of 1 meter). In comparison, a strand of human DNA is about 2.5 nm and the diameter of a single red blood cell is about 7500 nm!

These nanochips power themselves from their environment (they don’t need batteries) and have a 100 year life span. They are slated to be rolled out first on products (so the corporatocracy can have total knowledge of consumer behavior in real time) before they can be used inside people’s bodies.

Did you know that nerve cells grow onto/meld with the chip?

In this Leak Project video, the presenter claims that the NWO aim to introduce 100 trillion nanochips into the world, so that literally every single thing in the world is tagged, including you.

He includes many patents and other docs as proof of this agenda. He singles out the company HP (Hewlett Packard) as being the executor of the plan to construct a central nervous system for the Earth – linking all resources and people in real time.

What is Smart Dust?

You may already be familiar with the “Smart” agenda or better put the Smart Deception. For those new to this, the Smart agenda is to create a giant electromagnetic grid or network that encompasses the entire Earth.

Everything that moves is to be made or injected with some kind of sensor or mote that connects it to the grid – including household products, appliances, food/drink items, animals, plants and humans too. Smart dust is another name for these motes which will act as mini computers, broadcasting and receiving.

They are small wireless microelectromechanical sensors (MEMS). As of 2013, a mote was about the size of a grain of rice, but with technology advancing all the time, these will keep on reducing in size. Motes can be ingested through food (as will be discussed below).

While this kind of technology can be used for the benefit of mankind, like many things today, it has been weaponized. The existence of smart dust forms a massive threat against the sovereignty of every human being alive. What we are up against is nothing less than the attempted technological possession of humanity.

In a fundamental way, vaccines, GMOs, bioengineered food and geoengineering/chemtrails are all connected, as they are delivery systems whereby this miniature technology of nanochips and Smart dust is planned to be inserted into our bodies.

Some chemtrails contain Smart dust motes which readily infiltrate the body, communicate with other motes in your body, set up their own network and which can, unfortunately, be remotely controlled.

Even if you are fastidious about what you eat and what you expose yourself to, it is difficult to see how you can avoid breathing in a mote of smart dust that was dropped on you by a plane spraying chemtrails.

With nanochips and motes inside your body, the NWO criminals can combine the IoT smart grid with brain mapping and other technological information in their attempt to pull off their ultimate endgame: to remotely influence and control an entire population by overriding (and programming) the thoughts, feelings and actions of the masses.

(The rabbit hole definitely does not stop at nanochips and Smart dust. An entire new category of lifeforms are being forged via synthetic biology. Morgellons fibers are self-aware, self-replicating and are likely assisting the dark agenda to remotely control the thoughts, feelings and bodily functions of the entire population. This will be explored in future articles.)

New Technology Always Pushed as Being Cool, Efficient and Convenient

Naturally, the full scope and goal of this agenda will not be revealed to the public as the technology is rolled out. Instead, we will continue to be told how wonderful, cool, trendy and efficient it all is.

Note especially how all of this will be promoted under the banner of speed and convenience (while people unwittingly flush their freedom, health and privacy down the toilet). Yes, being surrounded by fields of manmade EM radiation everywhere you go will be disastrous for your health too.

The nanochips will also be pushed using peer pressure, encouraging people to get in the game out of social conformity. Like many governmental programs, the chips may initially be voluntary before they become mandatory. There is already a segment of society that is willingly chipping itself using tattoo ink.

Recently, a company in Wisconsin (Three Square Market or 32M) introduced such an internal system and began encouraging its employees to get chipped. Although it was not mandatory, reportedly about half of them (41 out of 85) stepped forward and chose to get chipped!

Solutions: How to Remove a Chip

So what can you do about this? Firstly, get informed and make sure you understand the true nature and danger of nanochip and smart technology.

Secondly, make sure you never acquiesce to getting chipped, no matter what reason you’re given. Doing so is tantamount to opening yourself to being remotely controlled without your knowledge.

Thirdly, if you do discover a chip inside your body, get it removed. There are various ways to do. Some people crudely cut the chips out if they are large enough (i.e. a microchip instead of a nanochip).

Other people claim you can used magnets such as neodymium magnets to render the nano chips useless. Hopefully, there will be intelligent inventors to step forward with new technologies that we can use to deactivate, disable and remove nanochips inside of our bodies.

The human microchipping agenda is really the same thing as the transhumanist agenda – to turn mankind into machine which will ultimately mean becoming not superhuman but subhuman.

We need to be very careful and think critically as we go forward into a world of fantastic technology. Like the surgeon’s knife, it can heal or it can kill. Given everything we know, it would be naïve to believe that nanochips will only be used for good.

If we’re not aware, this technology will be used by the power-hungry to enslave us by tricking us with promises of utopia.

Nanobots are already being used in Western medicine for all sorts of diseases. Once the smart grid is established, how will you avoid being monitored, tracked and influenced 24/7 every day of the year?

No matter how good the technology becomes, it can never replace the spirit of consciousness inside of you, which is your true power.