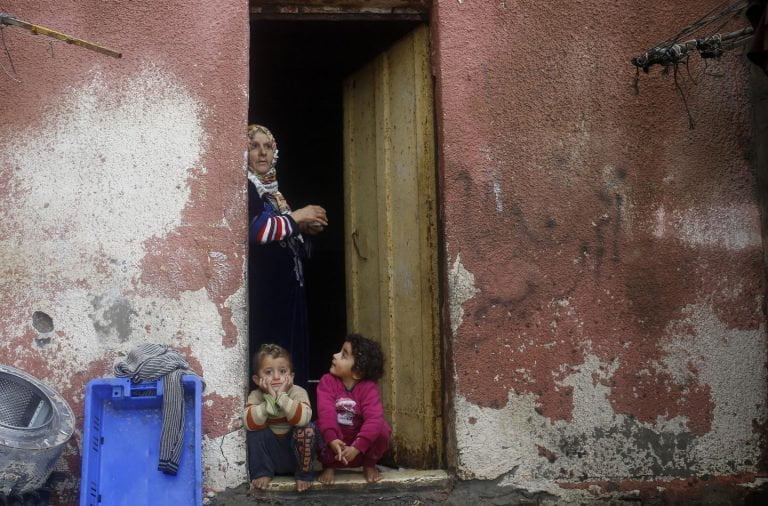 Why do problems, such as extreme poverty and world hunger, still exist? Because the majority of the world’s wealth is controlled by a handful of individuals. It sounds like a conspiracy, but it is fact.

According to a new report, published by the charity organization Oxfam International, the global economy created a record number of billionaires in 2017. There are now 2,043 billionaires in the world. That means a new one was created every two days last year. The report, which was published in early January, noted that most of the billionaires were men. In fact, eight of the billionaire men now own the same amount of wealth as half of the world. In 2017, the men’s wealth surged by $762 billion, reports TIME. Astonishingly, that is enough money to end extreme poverty seven times over.

Separate data compiled by Bloomberg reveals that the top 500 billionaires’ net worth grew 24 percent to $5.38 trillion in 2017. The world’s richest person, Amazon.com Inc’s Jeff Bezos, witnessed a gain of $33.7 billion.

“It is obscene for so much wealth to be held in the hands of so few when 1 in 10 people survive on less than $2 a day.  Inequality is trapping hundreds of millions in poverty; it is fracturing our societies and undermining democracy.

Across the world, people are being left behind. Their wages are stagnating yet corporate bosses take home million dollar bonuses; their health and education services are cut while corporations and the super-rich dodge their taxes; their voices are ignored as governments sing to the tune of big business and a wealthy elite.” “The billionaire boom is not a sign of a thriving economy but a symptom of a failing economic system. The people who make our clothes, assemble our phones and grow our food are being exploited,” Byanyima added.

The report was published shortly before global leaders, chief executives, and bankers met in Davos, Switzerland, for the World Economic Forum’s annual meeting. The charity organization mentioned that most governments are “shamefully failing” to improve the matter. The charity called on governments to limit shareholder and executive returns. It also urged for workers to receive a living wage, as well as raise taxes on the wealthy. Finally, a recommendation was made to eliminate the gender pay gap, among other suggestions.

“People are ready for change,” Byanyima said. “They want a limit on the power and the wealth which sits in the hands of so few.”