Prepare For Change
Home Awakening “A Nightmare In Heaven” — Why Nobody Is Talking About The Holocaust... 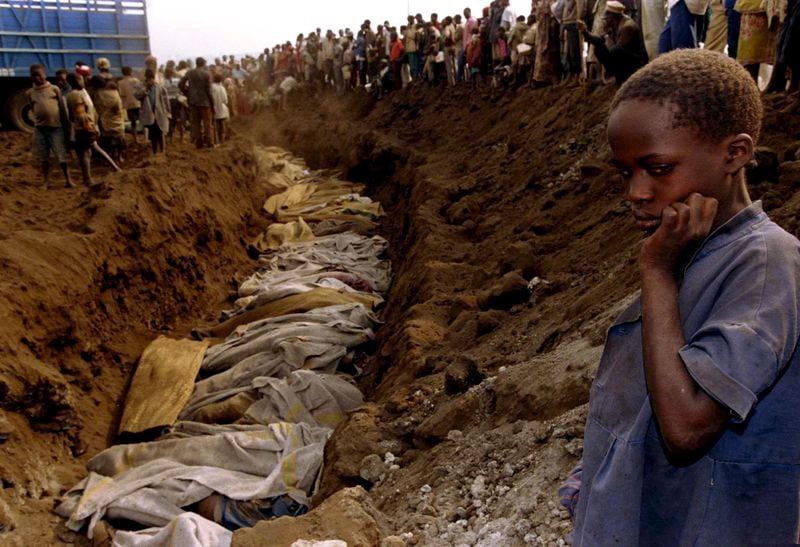 President Joseph Kabila of Congo — who was due out of office last year — shows no sign of stepping down. But his persistent presence is about more than the denial of democracy. Kabila represents a long line of dictators who have cost the Congo more than 15 Million Black men, women, and children since 1961. But the blame does not start with Joseph Kabila. He is but one of many who benefit from the largest humanitarian crisis modern history that no one wants to talk about.

How We Got Here

Before the 19th Century, the area that we call the Congo was populated by some of the greatest civilizations in history. We know from The Destruction of Black Civilization that the Kingdoms that preceded present day Congo were shining examples of achievement. From Kuba under Shyaam the Great to the Matamba Kingdom under Ngola Kambolo, the Congo was a cradle of culture and democracy.

It wasn’t until whites arrived on the coasts that civilization began to decline.

One by one, Africa’s great cultures fell to the hands of white slave traders, missionaries, and colonists. In 1884 the nations of Europe came together in Germany to divide Africa among themselves.

Political borders were drawn with complete disregard for the governments that Africans had established prior to the arrival of the whites. During this conference, the Congo was awarded to King Leopold of Belgium, who proceeded to bleed the country dry.

10 million Black men, women, and children were slaughtered in Leopold’s pursuit of rubber, gold, and ivory. He was such a savage among savages, that even other whites were appalled. His hellish misdeeds are too numerous to recount in this article, but the book King Leopold’s Ghost: A Story of Greed, Terror, and Heroism in Colonial Africa

reveals the magnitude of human suffering that this one man inflicted on Africa.

When Leopold died in 1909, the Congo remained in Belgian hands where it continued to be used as a plaything for white supremacy. When World War I broke out in 1914, more than 300,000 Congolese were forced to fight against other Blacks from the German controlled colony of Ruanda-Urundi. During World War II when Nazi Germany captured Belgium, the Congo served as a source of income for the Belgian government in exile.

All the while, the Belgian government forced millions into the mines and fields to support their nation. A system of “mandatory cultivation” (cultures obligatoires) was introduced that forced the people to grow cash crops for export, even as they starved on their own land.

By 1961, the Congolese people had reached their breaking point. Armed and political resistance movements rose up to overthrow a century of slavery and Belgian rule.

Patrice Lumumba, a martyr of Pan-Africanism, became the first Prime Minister of the new nation. He quickly set about breaking the yoke of Belgian influence and allied the Congo with Russia at the height of the Cold War.

But the victory of the people over white supremacy would be short lived. No sooner had Patrice Lumumba risen to power than he was assassinated in a United States backed coup.

Following a now familiar modus operandi, an agent in the form of Mobutu Sese Seko was used to overthrow Lumumba’s government. lumumba was captured, beaten, and forced to eat copies of his own speeches — all in front of the press. After being tortured for three weeks, Lumumba was executed by a firing squad under the command of a Belgian mercenary named Julien Gat.

The people once again rose up, and peasants, workers, students and civil servants rallied behind Lumumba’s lieutenants, most of whom had regrouped to establish a National Liberation Council (CNL) in October 1963 .

Mobutu — who returned the Congo to Belgian rule in exchange for their support — waged all out war in the country. He went about publicly executing members of the pro-Lumuba revolution in open-air spectacles witnessed by tens of thousands of people. By 1970, nearly all potential threats to his authority had been smashed. In that same year, King Baudouin of Belgium made a state visit to Kinshasa to congratulate Mobutu on crushing the rebellion.

Mobutu would rape the Congo with the blessing of the west — robbing the nation of around $2 Billion — until his increasingly hostile rhetoric toward his white overlords would cause the west to seek another proxy. They found such a man in the form of Laurent Kabila, who they used to overthrow Mobutu Sese Seko in 1997.

Between both Mobutu and Kabila, not only would Congo become the concentration camp of the world — it would become the rape capital as well.

No woman in the path of the violence was spared. 7 year olds were raped by government troops in public. Pregnant women were disemboweled. Genital mutilation was commonplace, as was forced incest and cannibalism. The crimes were never punished, and never will be.

Laurent Kabila maintained the status quo until he was killed by his bodyguard in 2001. Since then, his son and present day President Joseph Kabila has held on to power in violation of the Constitution of the Congo Free State. He has murdered protesters and opposition party members, and has continued to obey the will of the west while his people endure unspeakable hells.

Why The World Is Silent

It is obvious why Belgium and her allies are silent about the situation in the Congo — they are both the cause and the beneficiary of the genocide there.

But what of the other nations of the world, including the Congo’s neighbors?

At best, the United States is implicit in maintaining the status quo in the Congo. At worst, the U.S. is shares direct responsibility for it. Under Mobutu Sese Seko, the U.S was the third largest donor of aid (after Belgium and France), and Mobutu was on great terms with Richard Nixon, Ronald Reagan, and George H. W. Bush.

Things started to look up during the Obama Administration. The former President signed provisions into the Dodd-Frank law that required companies to disclose the origins of the minerals they use. When the law was passed, trade groups representing major U.S. companies tried to block the rule through a federal lawsuit. When they failed, those companies continued to purchase conflict minerals from third parties.By shining a spotlight on supply chains, it would put pressure on companies to invest in removing conflict minerals from their products.

Microchips, cell phones, and semiconductors all contain minerals sourced from Congo — making companies like Intel, Apple, HP, and IBM culpable for funding the militias that control the mines.

While Obama’s provisions were a step in the right direction, earlier this month The U.S. Securities and Exchange Commission suspended key provisions of its “conflict minerals” rule, and U.S. President Donald Trump is seeking to undo the Obama era financial regulations.

The United States has also used the neighboring countries of Uganda and Rwanda to provoke even more violence in the region. Back in the 1990s, Rwanda’s Paul Kagame, who was trained in intelligence at Fort Leavenworth in the United States, invaded the Congo with the help of the Clinton Administration. His invasion was a retaliation on Hutu rebels from the Rwandan genocide who fled into the neighboring country. Most of those killed were civilian men, women, and children. Again, the result was the greatest mass killing since WWII, with around 6 million killed.

In the 1940s when 6 million Jews lost their lives in Nazi Germany concentration camps, the world unanimously asserted ‘Never Again!”

As of 2017 more Black men, women and children have lost their lives in the Congo than those who died in the concentration camps of World War II. Yet barely a mention is made of the holocaust that rages in the heart of Africa . Why?

Because the economy of the entire world rests on the back of the Congo.