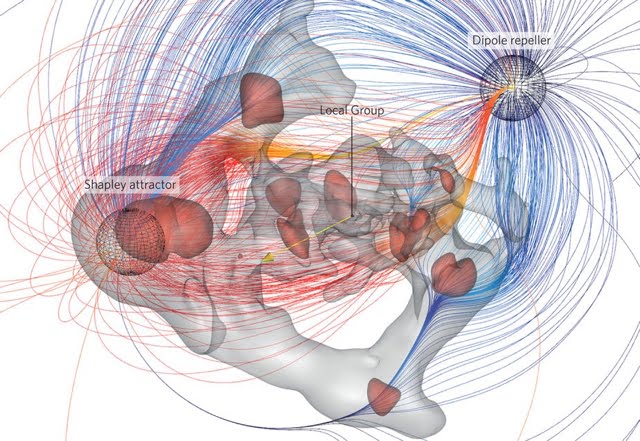 Facebook
Twitter
Pinterest
WhatsApp
ReddIt
Linkedin
VK
Email
Telegram
Viber
Print
LINE
Tumblr
Mix
Digg
Naver
The Universe originates from pure Absolute Oneness in all regards (the Source), which means no here and there, no you and me, no then and now, only pure Oneness of all and everything.
Interaction between the Source and anomaly creates the Universe, in a process of separating the energy of Oneness into opposite polarities, and then progressively various fractions of energy of Oneness into opposite polarities as the Universe expands.
Evolution is the journey back home towards Oneness, which happens by transmuting opposite polarities back into One in a triangulation process. During this process the Universe contracts as it merges and then disappears, re-absorbed into the Source. Then another Universe is created and it keeps going in cycles of expansion and contraction, division and merging, which is called the Great Breath.
We are now at the moment between maximum division and beginning of merging again, the little pause between out and in breath.
This Universe, this expansion cycle, is about 14000 million years old and as we have been approaching the end of expansion and beginning of contraction the Source created a huge triangulation vortex with the purpose of transmuting anomaly, merging opposite polarities together.

There are two opposite poles, attraction and repulsion, called the dipole repeller and shapley attractor, creating this gigantic Universal battery of evolution. Our galaxy is situated exactly in the middle between the two opposite poles, the third point in the triangle where opposite polarities unite and evolve back towards Oneness.

https://phys.org/news/2017-01-galaxy-space.html
This is the reason why darkness happened here in this part of the Universe, the fall of the angels who tried to transmute anomaly 8 million years ago, as anomaly is being played out and resolved here :
http://recreatingbalance1.blogspot.com/2015/02/contingency.html
Orion constellation is especially an achor for this process. The central star of Orion belt, called the AN stargate, is situated in the middle geometrically between various sets of two opposite stars of the Orion constellation, which shape mirrors the torus field shape of the Shapley attractor-Dipole repeller vortex. It is also in middle between Sirius and Aldebaran. This is why many ancient civilizations built structures mirroring the Orion belt stars.

http://recreatingbalance1.blogspot.com/2016/05/an-conversion.html
This process has many applications in our lives, as Pythagoras taught, every problem can be solved by understanding and embracing its triangular aspect.
The first key aspect is about the Soul splitting into two people of opposite polarities (twin souls) as it incarnates. This creates a triangle of masculine-feminine-one which is mirrored in our bodies, kundalini (shushumna-ida-pingala), pineal-pituitary, etc. Inner merging of male and female energies makes the lower bodies able to receive the presence of the Soul (which contains both polarities united), and healthy outer interactions between male and female can help trigger this process :
http://2012portal.blogspot.com/2018/04/soul-families.html
This process also applies to other aspects of our lives, where we seek solutions, evolution, we can always find two opposite principles, and the key is to not polarize the situation in either direction, but to understand and embrace the purpose which is inherent in both sides.
This applies to transmuting darkness and negative situations. Many people tend to polarize situations, either denying and ignoring it wishing it will go away by itself without directing energy to it, or be too absorbed and focused in the problem and getting lost and hopeless within the limitations of the problem. The key is the ‘Middle Way’, to not deny the problem, and at the same time to not accept its negativity and limitations. To stand strong in our IAM power in face of it and decree, command, invoke the Light, the solution, to govern and resolve the situation.
Following this principle we can resolve planetary and personal situations and evolve higher and higher in the ascension process.
Victory of the Light 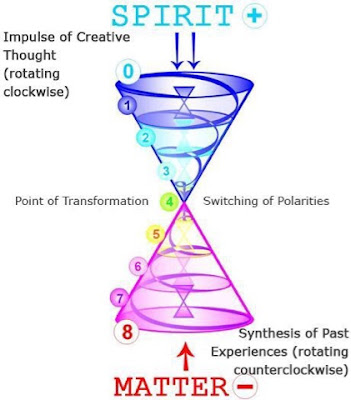 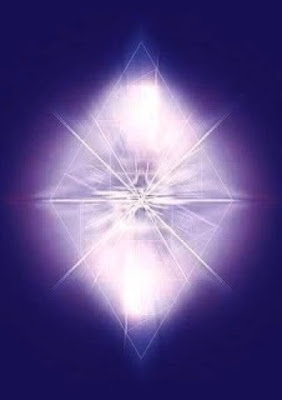