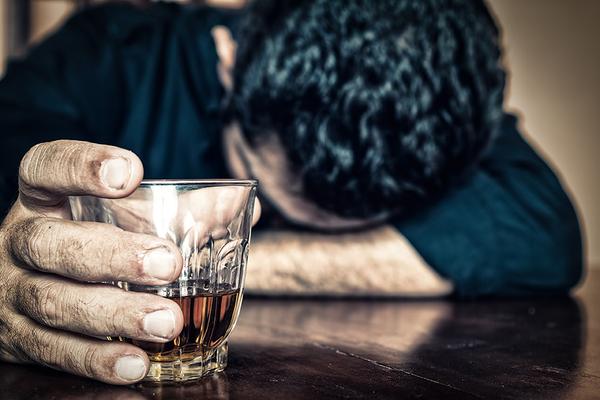 In the past I’ve written about some of the consequences of alcohol consumption, and many of our readers have gotten very upset with what I’ve had to say. I want to address this right off the bat here and say there is absolutely no judgment within this article, and I’m not attempting to tell you what you should or should not be doing. I am merely speaking from my own experiences and sharing some insight that I have gained; I’m offering another perspective and potentially something useful for you to consider.

Alcohol consumption is something that is not only widely accepted in our society, but in many cases and social settings actually implied and expected. It is promoted heavily in the media, with countless ads depicting glamorous living, which always includes indulging in the finest liquor, wine, and beer. It sometimes seems in our society that the only way to have fun is to include alcohol in the equation. Just the mere fact that it is so heavily promoted through media and advertising in the first place is enough to make me skeptical, but there are many other reasons that led me to this conclusion.

Etymology of the Word Alcohol

To start, let’s take a look at where the root of the word alcohol is derived from. “Alcohol” comes from the Arabic “al-kuhl,” which means “BODY EATING SPIRIT,” (whoa) and this actually serves as the origin for the English word “ghoul.” According to Middle Eastern folklore, a ghoul is an evil demon believed to eat human bodies.

“Alembic” and “alcohol” are both metaphors for aqua vitae, or “life water,” and “spirit” refers to a distilled liquid, which came from Middle Eastern alchemy.

According to health writer and enthusiast Jason Christoff:

In alchemy, alcohol is used to extract the soul essence of an entity. Hence its’ use in extracting essences for essential oils, and the sterilization of medical instruments. By consuming alcohol into the body, it in effect extracts the very essence of the soul, allowing the body to be more susceptible to neighboring entities most of which are of low frequencies. (Why do you think we call certain alcoholic beverages “SPIRITS”)? That is why people who consume excessive amounts of alcohol often black out, not remembering what happened. This happens when the good soul (we were sent here with) leaves because the living conditions are too polluted and too traumatic to tolerate. The good soul jettisons the body, staying connected on a tether, and a dark entity takes the body for a joy ride around the block, often in a hedonistic and self serving illogical rampage. Our bodies are cars for spirits. If one spirit leaves, another can take the car for a ride.

Essentially when someone goes dark after drinking alcohol or polluting themselves in many other ways, their body often becomes possessed by another entity.

As for ancient India:

“At the beginning of our history, the Aryans indulged in spirituous liquors, perhaps to excess, but the evil consequences and baneful results demonstrated to the thoughtful the necessity of repressing this growing habit and brought about a revulsion of feeling, so that the later Vedas prohibited the use of spirits for the gratification of the senses, saying “wine is unfit to be drunk, unfit to be given, unfit to be accepted.” A step in the right direction was thus taken, and this is the first example in the history where the right of drinking alcoholic liquor was disputed and denied.” (source)

A Little About Me and Why This Is Important

This really hit home for me. As someone who used to drink alcohol in excess and not remember a thing that happened afterward, the idea that the soul actually steps out of the physicality during this time fully resonates and actually explains a lot of what went on without my knowledge or awareness. Waking up in the morning and not having a single clue what had happened was the worst feeling in the world, but was also all-too familiar for me. The things I had apparently chosen to do and situations I ended up in were absolutely not things that I, as me, the “good soul” in my body, would ever choose to do in a million years. I was faced with so much confusion and fear and it never really made sense to me. I always thought to myself, How could I have done this?

When I would drink, after a certain point I would not be able to stop. I can see now that it was likely at this point that a darker entity would take over my physicality and use my body as a vehicle to experience a hedonistic lifestyle for the evening, or however long it was. Now, to clarify, I know that this does not happen to everyone who drinks. For me, I think it was something that developed over time, but the instance of me blacking out, or in this case “stepping out” when I would drink, began happening at the age of 16, and continued on for about 10 years of my life. In some ways I think it was hard to accept responsibility for my actions because I had literally no memory whatsoever of what had happened. I would be left with a tremendous amount of guilt and shame, however, that stopped me from admitting to others and myself that it was in fact a problem in my life. Those closest to me would notice that I “wasn’t there” while under the influence of alcohol, and people who weren’t even aware of this concept would say this to me often.

Since having an incredibly healing journey with ayahuasca in November of last year, I no longer allow my body to be used as a vehicle for entities to use. In other words, I no longer consume alcohol at this time in my life. Now, why I chose to continue drinking despite what was happening while under the influence is a whole other story, and diving into the reasons behind what actually causes addiction in the first place is a really eye-opening and important conversation to have, but it is off-topic for the purpose of this article.

How Does This Relate to the Rest of Society?

You may be thinking, “Well, this is just you and clearly you have a problem with alcohol and shouldn’t be drinking,” and that is absolutely right, but how much is it actually affecting those who drink regularly, but not often enough to consider it a problem, or those who always keep their senses and wits about them? And how much is too much? How many people are actually just in denial about having a drinking problem?

Consider putting yourself in a social setting with many new faces you haven’t met before: Would you prefer that alcohol was a part of the equation or would you be completely fine without it? We often use alcohol as a crutch, to feel more comfortable and confident in who we are. But at what point are we actually becoming someone else, a person who doesn’t even actually represent who we are in the first place?

Asking Yourself Some Questions Could Be Beneficial

If you drink alcohol, how often are you drinking? Do you find that you tend to drink as an escape? Are you able to have fun in social situations without alcohol? Do you drink alcohol in order to relax or relieve stress at the end of the day? After asking yourself these questions you may want to reconsider your relationship with alcohol. Challenging yourself to a month without any alcohol could be a really beneficial way for you to see what your life is like without it and to address what comes up in a healthier way. If you are feeling stressed, for example, some breathing exercises may help, or reassessing your schedule to fix what isn’t working. Without the escape that alcohol gives us, we are then confronted with the issues in our lives and forced to actually fix them.

Again, this is mostly for anyone who may feel they drink alcohol too regularly, or would like to change their relationship with it in some way. There is no judgment toward those who do drink, but in many cases it can be holding us back. If this resonates with you, or if you have done this in the past and noticed an improvement in your life, please share with us in the comments how this has affected you.

Often if we decide to even take a break from alcohol consumption we can feel ostracized from society, or left out, but it is a great way to really get in touch with who you really are, and fully embrace your insecurities head on. I have ended up making friends that are more in alignment with my path at this time, and people who I feel closer to as a result of this.

My whole life changed after giving up alcohol, but that’s just me, and that was just my journey. But if anything I said resonates with you, maybe it would be beneficial for you to try as well.