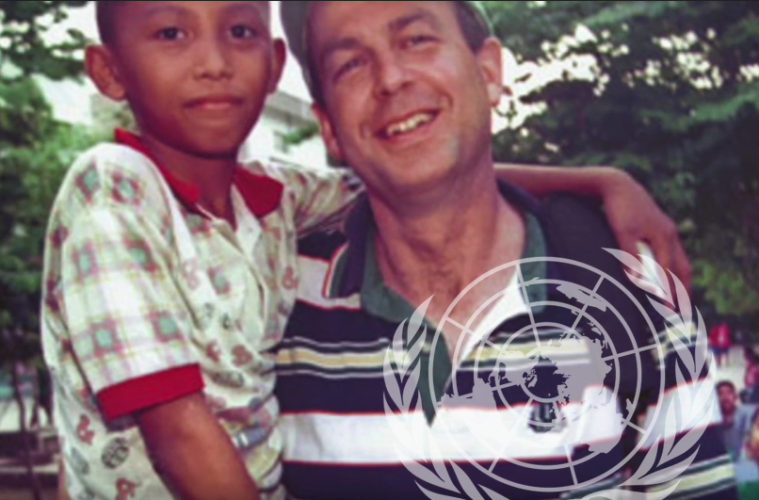 There’s been a massive amount of disclosure with regards to elite pedophile rings for decades, but more attention was brought to it last year, with some weird and bizarre leaked emails from long time politician, John Podesta, it’s how the whole “Pizzagate” debacle began.

Not only that, last year an NBC news report claimed that Hillary Clinton, while acting as secretary of state, shut down an investigation into an elite pedophile ring in State Department ranks in order to avoid scandal and protect the careers of high ranking officials and an ambassador.

Pretty crazy, isn’t it? Former U.S. representative, Cynthia McKinney, was well aware of the corruption that was going on within DynCorp, and she actually addressed it in 2005. She grilled former Secretary of Defense, Donald Rumsfeld, on the government’s involvement and compliance with military contractor DynCorp’s child trafficking business of selling women and children. She was brave enough to bring it up. More than a decade later, Retired Army General James Grazioplene, who worked in the Pentagon and as the Vice President of DynCorp, is currently facing six rape charges.

The list of examples go on, and to deny such activity is ridiculous. It’s something that happens in multiple industries, by people in positions of great power. Hollywood is another popular example, where childhood star Corey Feldman seems to be leading the charge.

This kind of thing also goes straight to the Vatican, you can read more about that here.

Where else does this type of activity happen? Unfortunately, from those within the United Nations as well.

The International Labor Organization estimates that there are 20.9 million human trafficking victims worldwide and 4.5 million people trapped in forced sex trafficking around the globe. At least 100,000 children are prostituted annually in the U.S., adding to the $9.8 billion U.S. sex trafficking industry.

It’s not just pimps and escaped convicts involved. It’s the people we’re expected to respect or “look up to” the most: politicians, the elite, the wealthy businessmen, your neighbours, and oftentimes the people that you’d least expect.

An Associated Press investigation into the United Nations (UN) has revealed that over the past 12 years, there have been approximately 2,000 allegations of sexual abuse and exploitation by UN peacekeepers and other employees around the world. Over 300 of those cases involved children; however, very few perpetrators have actually been arrested and held accountable for their crimes. There were even allegations of this type of abuse during Haiti peacekeeping missions.

In exchange for food, the UN peacekeepers demanded sex from children as young as 12. In regards to the child sex ring run by UN peacekeepers in Haiti, nine children were being passed around from 2004 to 2007.

“I did not even have breasts,” said a girl, known as “V01” (Victim No. 1). Vo1 was allegedly forced to have sex with approximately 50 peacekeepers over a period of three years, between the ages of 12 and 15. One of the perpetrators was a “Commandant” who she said gave her 75 cents in exchange for sex. Vo1 explained that she would often sleep in UN trucks on the base.

You can read more about that story here.

The latest news comes from ex chief advisor for the United Nation’s Child Labour Program, Peter Dalglish, who was recently arrested for pedophilia. In early 2017 the United Nations Secretary General admitted to 145 incidents involving 311 victims in 2016 alone, mainly in peace operations. We covered this earlier this year.

Sadly, the 311 victims are only those who were brave enough to come forward to report the rapes and abuse. Many of the victims were children. The UN Secretary General confessed that this was only the tip of the iceberg. But how big is the iceberg?

According to Global News,

“According to police, Dalglish was taken from a home in a district north of Kathmandu. Police said in a statement two girls, 12 and 14 years old, were “rescued” from the home. Police allege children were lured with a promise of education and foreign travel before they were sexually abused. Authorities said in the statement they are investigating whether more children may have been victims.”

Dalglish has quite the resume, apart from being a senior UN official he founded the charity known as “Street Kids International.” He was taken in by Nepal police on Sunday April 8th, as Xinhua news agency reported.

The Central Investigation Bureau (CIB) of Nepal Police wanted to question him.

Bringing The ‘Dark’ To ‘Light,’ It’s Really All One

If we want to move forward aas a human race, we have to look at the ‘darker’ aspects of humanity and bring them to light. We have to expose our ‘humanitarian’ organizations and ‘leaders’ who commit acts like this, so we can see the bigger picture about who we, as humanity, allows to be appointed to positions of power.

This type of activity is literally unbelievable, and the fact that multiple allegations of elite level pedophilia have been made public over a period of many years, is quite disturbing. To find out that someone whom you once looked up to, or someone who is praised in the eyes of the masses, is involved in such things can really be quite a big shock.

The most important thing, however, with such revelations, is not to direct the same energy into it. If we accuse, attack, blame, and punish, we’re really getting nowhere. Instead, we should look at the bigger picture, make the connections and find out why all of these elitist groups are engaged in such activity, and why they are continually portrayed to be the saviours of humanity.

This is one big human experience, the human mind labels certain experiences as ‘good’ or ‘bad,’ or ‘dark’ and ‘light,’ but the truth is, it’s just an experience, and we can change what doesn’t resonate about us anytime we choose. Although it’s hard to deliver a conscious take away from this story, as we try to do with all our other stories, it’s really about coming to grips with the fact that some dark things are happening on planet Earth, but our reaction and response to these things determine whether or not we are going to put a halt to it.