Prepare For Change
Home Awakening Evangelical Leaders are Wrong – Today’s Israel Is NOT the Fulfillment of... 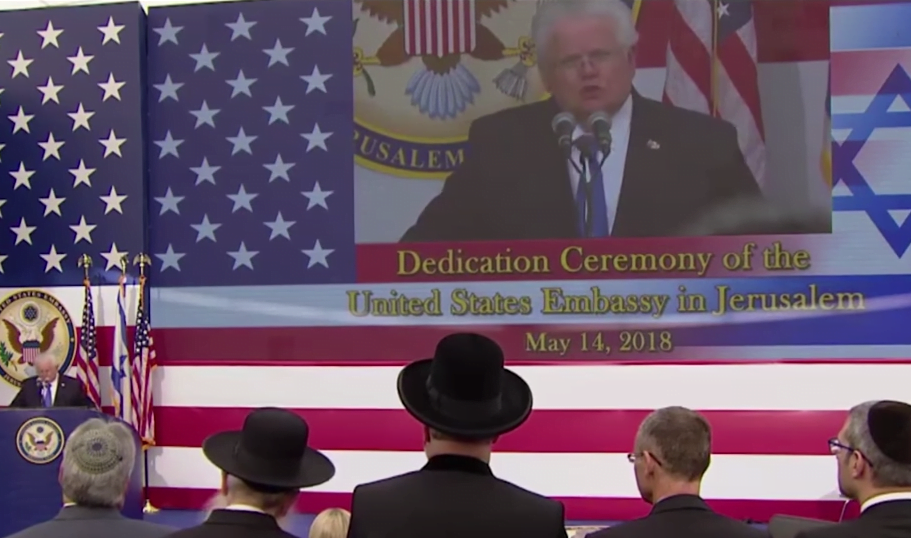 “Hagee and Jeffress and Robertson and LaHaye, et al. are wrong. …  Netanyahu and his fellow Zionists are NOT God’s chosen people.”

The author is a prominent American Christian conservative who was a presidential candidate for the paleoconservative Constitution Party in 2008, when he was endorsed by Ron Paul.

He is the pastor of Liberty Fellowship, a non-denominational church in Montana, and a popular radio host and columnist. His weekly sermons are available on his YouTube channel. 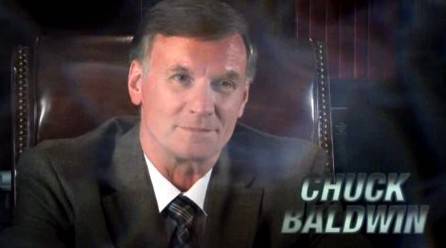 He is a relentless foe of neoconservatism and frequently criticizes the neocon hostility towards Russia.  His views are representative of an influential and substantial part of Trump’s popular support.

Here is an archive of his excellent articles which we have published on Russia Insider, when they were relevant to the debate over Russia.

Editor’s note: This is an excerpt from Baldwin’s latest article on the recent events in Israel. We want to focus on what he says about Christian Zionism, because it has become one of the most important factors in the US today motivating unqualified US support of everything Israel does. It is a big reason behind Trump’s support for moving the embassy to Jerusalem, and for agreeing to Israel’s bellicose policy towards Iran.

Sadly, most evangelical Christians will have no desire to read or listen to anything critical of Zionist Israel, because they have been totally and completely indoctrinated in Scofield dispensationalism and Israel-centered prophetic futurism. 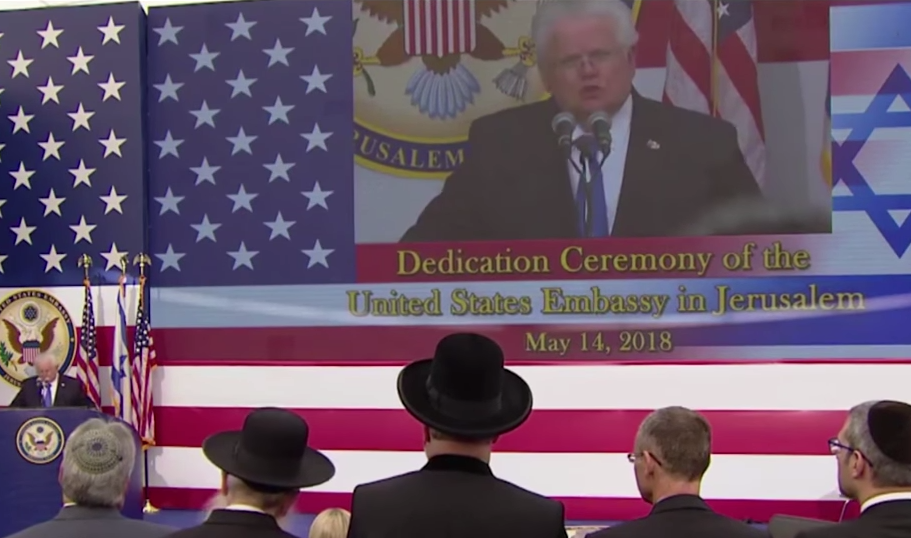 From Liberty University (LU) to Dallas Theological Seminary (DTS), from John Hagee to Robert Jeffress, and from Pat Robertson to Tim LaHaye, evangelical Christians have been immersed in the notion that the advent of Rothschild’s Zionist State of Israel in 1948 is a fulfillment of Biblical prophecy and that the state itself is a burgeoning fulfillment of Jehovah’s covenants with Abraham and David. They are further convinced that God’s promise to Abraham, “I will bless them that bless thee, and curse him that curseth thee” (Genesis 12:3 KJV), applies to the Rothschild State of Israel created in 1948. 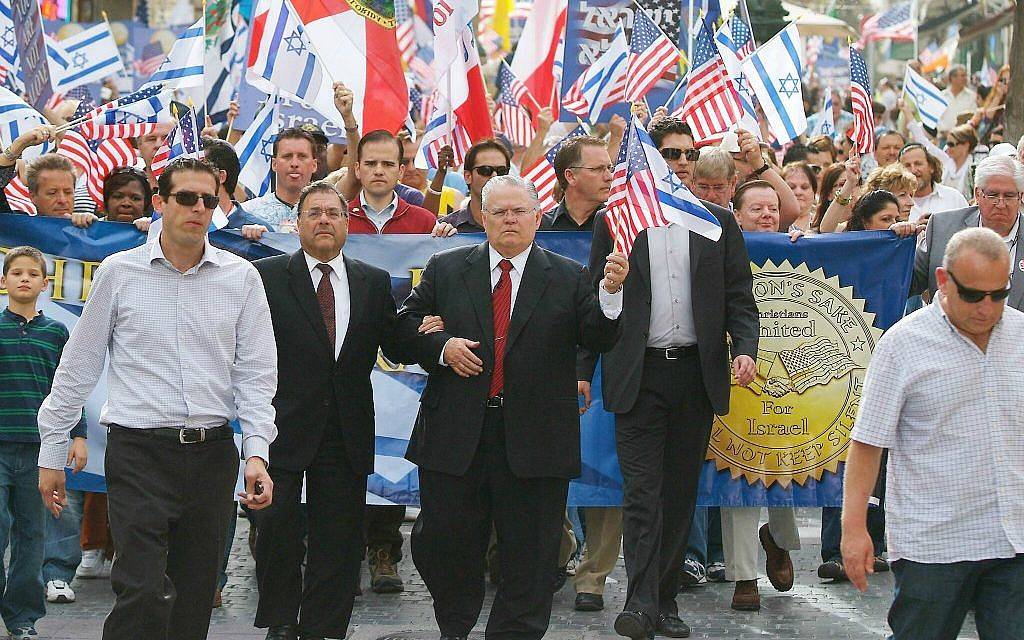 Hagee marching in solidarity with Israel in Jerusalem in 2016: “Pro-Israel evangelicals will storm US voting booths”

Believe me: I understand the way they think perfectly, because I used to think the exact same way—for over 30 years. That is, until I began to prayerfully and carefully study the issue for myself, only to find that Scofield and LU and DTS and Hagee and Jeffress and Robertson and LaHaye, et al. are wrong.

The Rothschild Zionist State of Israel is NOT the fulfillment of Biblical prophecy; it is NOT a burgeoning fulfillment of the covenants God made with Abraham and David; Netanyahu and his fellow Zionists are NOT God’s “chosen people”; and God’s promise to Abraham, “I will bless them that bless thee, and curse him that curseth thee,” does NOT remotely apply to the Rothschild state created in 1948.

Must watch – Hagee explaining why Christians must support Israel 4 days ago at embassy opening. For people not familiar with Messianic Christian Zionism, which is taught to about 20% of Americans by their Protestant pastors, this is shocking. Hagee is one of the best known proponents of this view.

And perhaps nothing Jesus taught applies more accurately to the Zionist State of Israel than these words: “Wherefore by their fruits ye shall know them.” (Matthew 7:20 KJV)

Rothschild Zionism—since even before Israel’s inception, and even more following its inception— has produced chaos and carnage, destruction and death that is unparalleled in human history. And the impact of modern Israel on human suffering staggers the imagination.

Presently there are 16 million avoidable deaths from deprivation and deprivation-exacerbated disease each year globally and there have been 1,500 million such deaths since 1950 (this including 600 million Muslims), this carnage being significantly linked to continuing Zionist perversion of US aid and foreign policy.

There have been 32 million Muslim deaths from violence, 5 million, or from deprivation, 27 million, in 20 countries invaded by the pro-Zionist US Alliance in the US War on Terror (US War on Muslims) since the US Government’s 9-11 false flag atrocity in which Apartheid Israel is very likely to have been complicit.

There have been millions of refugees generated and millions of Indigenous deaths from violence or imposed deprivation in countries subject to Apartheid Israeli-backed, genocidal civil wars, notably Guatemala, Myanmar, Sri Lanka, Syria, Sudan and South Sudan.

There have been 28 million American preventable deaths since 9-11 (1.7 million annually) that are inescapably linked to Zionist-beholden US Governments committing to a $40 trillion long-term accrual cost of supporting Apartheid Israel, this including a $7 trillion long-term accrual cost for the killing of millions of Muslims abroad in the Zionist-promoted War on Terror instead of keeping millions of Americans alive at home.

Yet, to Scofield-zombied evangelicals, all of this death and destruction is considered not only “acceptable” but part of “God’s plan.” They believe that the Rothschild State of Israel is destined to usher in the return of Christ. But not before the antichrist takes over Israel, of course, and destroys a large percentage of the world’s population. Not to worry, however, because these Israel-obsessed evangelicals believe they will escape all of this death and destruction via the “Rapture.”

Evangelicals also attempt to justify Israel’s murder and genocide of millions of innocent people by trying to compare this death and destruction by the Zionist state to God’s direct commands to Old Testament Israel (through Moses) to defeat the nations of the Old Testament Promised Land. But there is absolutely NO comparison. Lionel Walter Rothschild, Theodor Herzi, Chaim Weizmann and Benjamin Netanyahu are NOT Moses. These men didn’t (or don’t in the case of Netanyahu) even recognize Jesus Christ as being the Jews’ Messiah or the world’s Savior. (And as every evangelical Christian should know, Jehovah of the Old Testament and Jesus Christ of the New Testament are ONE.) These men subscribed (or subscribe in the case of Netanyahu) to Talmudism, which is nothing more than the continuation of the pagan religion of the Pharisees in Jesus and the Apostles’ day. Back in May of 2014, Netanyahu even recognized the law that will “establish the Talmud, the core work of Jewish law, as an official basis for Israeli state law.”

To equate the acts of a group of Christ-rejecting, Christ-hating Talmudists who murdered and are murdering millions of people for the sake of power and wealth to the acts of God’s great Old Testament prophet, deliverer and lawgiver, Moses, is nothing short of blasphemy.

But evangelicals do seem to have one thing right: This Zionist State of Israel created in 1948 has already partially fulfilled the antichrist agenda of bringing death and destruction to the world, as noted above. Unfortunately, one thing they may not be counting on is that when the antichrist agenda being accomplished through Israel comes to fruition, it may include the death and destruction of the United States—and when that happens, the “Rapture” may not come in time to save them.

In the meantime, the celebration of modern Israel’s 70th anniversary this week was merely a continuation of what Zionist Israel has celebrated since the day it was conceived: death and destruction.

P.S. I, again, invite readers to watch my eight-message, two-DVD series The Church And Israel.

As I said, I had been schooled in and personally believed and taught Israel-based Bible prophecy for over 30 years. After MUCH prayer, deliberation and personal study, however, I came to realize that everything I had been taught and had myself taught on the subject was patently FALSE. I now realize that the Zionist State of Israel created in 1948 has NOTHING to do with Biblical Israel.

These two DVDs containing eight messages explain the basic, foundational scriptural truth relative to the subject of Israel that must first be comprehended in order to understand the full teaching of Scripture on the matter. I consider these eight messages to be “Biblical Israel 101.”

If you appreciate this column and want to help me distribute these editorial opinions to an ever-growing audience, donations may be made by credit card, check, or Money Order. Use this link: Chuck Baldwin Live Donate Form. I also have many books and DVDs available for purchase online. Go here: Chuck Baldwin Live Store.  To subscribe to my weekly columns, click here: Subscribe to Chuck’s Column.