Prepare For Change
Home Ascension I AM LOVE- LUMINOSITY 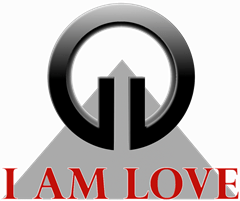 Where are we from?

Technically, we are in this lifetime physically born on divine Earth while our souls originate from the spark of Source. Yet, with possibly very few exceptions of awakened to the truth souls, humanity will provide an automatic, misappropriated response: “I am from…” and quote one of the 195 countries presently separating our world. By unconsciously and repeatedly identifying the name of the country of birth and associated emotion, we are consenting to prolonging violence and the division of humanity and Earth. Psychologists call the phenomenon “illusory truth effect” – the inclination to perceive information to be true as a result of continual exposure to it. In other words, since we are the Creators of our own reality, by constantly stating a false truth, we are predominantly enabling and perpetuating genocide, the existence of borders surrounding us, absurd laws, legal procedures, religions, traditions, cultures, thousands of languages restricting the possibilities of our own experience of life on Earth. It is not by chance that the world has been created to function as such.

The Wilder’s law of initial value, proposed by Joseph Wilder, states that a body’s reaction to external stimulus is based upon the initial state of the body prior to the application of the stimulus. Alternatively stated, if one has studied behavior in the absence of a particular external stimulus, applying said stimulus to the body will reveal behavioral changes directly resulting from its presence. The potential of either evolution or subjugation of individual and collective human consciousness, dependent upon the origin and energetic signature of applied external stimuli, can thus only be imagined. In our present times, countries have been deliberately and skillfully created as the overarching external stimulus to more easily lower human consciousness and control the human race and life on Earth. Below are only several of an inexhaustible number of inter-related ways through which the existence of countries as established today leads to the ultimate goal of controlled extermination of divine existence on Earth. Following each factor is a brief description of what would otherwise reality look like.

Now that countries have conditioned the collective consciousness to vibrate on lower frequencies allowing for effortless world-wide control, their need is becoming obsolete. Hence, the rise of the “new world order,” designed to materialize the final step of the criminal agenda – transhumanism or the absolute extinction of the frequency of God. Is it a coincidence that 193 countries are members of the United Nations? No.

The only way for us as humanity to survive and thrive is to see through the veil of illusion, to

hold the vision of Earth as whole, as luminous, to feel her love for us and restore her magnificent, benevolent nature. We are inherently divinely inspired beings and powerful as such. It is time that we dissolve all borders within and outside ourselves, say “no” to oppression, “yes” to heart-to-heart connection and, alongside Earth, enter the kingdom of God.

We would like to leave you with a poem from “The 13th Secret Code” by Sosé Gjelaj:

How glorious is a man’s destiny

when he leaves behind

the arrows of time.

And he boldly pushes forward

through the uncertain future.

A man’s destiny is glorious

because his moral error

does not doom him.

And then he survives all of his mistakes

to finally reach to this internal truth,

to find that he can only draw from that.

And this is a broad enough of a ship

that draws all nations in.

We reflect in this borrowed time

so we can see the light of

We can determine the extent of the ocean

because we behold one of its waves.

Deep in a soul we hide.

Art: “God: I am Love” by Sosé Gjelaj and Elitsa Teneva