Prepare For Change
Home Awakening Kefir, The Elixir of Youth – Everything You Need To Know 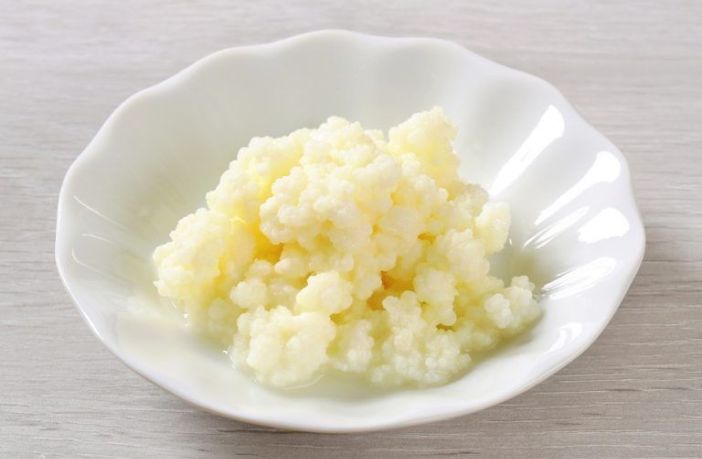 Kefir is an ancient food that has long been treasured for its health promoting and medicinal benefits:

What is Exactly Kefir?

Kefir or Milk kefir is a probiotic rich fermented milk drink made by adding either kefir grains or a kefir starter culture to milk.  Also known as búlgaros the drink has long been considered an elixir of youth, life and longevity by all those who drank it.

Where Does It Come From?

Kefir is thought to originate in the Northern Caucus Mountains, however other fermented milk and yogurt drinks with similar properties can be found in Europe, the middle east and Central Asia. The name kefir is thought to come from the Turkish word “keyif,” meaning “good feeling”. Kefir has been drunk for centuries – and was a closely guarded secret until the work by Dr. Ilya Metchnikoff brought attention to the benifts of the drink

Kefir became popular throughout Russia in the 20th Century following the early research by Dr. Ilya Metchnikoff, the Russian immunologist credited with discovering the ‘probiotic’ properties of Lactic Acid Bacteria.

Dr. Ilya Metchnikoff– became curious as to why the people of the northern Caucasus lived so much longer that other similar populations. Examining their diets, he found fermented milk products were a notable constituent and suggested a connection between the bacteria in these foods and their health and longevity.
He theorized that the lactic acid bacteria present in fermented milk products such as Kefir helped to inhibit the growth of harmful microorganisms in their gut and contributed to their immune health.

Following the work by Dr. Metchnikoff – for which he received the nobel prize in 1908, fermented milk products became widely recognized and prescribed for their medicinal benefits and were used in hospitals in Russia throughout the soviet era to treat conditions such as digestive disorders, cancer, tuberculosis, and even atherosclerosis.

While Kefir grains are mainly used to ferment fresh milk from mammals, although they can also be used with soy, coconut, rice and almond milks.

To prepare Milk Kefir, add 1-2 tea spoons of Milk Kefir Grains to 3-4 cups of milk and leave to ferment at room temperature for between 12-24 hours – depending on the temperature. For detailed information on how to make Kefir follow our guide

Unlike other dairy products, Kefir has been found to be suitable for people with lactose intolerance as Kefir contains very little lactose, the sugar present in milk.
As most of the lactose has been broken down to lactic acid by the bacteria in the Kefir Grains and some broken down further into propionic acid.

Some of the lactose is converted to kefiran, a polysaccharide – or complex sugar thought to confer a number of the health benefits on humans. Kefiran has been studied extensively for its anti-inflammatory properties, anti-bacterial properties as well as strengthening the immune system.

Milk kefir can have a sour taste – like many fermented food products – and may have an effervescent or fizzy feel – depending on the culturing process. Like most fermented foods, small quantities of alcohol are produced in the fermenting process – typically well under 1%. Fermentation typically takes place over night depending on the temperature and quantities of grains involved.

What are Milk Kefir Grains?

Milk kefir grains are a combination of live bacteria, yeasts in a matrix of protein, lipids and sugars, also referred to as a Scoby (a Symbiotic Culture of Bacteria and Yeast).

The lactic acid bacteria and yeasts that make-up the kefir grains can vary depending on the parent strain, the location and the conditions.

As a result each batch of Kefir can vary significantly. The Kefir grains are a living ecosystem of bacteria and yeasts and will survive for as long they are “fed” and cared for.

Other benefits of probiotic foods such as Kefir can include better immune health, weight management, digestive health, inflammation and even mental health. They are also recognised for their health benefits in the treatment of a number of chronic diseases.

While each batch can vary in composition, the following is a list of bacteria and yeast strains found in kefir grains from different studies.

Other Benefits of Drinking Kefir