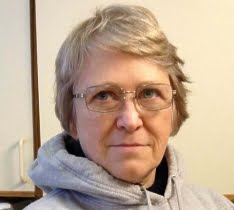 Remember that I told you that the rats were moving their base of operations to China— because the parasites are leaving one host and infecting another?

Well, here you have it in black and white, Campers.

Federal District Court of China established in DC in 1943.

ICAN made the “Department of Commerce” into Commerce, Inc.

A “Registrar” is a designation under the supervision of the Secretary of Commerce.

The China Trade Act says that “the official Registrar shall be in China.” That Act was passed in 1922 to set up a Chinese Corporation (evidently to replace the District of Columbia Municipal Corporation) with an agent in DC.

46 USC 12-101 then beats out the details of this “Registrar – Registry” scheme, in which shares of the “domain name” are sold to investors around the world. “Domain” is a synonym for “Estate”.

So what are these bastards selling? Shares in your Estate.

Then 31 USC 9101 creates the convenient generation skipping arrangement, so the investors “inherit” everything and you get nothing.

So they are infringing on your natural Common Law copyright to your Given Name, just as I described it to you, by registering it. And then they are selling the right to use your NAME to bring charges against you.

The vermin are leasing your NAME to investors who get paid dividends when charges are brought against your NAME.

You all get the picture? Know why China is suddenly so rich and America is so poor? Because the scum of the Earth transported your wealth via the Magic Trick of “registration” to China.

Become the storm and show DC and Peking and Brussels what “Shock and Awe” really means.

See this article and over 1100 others on Anna’s website here: http://www.annavonreitz.com/

1 thought on “The Move to China”