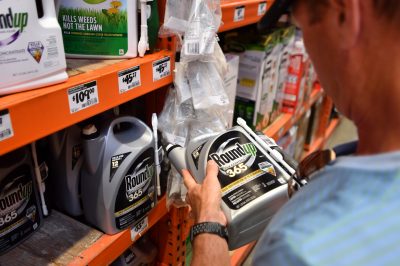 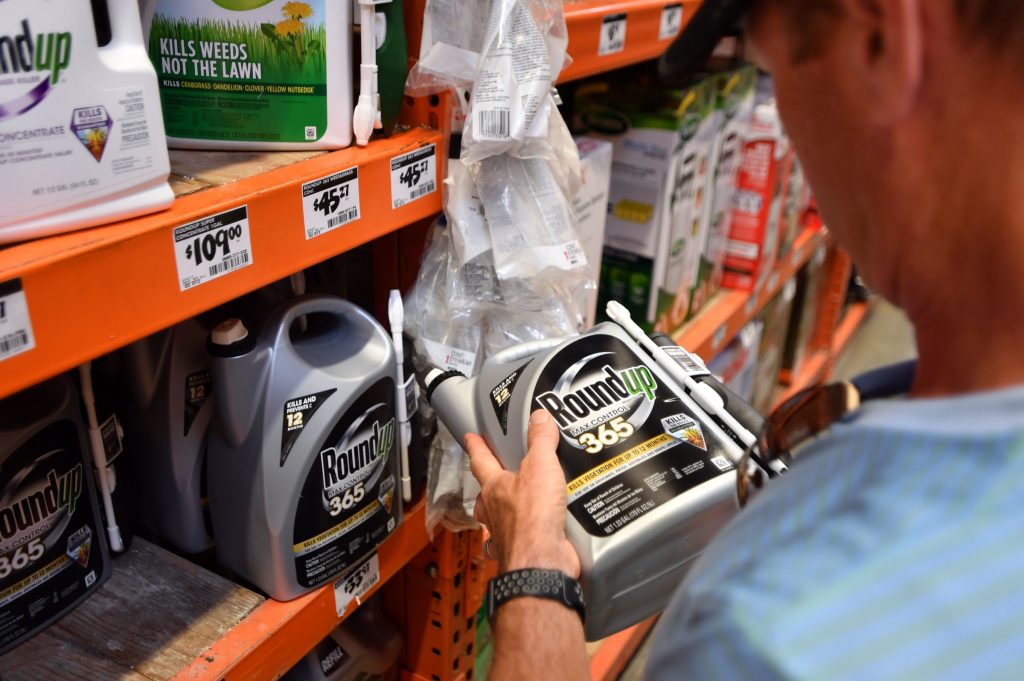 DeWayne Johnson, a 46-year-old father dying of non-Hodgkin lymphoma, became the first person to face Monsanto in trial last week over allegations the company hid evidence about the cancer-causing dangers of its Roundup weedkiller. Johnson is the first of some 4,000 people suing Monsanto in state and federal courts claiming their cancers were caused by glyphosate-based Roundup. The litigation, and documents coming to light because of it, are shining light on the heavy-handed tactics Monsanto (now a subsidiary of Bayer) has used to deny cancer risk and protect the chemical that is the lynchpin of its profits.

“Monsanto was its own ghostwriter for some safety reviews,” Bloomberg reported, and an EPA official reportedly helped Monsanto “kill” another agency’s cancer study. An investigation in Le Monde details Monsanto’s effort “to destroy the United Nations’ cancer agency by any means possible” to save glyphosate.

Two recent journal articles, based on reviews of the Roundup trial discovery documents, report corporate interference in a scientific publication and a federal regulatory agency, and other examples of “poisoning the scientific well.”

“Monsanto’s ghostwriting and strong-arming threaten sound science and society,” wrote Tufts University Professor Sheldon Krimsky in a June essay. The discovery documents, he said, “uncover the corporate capture of science, which puts public health and the very foundation of democracy at risk.”

This corporate war on science has major implications for all of us, considering that half of all men in the US and a third of women will be diagnosed with cancer at some point in our lifetimes, according to the National Cancer Institute.

The Documents the Food Industry Doesn’t Want You to See

For years, the food and chemical industries have set their sights on one particular target in the science world: the International Agency for Research on Cancer (IARC), the independent research group that for 50 years has worked to identify cancer hazards to inform policies that can prevent cancer.

“I’ve been fighting IARC forever!!! :)” one former Kraft Foods scientist wrote to a former Syngenta scientist in an email obtained through a state open records request. “Foods and ag are under siege since Glyphosate in March 2015. We all need to gather somehow and expose IARC, as you guys did in the paper. Next priorities are all food ingredients: aspartame, sucralose, dietary iron, B-carotene, BPA, etc. IARC is killing us!”

Don’t trust corporate media? Neither do we.

The IARC expert panel decision to classify glyphosate as “probably carcinogenic to humans” created a rallying point for the panel’s foes to gather forces. A key Monsanto document released via litigation reveals the plan of attack: discredit the cancer scientists with the help of allies across the food industry.

The document identified four tiers of “industry partners” to help advance the three objectives named in the PR plan: protect the reputation of Roundup, prevent “unfounded” cancer claims from becoming popular opinion, and “provide cover for regulatory agencies” to keep allowing the use of glyphosate.

The industry partner groups Monsanto tapped to discredit the IARC scientists included the largest pesticide and food industry lobby organizations, CropLife International, BIO and the Grocery Manufacturers Association; industry-funded spin groups such as GMO Answers and the International Food Information Council; and “science-y” sounding front groups like Sense about Science, the Genetic Literacy Project and Academics Review – all using similar messaging and often referring back to each other as sources.

Documents obtained by the US Right to Know investigation illuminate on how these partner groups work together to promote the “MON POV” about the safety and necessity of pesticides and GMOs.

One set of documents revealed how Monsanto’s PR operatives organized “Academics Review” as a neutral-sounding platform from which they could launch attacks against a target list of foes, including the Sierra Club, author Michael Pollan, the movie Food, Inc. and the organic industry.

Even now with their playbook exposed – and their primary funding identified as coming from a trade group funded by Monsanto, Bayer, BASF, Syngenta and DowDuPont – Academics Review still claims on its website to accept donations only from “non-corporate sources.” Academics Review also claims that the “IARC glyphosate cancer review fails on multiple fronts,” in a post sourced by the industry-funded PR website GMO Answers, the industry-funded front group American Council on Science and Health, and a Forbes article by Henry Miller that was ghostwritten by Monsanto.

Miller and the Academics Review organizers Chassy, Tribe, Byrne, Sachs and Giddings are all also members of AgBioChatter, a private listserver that appeared in Monsanto’s PR plan as a tier 2 industry partner. Emails from the AgBioChatter list suggest it was used as a forum to coordinate industry allies on messaging and lobbying activities to promote GMOs and pesticides. Members included senior agrichemical industry staff, PR consultants and pro-industry academics, many of whom write for industry media platforms such as GMO Answers and Genetic Literacy Project, or play leadership roles in other Monsanto partner groups.

Genetic Literacy Project, led by longtime chemical industry PR operative Jon Entine, also partnered with Academics Review to run a series of conferences funded by the agrichemical industry to train journalists and scientists how to better promote GMOs and pesticides and argue for their deregulation. The organizers were, again, dishonest about the sources of their funding.

These groups cast themselves as honest arbiters of science even as they spread false information and level near hysterical attacks against scientists who raised concerns about the cancer risk of glyphosate.

A search for “IARC” on the Genetic Literacy Project website brings up more than 220 articles with industry messaging, maligning the cancer scientists as “anti-chemical enviros” who “lied” and “conspired to misrepresent” the health risks of glyphosate, and arguing that the global cancer agency should be defunded and abolished.

Many of the anti-IARC articles posted on that site, or pushed by other industry surrogates, ignore the many news reports based on the Monsanto Papers documenting corporate interference in the scientific research, and focus instead on the misleading reporting of Kate Kelland, a Reuters’ reporter who has close ties to the Science Media Centre, the sister organization of Sense About Science, a group Monsanto suggested in its PR plan to “lead industry response” in the media.

The battle against IARC, based on these attacks, has now reached Capitol Hill, with Congressional Republicans led by Rep. Lamar Smith investigating and trying to withhold US funding from the world’s leading cancer research agency.

Who Is on the Side of Science?

Monsanto’s lobbying and messaging to discredit the IARC cancer panel is based on the argument that other agencies using risk-based assessments have exonerated glyphosate of cancer risk. But as many news outlets have reported, along with the two recent journal articles based on the Monsanto Papers, evidence is piling up that the regulatory risk assessments on glyphosate, which rely heavily on industry-provided research,  have been compromised by undisclosed conflicts of interest, reliance on dubious science, ghostwritten materials and other methods of corporate strong-arming that puts public health at risk, as the Tufts Professor Sheldon Krimsky wrote.

“To protect the scientific enterprise, one of the core pillars of a modern democratic society, against the forces that would turn it into the handmaiden of industry or politics, our society must support firewalls between academic science and the corporate sectors and educate young scientists and journal editors on the moral principles behind their respective professional roles,” Krimsky wrote.

Policy makers must not allow corporate-spun science to guide decisions about cancer prevention. Media must do a better job reporting and probing into conflicts of interest behind the corporate science spin. It’s time to end the corporate war on cancer science.

Stacy Malkan is co-director of U.S. Right to Know, a nonprofit devoted to pursuing truth and transparency in our food system. Stacy is also the author of Not Just a Pretty Face: The Ugly Side of the Beauty Industry.