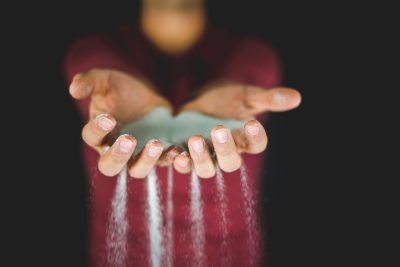 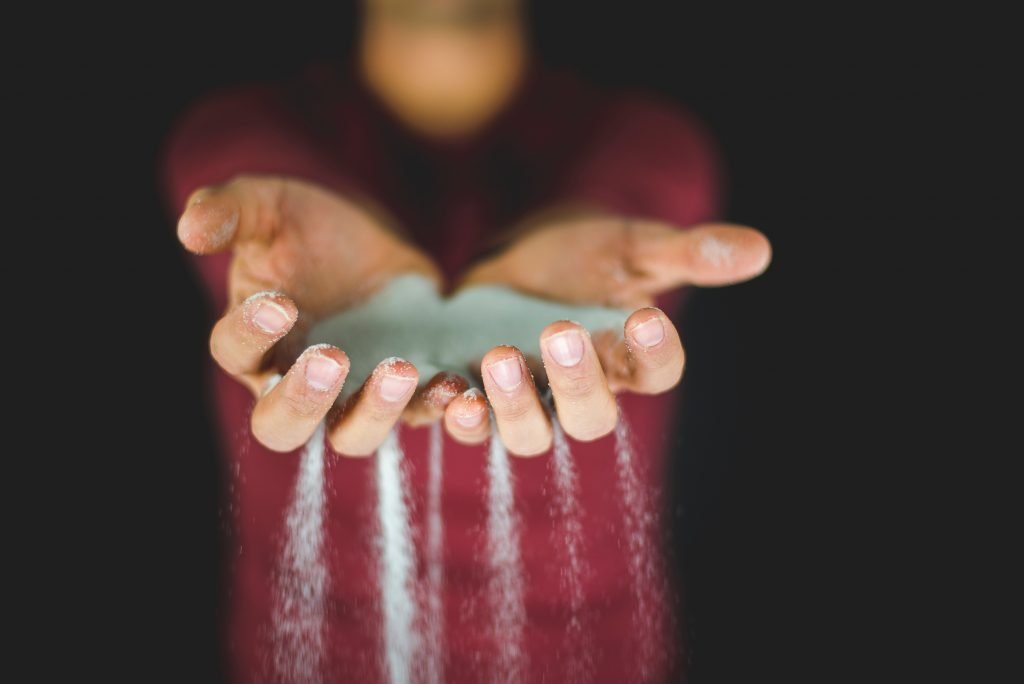 I admit it: I’m a little bit addicted to the stuff.

I know it’s terrible for my health, but sometimes I need a fix.

I used to believe that I was weak…that I simply lacked willpower.

But, lately, I feel a bit vindicated: mounting evidence is showing that the tiny white crystals are VERY addictive.

Sugar is found nearly everywhere. It is in approximately 75 percent of packaged foods purchased in the United States.

The average American consumes anywhere from a quarter to a half pound per day.

Did that sink in?

If so, you probably think I’m terrible at math, or that I made a typographical error.

As outrageous as consuming up to a HALF POUND of sugar per day sounds, it is entirely possible – and common.

Sugary beverages are the primary source of added sugar in the average American diet, and they are particularly dangerous because the method of consumption is rapid. It’s easy to gulp down a few sugary drinks every day without thinking much about it.

Then, of course, you have to account for all of the non-liquid sources of sugar you consume.

As you can see, avoiding sugar can be challenging, consuming a lot of it is fairly easy, and tracking your intake can be difficult (unless you are a meticulous label-reader and number-cruncher).

To make matters worse, sugar can be highly addictive.

James DiNicolantonio is a cardiovascular research scientist at St. Luke’s Mid-America Heart Institute in Kansas City, Missouri. He says that refined sugar is similar to cocaine, and that studies show it can be even more addictive than the recreational drug.

In an opinion piece for The New York Times, DiNicolantonio explained why comparing sugar to drugs is not hyperbole:

Substance use disorders, defined by the Diagnostic and Statistical Manual of Mental Disorders, exist when at least two to three symptoms from a list of 11 are present. In animal models, sugar produces at least three symptoms consistent with substance abuse and dependence: cravings, tolerance and withdrawal. Other druglike properties of sugar include (but are not limited to) cross-sensitization, cross-tolerance, cross-dependence, reward, opioid effects and other neurochemical changes in the brain. In animal studies, animals experience sugar like a drug and can become sugar-addicted. One study has shown that if given the choice, rats will choose sugar over cocaine in lab settings because the reward is greater; the “high” is more pleasurable.

Sugar stimulates brain pathways just as an opioid would, and sugar has been found to be habit-forming in people. Cravings induced by sugar are comparable to those induced by addictive drugs like cocaine and nicotine. And although other food components may also be pleasurable, sugar may be uniquely addictive in the food world. For instance, functional M.R.I. tests involving milkshakes demonstrate that it’s the sugar, not the fat, that people crave.

“When you look at animal studies comparing sugar to cocaine,” DiNicolantonio told Here & Now, “even when you get the rats hooked on IV cocaine, once you introduce sugar, almost all of them switch to the sugar.”

Sugar addiction is not biological, DiNicolantonio says. A certain consumption threshold must be achieved over a certain period of time in order to alter the brain’s neurochemistry. Subsquently, people experience dopamine depletion and sugar withdrawals:

You get this intense release of dopamine upon acute ingestion of sugar. After you chronically consume it, those dopamine receptors start becoming down-regulated — there’s less of them, and they’re less responsive. That can lead to ADHD-like symptoms…but it can also lead to a mild state of depression because we know that dopamine is that reward neurotransmitter.

In the following video, pediatric endocrinologist Dr. Robert H. Lustig and psychologist Dr. Elissa S. Epel explain how sugar and other junk foods can “hijack” the brain to make us want more and more.

#SUGAR – the skinny on #obesity and sugar #addiction https://t.co/kOIjFd7ulp

The only ones benefiting from your addiction are the sugar and processed food industries. Think you can rely on your government to provide you with accurate information about the dangers of sugar? That’s not going to happen – Big Sugar is a large, powerful, and wealthy industry that has been using Big Tobacco-style tactics to influence policy and ensure that government agencies dismiss troubling health claims against their product for decades.

Your health is in YOUR hands.

Stay tuned for part 2 of this series. We’ll talk about the mounting evidence that shows the links between sugar consumption and disease. In part 3, we’ll cover tricks that can help you break the addiction cycle.

Sugar Has 56 Names: A Shopper’s Guide

Pure, White, and Deadly: How Sugar Is Killing Us and What We Can Do to Stop It

*I have also published this article on Steemit.*

Photo by Ben White on Unsplash

Explore our articles on SUGAR

This article appeared first at Nutritional Anarchy and appears here with permission.

Nutritional Anarchy is owned and operated by Lisa Egan and may contain advertisements, sponsored content, paid insertions, affiliate links or other forms of monetization.