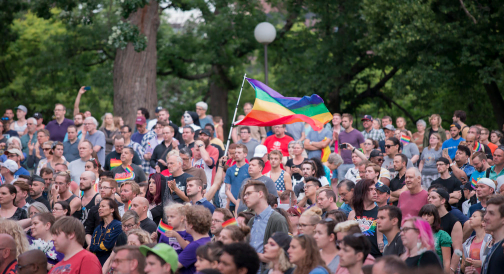 Children who attend American public schools are no longer being taught traditional family values, including how to maintain healthy male-female relationships as well as have children and build strong families. Instead, they’re being taught that there’s no such thing as biological sex, and that “transgenderism” is completely normal.

This is a heinous form of child abuse and sexual assault against minors, which the Fishers of Men group discussed during a recent episode of RTR Truth Media News Talk Analysis that aired at REAL.video.

The hosts referenced an article published by Natural News that cited a WorldNetDailyreport on proposed curriculum changes at Fairfax County Schools in Northern Virginia.

In case you missed it, the Fairfax County School Board is pushing to eliminate the concept of male and female entirely from the school system’s grade school textbooks. Its members instead want to brainwash children into believing that all humans are androgynous and sexless, and that transgenderism is the path forward for humanity.

The Board also says that public schools need to be given full responsibility to indoctrinate children into the religion of LGBTet.al. because the “clergy” – that is, religious leaders – can’t be trusted to give them “accurate” information about how there’s no such thing as male or female.

The religion of LGBT cannot coexist with Christianity

The message being sent by the Fairfax County School Board is not only one of intentionally polluting the innocent minds of young kids, but also advocating for the elimination of all opposing religions – because LGBTism is, in fact, a religion in and of itself.

“The non-advocation of a religion, this becomes a religion because it becomes an anti-religion,” explains RTR Truth Media.

“Therefore, there is no argument now that they have. And we’ve been trying to say this for a long time that this is a new secular religion. When you become an anti-religion and adopt all kinds of interesting fundamentals, then you become a religion unto yourself.”

Jesus warned against people who would harm innocent children like this, saying they’re better off being thrown into the sea with millstones around their necks

We warned about all of this back in 2016, explaining how the cult of LGBT wasn’t going to stop with just “gay marriage.” The ultimate goal has always been to capture the minds of children during their most formative years in order to pervert their understanding of biological reality.

And it’s all happening with American taxpayer dollars, which are being used to turn America’s public schools into what Mike Adams, the Health Ranger, describes as “transgender child factories, churning out confused, suicidal children who are physically and chemically mutilated by a society that applauds them for denying their biological reality.”

In the gospels, Jesus warned that it’s better for someone to have a millstone hung around his or her neck and be thrown into the sea than face the eternal consequences of harming or otherwise causing children to stumble. This is exactly what the cult of LGBT is doing to children – and with unabashed “pride,” no less.

Rosaria Butterfield, a former lesbian, spoke about this in reference to so-called “Christian” author Jen Hatmaker, who several years back decided to offer her full support for LGBT acceptance.

“Today, I hear Jen’s words – words meant to encourage, not discourage, to build up, not tear down, to defend the marginalized, not broker unearned power – and a thin trickle of sweat creeps down my back,” Butterfield wrote in a response to Hatmaker’s departure from the faith, which was published by The Gospel Coalition.

“If I were still in the thick of the battle over the indwelling sin of lesbian desire, Jen’s words would have put a millstone around my neck.”