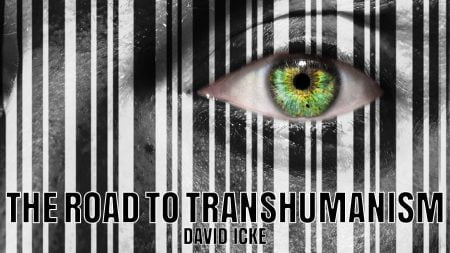 For the first time ever, human genetic modification will be carried out in Europe using the recently approved gene editing technology.

This means mainstream medicine is now venturing into uncharted territory, with human genetic modification. And there’ll be more and more excuses to do it because, as I’ve been pointing out on this UK speaking tour, the plan is to, and I go into in detail in the new book, the plan is to completely transform the human body until it is a synthetic, rather than biological, entity.

And, knowing that it is the means to understand why so many things are happening in the world, that appears to be very, very, very strange, and why is it happening.

All can be explained once you realize they want to transform the human body into a synthetic form.

Talking of which, and this is one of the things explained by them:

“Parents are told to “stand down” as vulgar sexual acts (are) taught in the classroom.

Leftist teachers (who are leftist, in other words progressive teachers, but again they’re just puppets of that which tells them what to do) have continued to push their pro-LGBT agenda onto students, and it’s worse than ever before.

Angry parents have often chosen to opt their children out of the “sex ed” classes, which regularly teach vulgarity and promiscuity to students.

But one school took extreme measures to overrule parents, and you won’t believe what they did”, this article says.

“Mommy Underground” has continued to report on the gross abuse of teachers forcing their pro-LGBT lessons onto students. Kindergartners were forced to sit through a “transition” ceremony. Other teachers were chastised for using gender pronouns when referring to their students.

And as Mommy Underground previously reported, one mom had enough and even organized a “Sex Ed Sit Out”.

But one school has pushed the envelope and is teaching students everything from abortion and how to be sexually active and still keep one’s (quotes) “virginity”.

“California enacted the California Healthy Youth Act in 2015, but only now are its controversial provisions starting to take effect in classrooms.

Under the auspices of health, the law says it will equip students to develop “healthy attitudes” on “gender [and] sexual orientation,” among other things.

It also says it will inform students about the ‘effectiveness and safety of all FDA-approved contraceptive methods,’ and facilitate ‘objective discussion’ about ‘parenting, adoption, and abortion.’

RedState contributor Kira Davis, a resident of Orange County, California, warns that among the teaching materials approved for use under this law are a study guide for the transgender children’s book ‘I Am Jazz’, as well as a ‘sexual health toolkit’.”

And what some…, what this whole explosion of gender confusion, because that’s what it is…

This web can’t give a damn about discrimination. Once it gives it an excuse to Problem-Reaction-Solution, (it) makes changes in the world as a result of it.

It’s all part of the process of them psychologically preparing people for that.

And again, you know, once you know what the outcome is designed to be, seeing the steps towards it is so easy…