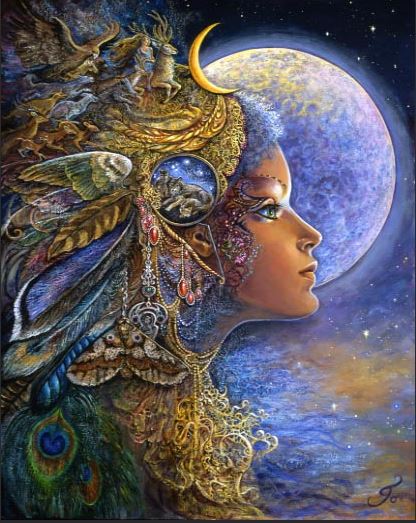 I recently did a search on Cobra’s blog using the simple word: goddess.

So let’s take a look at a few ways all this new energy is making things happen.

From Cobra’s Dec. 16 post, the activations of goddess energy in Paris kicked off the Yellow Vests movement:

“…….Since November 11th, 2018, the Paris Goddess vortex is continuously triggering kundalini activation in all human beings on the surface of the planet. This is the occult reason for the success of the Yellow Vests movement, which is a grassroots movement against all oppression….. ”

From Cobra’s Oct. 29 post, it’s Astraea for the New Renaissance and Abundantia working with St. Germaine:

“…..These new Galactic energies also bring the activation of many Goddess archetypes. The first archetype that is activated is the archetype of Astraea. This energy will bring the New Renaissance and the renewal of high culture:

The second Goddess archetype that is being activated is the archetype of Abundantia. This energy will bring spiritual and physical abundance to the surface population:

You need to understand that both Astraea and Abundantia are not just archetypes to be invoked, they are real Ascended beings that transmit powerful healing Galactic energies to the surface of the planet. Abundantia is assisting Saint Germain in his project of the financial Reset……”

Cobra is saying the Galactic Central Sun, whose flood is bringing in massive changes to our own planet, is in actuality goddess energy, the energy of creation and change.

So: It makes sense for us all to expand the goddess energy –the light and the love– in just about all that we do.

Men can use goddess energy to integrate a whole bunch of concepts and bring balance to their lives.

Women can use the goddess energy to come fully into their own selves, take ownership of their own power and start setting goals and achieving them.

And we can all learn to embrace both our masculine and feminine sides, because face it:  We’ve all got both kinds of energy, it’s just that goddess energy has been suppressed.