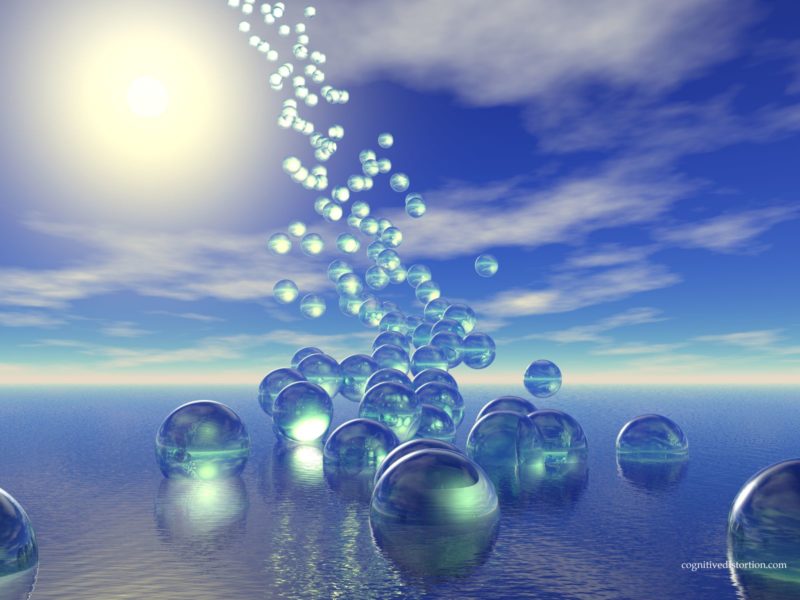 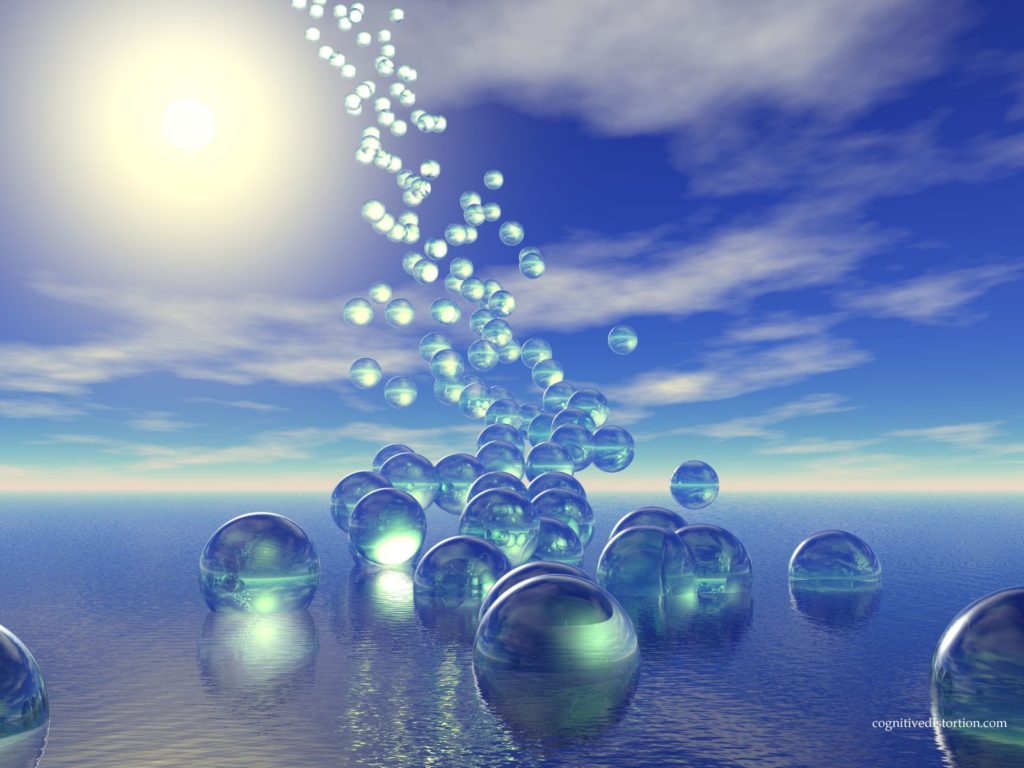 We all are being challenged to think differently. The world is not going to change itself without our involvement. We each wanted to be here on planet Earth to experience this crucial time of ascension, of raising our vibration and consciousness.

If we ourselves, each one of us, do not start manifesting the life we want to live – then others will create for us, and we’ll be repeating history for another round.

I’d like to share my favorite vision of living in communities of Sovereigns in the New Earth.

For years I have been envisioning the New Earth of fifth-dimensional frequency and how we will live as Sovereign Human Creators in small communities. This higher level of existence requires living from the heart and being connected to Source, thus money becomes obsolete. In the realm of 5D the frequency of Unconditional Love permeates everything. Love is the language, the currency, and the law. The New Earth is about Gift Economy.

Years ago I read the eye-opener “Ubuntu-Contributionism – A Blueprint For Human Prosperity” by Michael Tellinger.  He is one of the major whistleblowers dedicated to spreading the truth of our parasitic and predatory system of money. He describes how money was introduced to the human race as a means of enslavement and harvesting of human energy.

I personally understand the emerging Ubuntu movement as a means of transcending the Matrix Control System.

Since 2006 I have been deliberately living outside the Matrix, as much as is possible. I have only four bills per month to pay. It’s a frugal and limiting life, for you cannot thrive while living under the radar. Yet, what counts is that I am able to fulfill my Lightworker mission.

Dear reader; if you wish, count in your mind your monthly bills. Each one tells you how much you fuel the Matrix with your energy and money. If you participate in elections and give your voice/vote to a political leader/party then you are voluntarily part of the system of domination and control and you agree to it on some level.  And if watching television is your main leisure activity ask yourself to which degree you are being indoctrinated by the American MKUltra (MindKontrolUltra) culture.

However, not all is lost! The time of awakening is upon us! Once we awaken to the greater truth of who we are and that we originate from outside the Matrix, we can choose to stop our participation and exit the system. We can decide to play by a different set of rules as Sovereign Human Creators. It is time that we gather as soul families and create Bubbles of Heaven, Isles of Light, Ubuntu communities., and others.

A year ago I wrote a 4-part vision statement of a new community. I’d like to share here Part 3 of it.

Part 3:  Playing the Glass Bead Game in Celebration of Ubuntu-Contributionism

I felt inspired to lay out a short vision statement for a small-town community where we consciously manifest the New Earth of Fifth Dimension. I envision a community immersed in playing the Glass Bead Game as described in the book by Hermann Hesse.

We will create a framework by founding a Sacred Society, called Castalia. as in the novel, whose

It is for those who are ready to exit the Matrix Control System and strive to become Sovereigns, meaning fully self-empowered human creators. What is the Glass Bead Game? It cannot be described directly, it can only be paraphrased, for it is a Game of Consciousness. It could be said the Glass Bead Game is a metaphor for consciously playing the game of life, of living in a new way, of striving for excellence, of living as Sovereign Creators on Earth.

Introducing the book “The Glass Bead Game” by Hermann Hesse

When I was 23, my then-husband gifted me with the novel “The Glass Bead Game” (Das Glasperlenspiel) by Hermann Hesse. I found it deeply inspiring. We spent years fantasizing about this Utopian Glass Bead Game. And in doing so we were playing the game. (We had no television back then in East Germany.) My husband was a composer and pianist, and loved drawing endless connections between music and mathematics. My passion at that time was writing poetry and indulging in reading poetry throughout the epochs.

In The Glass Bead Game, for which Hermann Hesse won the Peace Nobel prize for literature in 1946, he formalizes an ideal of a high civilization in his fictional, futuristic town of Castalia. In a monastic setting, for males only, painstakingly trained and socially reclusive scholars uphold an age-old tradition of playing what is known as the “Glass Bead Game,” the most prestigious demonstration of their ability to draw cultural and symbolic connections among various disciplines – music, art, philosophy, history, science, symbolism and all other forms of study that one might find in a university curriculum. In competing annually in the Glass Bead Game, the town of Castalia coalesces all of the disciplines into one expression of mastery that unifies the wisdom of broader human civilization. Players of the game become initiates in a mystery, versed in complex symbolism they have spent their lives working tirelessly to master.

In Greek mythology Castalia was a water nymph whom Apollo transformed into a fountain. Castalia could inspire the genius of poetry to those who drank her waters or listened to their quiet sound. Apollo consecrated Castalia to the Muses.

The 20th century German novelist Hermann Hesse used Castalia as inspiration for the name of the futuristic fictional Utopia in his 1943 magnum opus, The Glass Bead Game. Castalia is home to an austere order of intellectuals with a twofold mission: to run boarding schools for boys, and to nurture and play the Glass Bead Game.

Hermann Hesse never provided any directions of how to actually play the game, therefore  preserving the concept of mystery about the game itself as its own fictional symbol. He called the Glass Bead Game an “eternal idea” that demonstrated the intelligence found in the entire cosmos.

The Glass Bead Game is the marriage of passion with tight structure in the field of ideas — specifically including verbal, pictorial, and musical ideas. The game pieces are called glass beads, they span an  endless variety of disciplines. The game is an abstract synthesis of all arts and sciences. It proceeds by players making deep connections between seemingly unrelated topics. It is “a kind of synthesis of human learning” in which themes, such as a musical phrase or a philosophical thought, are stated. As the game progresses, associations between the themes become deeper and more varied. The game uses

The Glass Bead Game echoes and pays tribute to all of the prior cultures that also attempted to harmonize the various influences on human knowledge to explain the mysteries of the interconnected earthly and spiritual realm.

Playing the Glass Bead Game in a modern-day Castalia

In our Castalia all sovereign creators are equal. We are now living in the information age. We appreciate the blessings of the Internet. We have personal computers, any information is at our fingertips. We can instantly communicate with the whole world. We can play the Glass Bead Game any way we wish, there are no limitations. In comparison to the novel we are now more advanced; we are consciously playing multi-dimensionally, we quantum-leap and jump timelines. We can open portals and stargates, we can enter parallel realities and incarnations.

We can play the Glass Bead Game individually or in groups, or we can be many in the design of a Glass Bead Game. We are also a Community Happening, a living, breathing art form in forward motion. Like in the novel we could establish an annual Glass Bead Game competition in our Castalia, where people come from far and wide.

Once we have a physical location for our  community, we will create a curriculum for Castalia.

In our community of Castalia we follow Natural Law which in essence says: do not harm any other sentient kind.

As sovereign human beings we live by the Galactic Codex.

The appointing of a Spiritual Council of 13 Elders is essential. The Elders can be of any age group, but must embody “wise humans of integrity”. This council will serve as the foundation upon which our community of Castalia rests and evolves.

…”Part of our community work of Castalia will be the rehabilitation and re-integration of Cabal members. We offer those who are responsible for humanity’s suffering opportunities of  “giving back to society.” …We will let the families of these war criminals stay there in designated areas, for it gives them an opportunity to interact with us, not as slaves anymore, but as Sovereign Human Beings. This way the Haves and the Have-nots are being prompted to connect and communicate with each other in a new way as equals – toward reaching Unity Consciousness on Earth.

Other new community projects may also want to become Stewards of these large estates and turn them into thriving communities.

We are the Meek who inherit the Earth. We are the Stewards for the New Earth of fifth dimensional frequency; we finally free ourselves from the yoke of money.” (End of Part 3)

The full 7-page vision statement can be read here: http://karinllightworker.com/blog/?page_id=843

Dear Ground Crew friends; How do you envision your life after the Event Flash? If I would be given the choice I would love to leave the surface. But if my service mission must still continue I would want to co-create with others a “Bubble of Heaven” community.

Are there any passionate community fans out there who would want to be future residents of the Sacred Society of Castalia and co-creators of the Glass Bead Game?  Our objective as the core group will be to develop a curriculum for Castalia.

To those who are seriously interested I offer my page on Patreon as the interaction platform.  www.patreon.com/KarinLacy/

In Unity and Resonance,