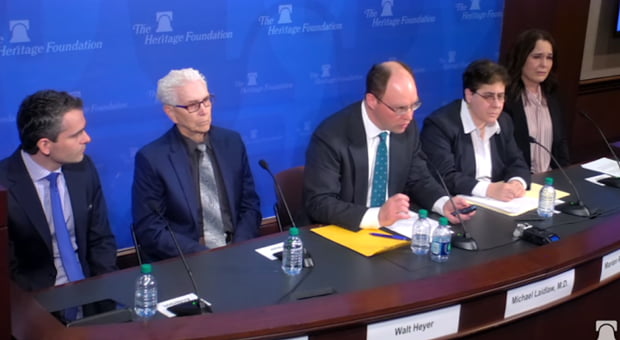 Medical doctors and a parent of a trans-identifying child spoke at a panel at the Heritage Foundation outlining dangerous transgender treatments on children.

Their efforts to fight the medicalization of gender has uncovered government-funded research allowing wrong sex hormones such as testosterone to be administered to girls as young as eight years old.

In his remarks, he described how medical scenarios such as girls as young as 13 and 14 years old undergoing double mastectomies and 17-year-old boys with penises of 9-year-olds because of chemical puberty blocker, are now showing up.

The “gender identity” trend is seeing children as young as eight getting gender transition treatment injections, he explained.

In a recent court case, the phrase was defined as a person’s “core internal sense” of their gender – a “primary factor” in defining their sex, not biology.

Bu, the endocrinologist, said this is false.

He added, “there is no objective test to diagnose this, yet we are giving very harmful therapies on the basis of no objective diagnosis.

“Hormone blockers such as Lupron, which has never been approved by the FDA, is prescribed off-label

Laidlaw says that puberty blockers are a form of “chemical conversion therapy,” and noted that The Endocrine Society ( the largest professional association for endocrinologists) now favors postponing puberty in gender dysphoric youth at Tanner stage 2, which is after the pubertal signals in the brain begin to occur.

According to the Christian Post: The reason that Jazz Jennings, transgender star of the TLC series “I am Jazz,” has reportedly never had any sexual sensations or orgasms is that his natural puberty was halted at this stage and was not allowed to occur, the California doctor explained.

In England, Oxford professor Michael Biggs discovered through a freedom of information request that at the Tavistock gender clinic, children reported greater self-harm with these particular medications, and girls exhibited greater emotional problems and dissatisfaction with their bodies, Laidlaw noted.

“Now you’d think if you had these side effects of these medications, wouldn’t you want to stop?” Laidlaw asked.

During his presentation, he played video clips of two doctors active in the medical transitioning of children, Ilana Sherer, and Johanna Olson-Kennedy.

Sherer described that puberty blockers are given to children at age 8 or 9 when they are in third and fourth grades.

Olson-Kennedy is doing a 5-year study, for which she has received a $5.7 million National Institutes of Health research grant, and in one of her publications, it shows that mastectomies have been done on girls as young as 13.

In the clip Laidlaw showed, Olson-Kennedy is seen on tape insisting adolescents can make life-altering decisions, including to have their breasts removed.

“And here’s the other thing about chest surgery: If you want breasts at a later point in your life, you can go and get them,” she says in the video.

Laidlaw asked those in attendance: “Is that correct? Can you just get a new organ, mail-order it and have surgeons put it in? You cannot.”

“This whole thing is an experiment on children. We are ignoring the voices of disasters and people who have come out of this and recognize their sex. And the NIH is allowing unethical research to be conducted on adolescents, in my opinion.

“Laidlaw and his colleagues used FOIA requests to obtain more information about Olson-Kennedy’s study at Children’s Hospital Los Angeles and found that in 2017 they lowered the minimum age for cross-sex hormones from 13 to 8. 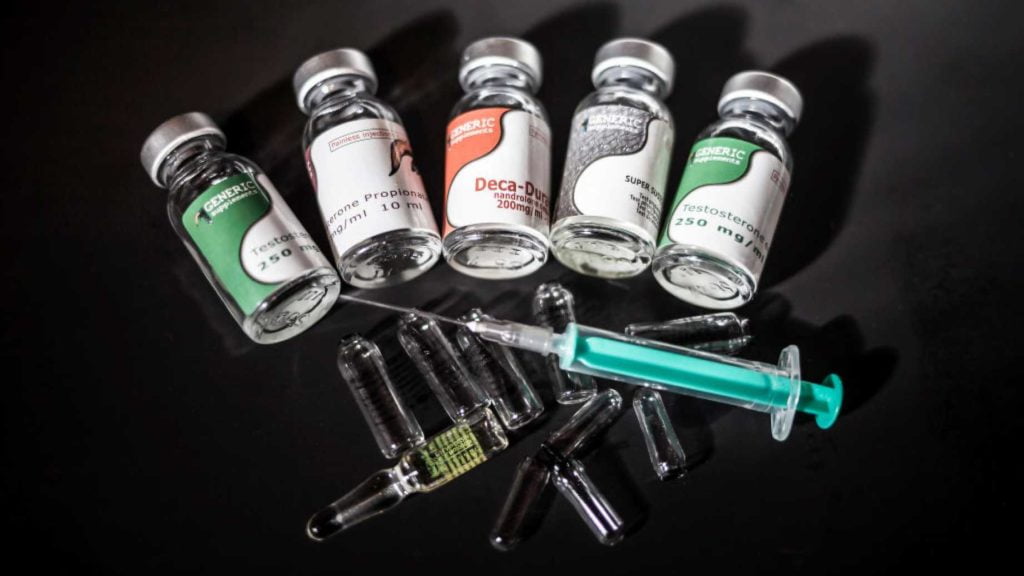 “They are in 3rd or 4th grade. This is unbelievable. But this is going on.

“Marian Rutigliano, an internal medicine specialist from Baltimore, explained in her remarks how those who have dared to resist these untested gender treatments have been systematically smeared, bullied and silenced by trans-activists and noted how entrenched transgender ideology has become in the upper echelons of professional medical associations.

Respected figures in the medical and psychological fields, such as J. Michael Bailey, Kenneth Zucker, and James Caspian have borne the brunt of the transgender activists’ wrath, the Baltimore doctor explained.

In recent years, these men have had their reputations ruined, their families harassed and doxxed, their research and scholarship misrepresented, and their clinics shut down, among other things, she said.

The nation’s largest LGBT rights group, the Human Rights Campaign, had a leading role in co-authoring the American Academy of Pediatrics 2016 professional guidelines on care for transgender-identifying children, she noted, and the lead author of those guidelines was a 25-year-old trans-identified female and is not a doctor.

Out of the 12 authors, only five were physicians.

Of the 66,000 pediatrician members of the AAP, “the input was really from less than 30 people,” Rutigliano said, adding that one of the contributors of the guidelines included a physician who was the director of a transgender health clinic at which 100 percent of the kids who came in were considered “appropriate for transition.

“In response to a question from The Christian Post on how the NIH could have approved a study on chemical puberty blockers and why it was allowed that the age of administering cross-sex hormones be lowered from 13 to 8, Laidlaw said he did not know how the oversight processes work or how it got past any relevant committees.

“We’ve done Freedom of Information requests to get something as simple as consent forms and were not able to get them, so there’s some sort of potential cover-up going on,” he said, noting that members of Congress are looking to potentially investigate this.

Rutigliano added that a problem complicating the matter is that a sort of “consensus” exists that these medical treatments are fine, which then influences reviews that institutional review boards conduct on the worthiness of a research study.

“Its kind of like the jury has already decided,” she said.

Laidlaw added: “There are laws governing this; … laws have been broken.

“A mother of a trans-identifying child, “Elaine,” also spoke Thursday, imploring people to speak out against the transgender medicalization and “gender-affirmative” therapies.

“The ‘experts’ tell parents that it is harmful to question their children’s beliefs, that they must support their children’s medical transition, which includes a lifetime dependence on hormones, and that if parents do not comply, their children will be at higher risk of suicide,” she said.

“These parents are being lied to as their children are harmed and their families are torn apart.

“Children who are confused about their bodies, “need proper therapy and guidance, not drugs and surgeries. And the medical practices that are abusing them need to be shut down,” she said.