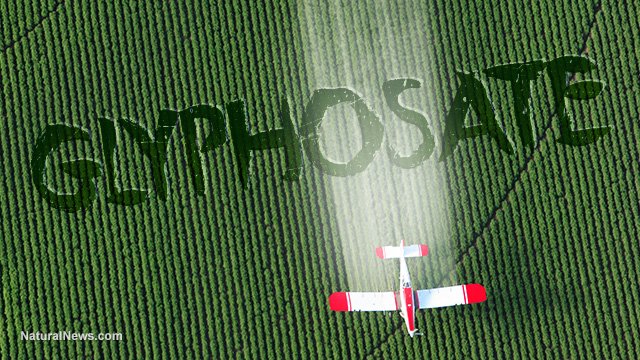 Today, glyphosate, also known under Monsanto’s brand name Roundup, is the most widely used herbicide on the planet. Used in yards, farms, and playgrounds throughout the world, Roundup has been a top-selling weed killer for many years.

A great deal has been said about the impact glyphosate has on our health and the environment. The World Health Organization(WHO) has recently deemed glyphosate as a probable carcinogen and researchers around the world are increasingly coming to the conclusion that glyphosate and glyphosate-based products have no safe place or use in this world.

Not so long ago, Dr. Stephanie Senneff of the Massachusetts Institute of Technology (MIT) predicted that by 2025 half of American children will be born with Autism Spectrum Disorders (ASDs). ASDs refer not only to autism but also to a variety of brain development disorders such as Asperger’s syndrome. Today, the Centers for Disease Control and Prevention (CDC) estimates that about 1 in 68 children has some form of ASD, which seems to affect boys 4.5 times more than girls.

While the toxins in vaccines forced upon innocent infants are a big contributor to the rising number of neurodevelopmental disorders such as autism, vaccines are not the only culprit. According to Dr. Senneff and her partner Dr. Anthony Samsel, it is the synergic effect of glyphosate from foods combined with the toxic ingredients of vaccines that is accelerating the rise of autism spectrum disorders among our kids.

The link between glyphosate and autism can no longer be ignored

Previous research studies have shown that the rising prevalence of autism in the United States is highly correlated with the increased usage of glyphosate-based weed killers. A recently published case report has confirmed these results. It provided clear evidence of the link between the use of glyphosate and the dramatic rise of ASDs that are affecting the development of our children’s brains.

For the report, William Shaw, Ph.D., and founder of The Great Plains Laboratory, Inc. in Lenexa, analyzed the urine samples of a set of triplets – two autistic boys and a girl with seizure issues and learning disorders – and their parents for glyphosate levels. At the start of the experiment, the researchers found very high amounts of glyphosate in the samples of each of the triplets coming from their non-organic diet high in GMO corn, soy, and other non-organic grains.

When the triplets were tested again for glyphosate levels after a period of eat a strictly organic diet, the glyphosate levels dropped significantly. At the same time, their autistic conditions also diminished after eating nothing but glyphosate-free, organic foods for about six months.

Not only GMO-food found to have high levels of glyphosate

While eating non-GMO food does not ensure the absence of glyphosate in your diet, it is your best chance to avoid this brain and health damaging toxin as much as possible. Significant levels of glyphosate, or traces of the weed killer, have been found on non-GMO wheat, oats, and other processed products.

Unless your food is a 100 percent certified organic, chances are your meals are drenched in glyphosate. Only recently Natural News reported on a study that found many of our store-bought products to be contaminated with high levels of glyphosate. Some of these commonly consumed processed foods contained up to 1,000 times more glyphosate than the amount that may cause serious health effects.