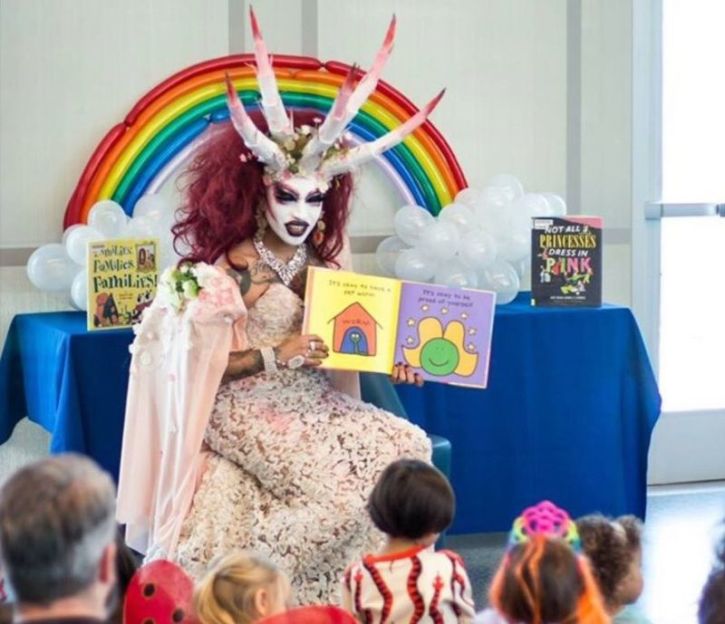 People, we are losing this battle, and maybe from a Biblical point of view these things cannot be stopped. But what can be stopped is you and I being a part of it. After you watch these videos, you will see how pervasive Satanism in America truly is, and shockingly, you will see how perhaps you have been a part of it because it is just so deeply ingrained in our culture by this point.

NTEB – These videos will show you that America is firmly in the grip of the occult and satanism to a degree that you never thought possible. And it gets worse every day.

In 1988, I left my parent’s home in New Jersey and headed west to California. In A very short period of time Ifound work as an actor, became a stand-in and double for then-stars like Richard Gere and Matt Dillon, acting in dozens of commercials and enjoyed small roles on many of the popular shows of the day. I was a card-carrying member of SAG and AFTRA for 18 years. From what I personally saw during the 6 years I was actively involved, before the Lord called me out of it in 1994, it was not an overly wholesome place. Many crazy things were done behind closed doors. But in 2019, not only are those things now done openly, you can also see that Hollywood, the music industry, and even formerly family friendly companies like Disney are working to normalize the occult in general and satanism in particular.

Never before has the influence of mass culture and the media been so predominant or so powerful. 24 hours per day, we are bombarded by ads, videos, sound bytes, music, billboards, with our every move being tracked on our mobile phones. People are shocked to find that after they had a conversation in the living room with a friend about buying a new Chevy, the next time they use their computer or mobile device, there’s an ad for the exact car they were just discussing. How can this be? Simple, your phones are listening to you, even when turned off, and ads are sent to you based on what you were talking about. It happens to me multiple times per week.

This article is not going to contain a lot of words, because words will not be nearly as effective as the videos you are about to see. And after you watch them, if you can watch them all the way through, you will no longer be under the illusion of America being a “godly nation” or about Americans being “one people under God” because we are not under God. These videos will show you that America is firmly in the grip of the occult and satanism to a degree that you never thought possible. And it gets worse every day.

Nearly every Hollywood and music superstar now claims association with the Illuminati, Freemasonry, OTO or the Church of Satan. They flash occult signs and symbols in all their music videos, and we the same in nearly all films and movies. But it is useless for me to spend overly many words telling you when I can show you.

“Wherein in time past ye walked according to the course of this world, according to the prince of the power of the air, the spirit that now worketh in the children of disobedience:” Ephesians 2:2 (KJV)

GRAPHIC WARNING: The images you will see in these videos are beyond disturbing, and the language at times equally so. Please pray before watching any of them. I would say to not let your children watch them, but guess what? They have probably been seeing them for years as well as buying their occult-themed music.Jay-Z just became a billionaire because millions and millions of people buy his music. People like your kids, people like you maybe, too.

“And the great dragon was cast out, that old serpent, called the Devil, and Satan, which deceiveth the whole world: he was cast out into the earth, and his angels were cast out with him.” Revelation 12:9 (KJV)

People, we are losing this battle, and maybe from a biblical point of view these things cannot be stopped. But what can be stopped is you and I being a part of it. After you watch these videos, you will see how pervasive satanism in America truly is, and shockingly, you will see how perhaps you have been a part of it because it is just so deeply ingrained in our culture by this point.

Satan’s Grip Over America And The Entertainment Industry

This first video is an excellent overview proving beyond the shadow of any doubt that the music and entertainment industry is controlled by Satan. So you think you listen to “clean” rock music, do you? You like your favorite “christian” heavy metal band, yes? No such thing as you will see here.

The True Price Of Becoming Famous

Everywhere you look in movies and on television, we see the same themes of the occult and satanism being played out over and over again. If you think that people are famous because of their talent, you won’t after you watch this.

Hollywood hates God and the Bible, and you will see here in this video. Watch how easily they can mock Him, mock Jesus Christ and mock Christianity. Only devils could produce a ‘comedy’ skit like this one.

Hide Your Kids From These Social Media Influencers

These are the popular YouTube influencers our youth is watching – James Charles & Bretman Rock. Hide your kids from the internet…

The Illuminati Triangle Is The Most Popular Icon Today, Why?

Why does nearly every famous person, at some point, take photos of themselves or engage in photoshoots where they cover one eye? In this video you will learn about the ancient Babylonian mystery religions where formed the basis of the Illuminati.

This is a 5-part series on the satanism in Hollywood, and it show real celebrities doing what they do, and it is very hard to watch.

VICE’s Charlet Duboc travels to Little Rock Arkansas to meet with Lucien Greaves and the members of the Satanic Temple to find out why they’re trying to install a statue of Baphomet in protest of religious freedom on the Capitol’s lawn.

If you have watched some of all of these videos, then by now you know the true state of America, our culture, and who it is that is running it. God has given me this amazing platform of NTEB, this ‘pulpit’ if you will, that allows me to reach deeply into the whole world. I am using it to warn you in the hopes you will startdisconnecting from Hollywood, from the music industry, even from organized sports. These things are being used to program us, to control us, to accept as normal things that are perversely abnormal.

What do you think Pride Month is, anyway? It is a celebration of the normalization of everything that hates God and hates the Bible. Why are transgenders being pushed so heavily now? The symbol of Baphomet in satanism has both male and female genitalia, it is transgender. Do you get it now, are you starting to see what I am talking about? It is everywhere you look, in everything you purchase, and in everything that comes over the airwaves or the wifi.

I will leave you with this last thought. Stop making excuses as to why you can’t witness for the Lord Jesus, turn off the television set, get some gospel tracts and get busy. Because as you can see in this article, things are getting ready to ‘wrap up’ soon, with you or without you. Make a stand or be forever on the sidelines, the choice is yours. You have free will, use it. But know this. While you’re sitting back praying “Lord, make me willing to be willing” and all the rest of that Laodicean junk, people are dying and going to Hell. 151,000 minimum per day every day. Tick, tock.

When this bright world would tempt me sore, When Satan would a victory score;
When self would seek to have its way, Then help me Lord with joy to say;
Only one life, ’twill soon be past, Only what’s done for Christ will last.