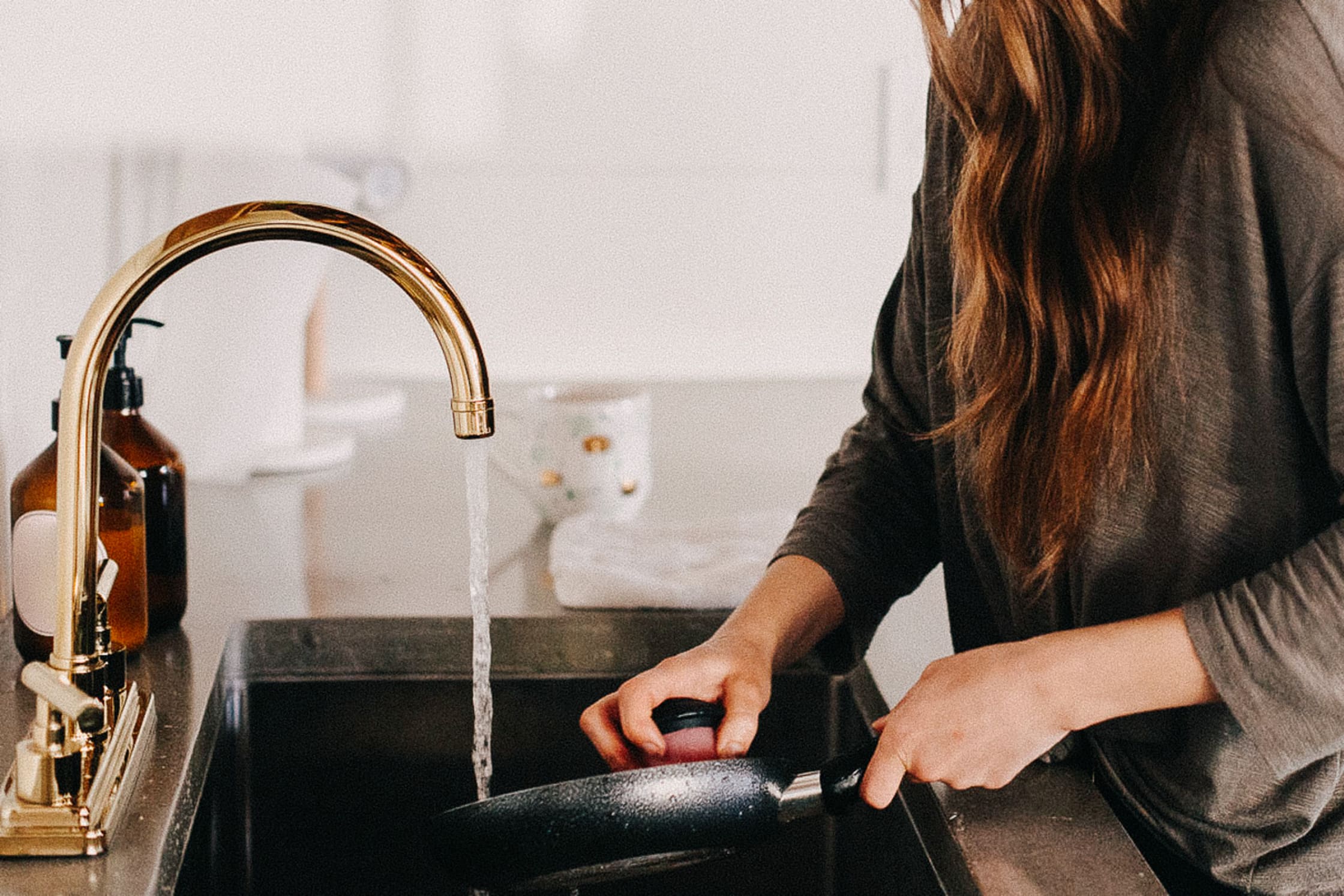 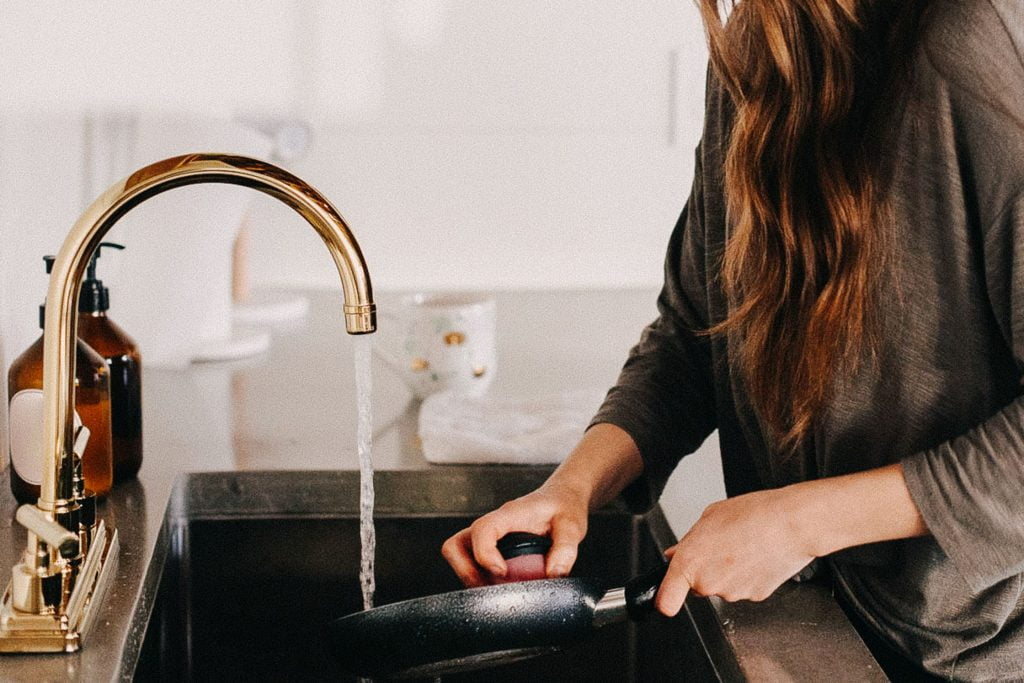 Research on the gut microbiome is burgeoning. And the more we discover about this 4-plus pounds of symbiotic bacteria, yeast, and viruses lining the gastrointestinal tract, the more we realize just how much damage we’ve been doing to it over the years.

As a naturopathic doctor with a special focus on gut health, I’ve seen firsthand how things like antibiotics and other medications, poor diet (too much sugar, not enough fiber), excessive stress, and chemicals in the food supply can damage the gut microbiome of my patients.

At this point, you may be well aware of these potential risks, but there’s still one thing many people consume on a daily basis without even realizing that it could damage their gut—dish detergent.

How dishwashing detergents may damage the gut.

Detergents are something that you consume every day, but nobody ever talks about what that might mean for your body. Studies have shown that traces of them are left over after washing and can enter your body with your next meal. I’ve been concerned about detergents and gut health for a long time. The primary reason is that most detergents contain harsh chemical surfactants. These surfactants work to break down heavy grease and oil, and anyone who has ever washed a greasy pan will know how powerful they are at breaking down this grime.

Your gastrointestinal tract is lined with mucus, to varying degrees. Your stomach, for example, has a thick layer of mucus, which is necessary to stop the hydrochloric acid from breaking down your stomach wall. Your intestines have a mucus layer that helps to protect the delicate, one-cell-thick lining from damage. If a dishwashing tablet can dissolve heavy grease and grime from your dishes with water pressure alone, there’s growing concern over what it may do to these delicate linings.

Beyond just surfactants, the other chemicals commonly found in conventional detergents aren’t doing your gut health any favors. Triclosan is one notable offender—it’s found in antibacterial detergents (and antibacterial dish and hand soaps) and has been shown to affect the microbiome through its potent antibacterial effects. Triclosan is also the chemical commonly used in hospitals that has led to the development of MRSA—multi-antibiotic resistant Staphylococcus aureus. Additionally, the synthetic fragrances in these detergents contain a swathe of chemicals, including phthalates, which have been shown to affect the microbiome of various animals, and some suspect they may potentially affect the human microbiome too.

Much worse than your run-of-the-mill dishwashing liquid or powder detergent are dishwashing tablets or packs, which contain incredibly caustic chemicals and agents to soften water and make your dishes shiny (in addition to detergent, they often contain a pretreat solution, degreaser, bleach, or rinse aid to boost cleaning).

You only have to open your dishwasher to know that there’s residue left on your dishes. I didn’t own a dishwasher until later in life, when I built my first kitchen, and I only ever used a natural dishwashing powder. But when I moved into the apartment I live in now, I was overwhelmed by the incredibly potent smell that came out of my dishwasher from the previous owners. It took me about 20 washes to fully remove the fragrance and the residue from the chemical products.

How to protect your gut while still getting dishes clean.

While we still don’t know how much of an impact dish detergent can truly have on gut health, there’s no reason not to switch out those chemical detergents for something safer. You want to look for a 100% plant- and mineral-based product with no synthetic fragrance (if you opt for a fragrance, it should come from essential oils). Natural dishwasher powders are just as effective as those with chemical ingredients, and there are several good brands out there. And less is more, so remember, even with the natural ones, don’t use too much and do an extra rinse cycle to minimize residues if you can.

You may also be better off hand-washing. One study found that children who ate off hand-washed dishes had a much lower incidence of allergies. Whether this was due to normal bacterial residues remaining on the hand-washed dishes (which may have helped bolster the children’s immune systems) or the fact that the children avoided ingesting the harsh detergent chemicals, we are not sure, but it clearly shows that the method you choose makes a difference. Even if you hand wash, though, you should still opt for a natural product free of harsh surfactants and other dangerous chemicals like triclosan and phthalates. For some options, check out the Environmental Working Group’s Guide to Healthy Cleaning, which ranks dishwashing detergents and dish soaps from A to F, based on the safety of their ingredients.

About The Author: Katherine Maslen, N.D.

Katherine Maslen, N.D., is a clinical naturopath, nutritionist, author, and podcast host living in Australia. Katherine is a regular voice in the media and is well known for her…