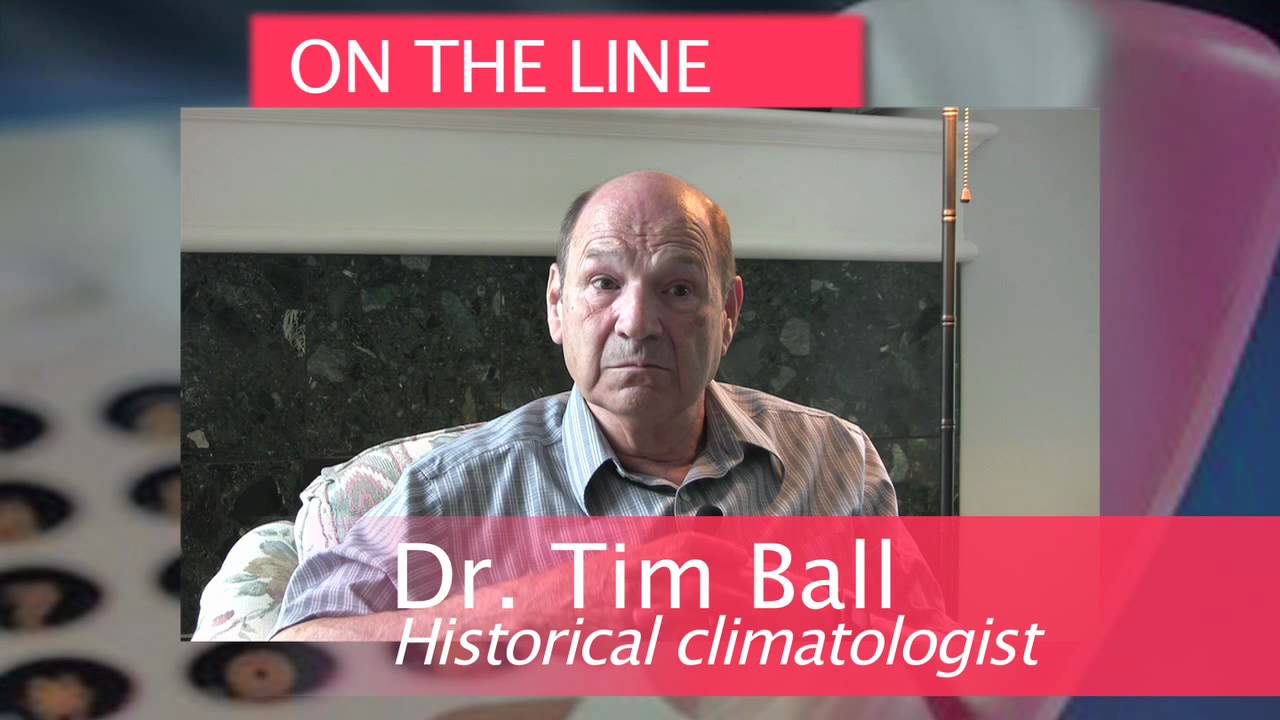 In the book Ball writes that the failed predictions of the Intergovernmental Panel on Climate Change (IPCC), coupled with failed alarmist stories such as the complete loss of Arctic sea ice by 2013, are making the public increasingly skeptical of government propaganda about global warming.

People were already skeptical because they knew weather forecasts, especially beyond forty-eight hours, were invariably wrong, and so today more people understand there is no substance to global warming claims and that it is based on corrupt science.

Now they are asking: Who perpetrated the deception and could a small group of people deceive the world?

In his book The Deliberate Corruption of Climate Science, Dr. Ball explains who did it and why.

Ball was among the earlier dissidents and as a result he became the target of media articles and false information promoted by a scurrilous website funded by a chairman of a large environmental foundation. He was a real threat because they couldn’t say he wasn’t qualified.

Dr. Ball has been the subject of three lawsuits from a lawyer operating in British Columbia. For the first one, he decided to avoid the expense of a challenge and so he withdrew what he had written.

Then, within nine days, he received two more from the same lawyer suing for defamation because of harsh criticism he made of a climate scientist. At that point, he and his family decided they had to fight back.

As Ball carries on his legal battle he maintains that climate deception continues and that the public is paying a high price for completely unnecessary energy and economic policies based on the pseudoscience of the IPCC. Not to mention the social devastation of communities devastated by job losses.

Dr. Balls say the rhetoric and stream of misinformation increases as the perpetrators, now including the Pope, build up to their last effective chance to influence an increasingly skeptical world. When the Global Warming theme failed, they tried Climate Change.

The Climate Change theme has failed, so now they are trying Climate Disruption as defined by Obama’s science Czar, John Holdren — all to justify expensive government programs.

The impetus for a global carbon tax and global governance represent the central theme of a climate conference scheduled for Paris in December 2015, the United Nations Climate Change Conference or COP21.

What follows are some questions that Dr. Ball kindly answered:

What scientific reason do you think CO2’s role is far less?

Water vapor is 95% of the total greenhouse gases by volume, while CO2 is approximately 4%. The human portion is only 3.4% of the total CO2. They try to claim CO2 is more effective, but it’s a false claim called “climate sensitivity”. The number the IPCC use for sensitivity has constantly declined and will reach zero.

What factor has been the most responsible for the warming over the past 25 years?

The same factor as it has always been, changes in the sun. The IPCC dismiss the sun because they only look at variation in radiative output, but that is only one of three ways the Sun affects global climate.

What do you think the global temperature will do over the next few decades?

Decline. The major short-term control of global temperature is variation in the strength of the Sun’s magnetic field.

What do you think of the claimed “97% consensus”?

It is completely false and was deliberately manufactured by John Cook at the University of Queensland. There are more detailed analyses of the corruption but this is the best layman’s account. www.forbes.com/sites/alexepstein/.

On a scale of 1 to 10, how honest have the major climate institutes been with the public?

-10. If they knew what was wrong it is deliberate and criminal. If they didn’t know they are grossly incompetent.

Other comments by Dr. Ball:

The biggest problem for the public is they can’t believe that an apparent majority of scientists seem to support the IPCC science. The simple answer is, very few are familiar with the science. They, like most of the public, assume other scientists would not distort, manipulate, or do anything other than proper science.

When scientists find out, they are shocked, as exemplified in German meteorologist Klaus-Eckert Puls’s comment:

“Ten years ago I simply parroted what the IPCC told us. One day I started checking the facts and data — first I started with a sense of doubt but then I became outraged when I discovered that much of what the IPCC and the media were telling us was sheer nonsense and was not even supported by any scientific facts and measurements. To this day I still feel shame that as a scientist I made presentations of their science without first checking it.”