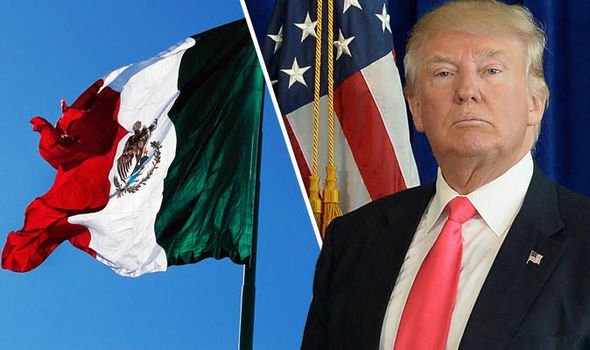 Mexican President Andrés Manuel López Obrador, a patriotic socialist, in his first year of government rejected a war against the powerful narcotic cartels. However, he now faces a dilemma in the face of Washington’s intentions to label the cartels as “terrorist” organizations. Obrador instead of taking the fight to the cartels, had chosen to focus his efforts on implementing his strategy, based on persuasion rather than confrontation, despite the high political cost.

On November 26, U.S. President Donald Trump announced that he intends to designate international drug cartels as terrorist organizations. This is highly problematic as the decision could give Trump, at least within the U.S. political structure, the legal tools to fight the narcotic cartels within Mexican territory without the Latin American country’s permission. Obrador must now consider the cost of his relations with the U.S., a policy that has been based on mutual respect, despite some differences and México’s increasing relations with China and Russia.

The Mexican president said that he is open to seek concerted action, but stressed that he accepts “cooperation yes, intervention no.” For his part, Foreign Minister Marcelo Ebrard proposed a “national unity diplomacy to defend sovereignty.”

Trump’s announcement was forced by a request from the Mexican-American family LeBarón, the victims of the dreadful slaughter of nine of its family members, three women and six children, on November 4 by a narcotic cartel. The incident occurred after an ambush in a remote mountainous region of the Mexican state of Sonora on the U.S. border where the family had been living for several decades. The leaders of the Mormon fundamentalist family demanded Washington to fight against the narcotic cartels with the same mechanisms used to “justify” the illegal invasions and interventions in Iraq, Syria and Afghanistan, as these groups kill thousands every year through murder, assassinations and drug deaths.

But the murder of the LeBarón family members is just one of the multiple cases of killings in México during the first year of Obrador’s government, who is attempting to resolve the issue with the cartels through peaceful means. According to official figures, Obrador inherited a country where more than 32,000 were killed or missing.

The cost of this security strategy has been to generate a citizen perception of radicalization of violence that puts it at stake. The actions of the government to strengthen the justice system, create a National Guard integrated with the military, social measures to prevent drug use and deter young people from joining criminal gangs should produce results, but will Trump wait?

Trump has added to this internal pressure as he has essentially asked Obrador to let the U.S clear the area of criminal cartels. However, one should question why he does not focus on drug trafficking within his own country, like that structured and organized by the CIA? The president of the Mexican Senate and member of the movement that brought López Obrador to power, Mónica Fernández, said Trump needs to respect Mexican sovereignty.

“We are not going to participate or tolerate any kind of interference,” she warned.

Foreign Minister Ebrard argued that qualifying the cartels as terrorist groups “lacks sustenance” and would not contribute to solving the violence. However, lobbying with the White House resulted in a “high-level meeting soon.”

The LeBarón family published a letter thanking Trump for his intention to fight drug trafficking and rejected accusations for calling for a “foreign intervention,” something that has brought the wrath of the majority of Mexicans, who accused them of being traitors.

As explained by Japan Times, any hint of U.S. intervention, military or otherwise, is an instant insult to national pride in México, which still resents losing more than half of its territory to the United States in 1848 after the Mexican-American War — just one on a long list of grievances.

The question then is, why has Trump decided to label the Mexican cartels as a terrorist organization instead of criminal/mafia organization?

Obrador, who completes his first year as president on December 1, has been a leading patriotic socialist figure in Latin America, vehemently defending Venezuela, Cuba, Nicaragua, while opposing the coup in Bolivia. He can be considered a leading figure in the return of the Pink Tide to Latin America that was briefly interrupted by the Blue Tide/Conservative Wave.

Therefore, with outrage in the U.S. against the shocking slaughter of LeBarón family members, Trump has created a justification within the public’s eyes to intervene freely in México under the guise of fighting terrorists. As seen in Syria and Afghanistan, anytime the U.S. “fights against” terrorists, it just exacerbates the violence and instability. As Obrador is a threat to U.S. hegemony in Latin America and is strengthening his country’s ties with Russia and China, he is at great risk of being deposed, just as Evo Morales was recently in Bolivia.

It remains to be seen how the international community will respond to any U.S. intervention in México, but it can be expected that it will receive widespread condemnation, especially from Russia and China who consistently maintain a policy of non-interference, unless with permission from the sovereign government, just as Russia’s intervention in Syria demonstrates. Rather, the cartels designation as a terrorist organization is a means for the U.S. to pressure Obrador against his efforts of bringing sovereignty and independent decision making across Latin America. We can only wait and see how far Trump will escalate the situation in México.