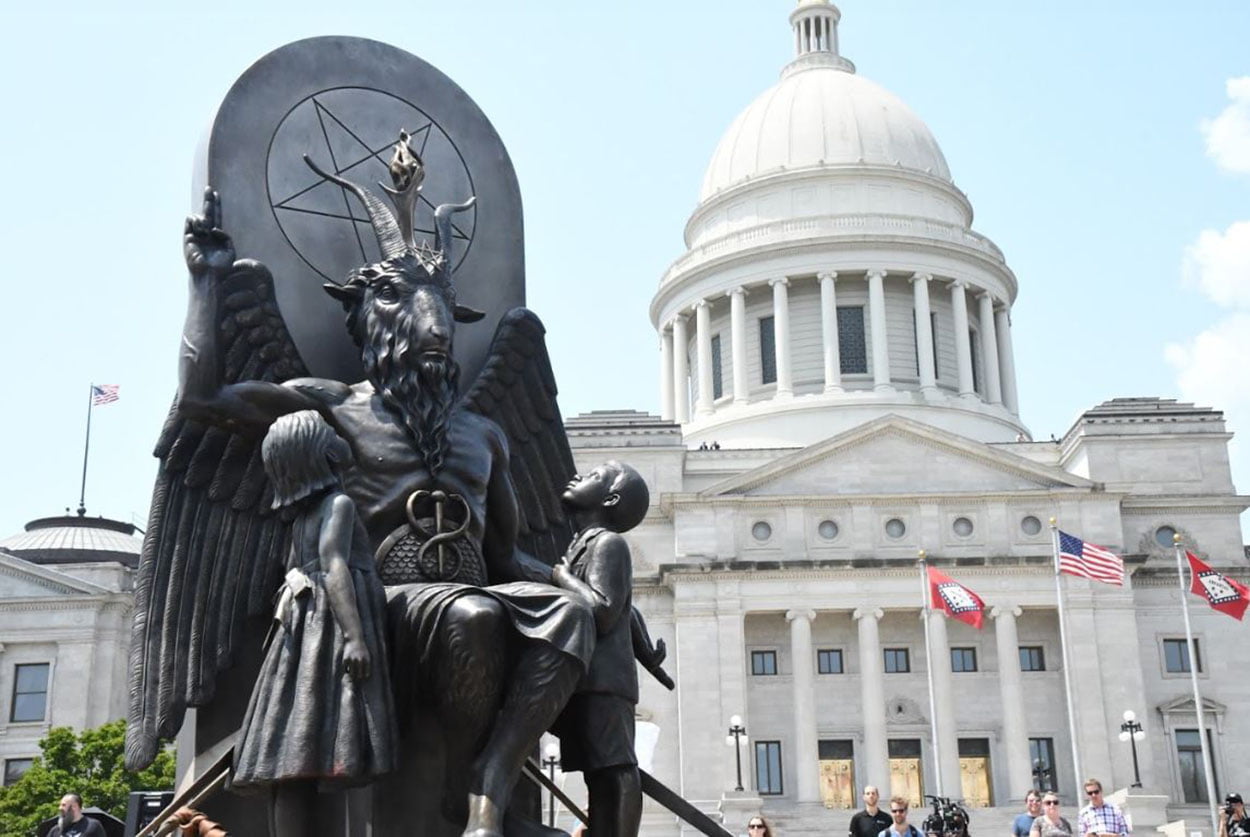 “There is no crime America will not commit in order to maintain its political, economic, cultural, and military domination of those parts of the world where it predominates.”

“Congratulations to all involved in eliminating Qassem Soleimani.  Long in the making, this was a decisive blow against Iran’s malign Quds Force activities worldwide.  Hope this is the first step to regime change in Tehran.”[1]

Bolton is not in the White House, but he is certainly smiling because he is witnessing that Trump is actually fulfilling Israel’s aspiration. The interesting thing is that back in 2011, Trump was all over the media attacking Obama and saying that Obama wanted to wage a useless war with Iran. Trump said then:

Back in 2012, Trump again declared: “Don’t let Obama play the Iran card in order to start a war in order to get elected – be careful Republicans!”[3] In 2013, Trump could not shut his mouth at all: “I predict that President Obama will at some point attack Iran in order to save face!”[4]

Obama had no intention of attacking Iran. In fact, he always clashed with the Israeli regime, the very entity which continues to send precious American soldiers to die in the Middle East. Obama was the first president in history to openly call Israeli Prime Minister Benjamin Netanyahu “a chickenshit.”[5]

So now Trump is doing the very thing that he thought Obama was planning to do. So why did the Zionist States of America assassinate Qassem Soleimani? Well, they were trying to save “hundreds of American lives”[6]! Trump declared:

“General Qassem Soleimani has killed or badly wounded thousands of Americans over an extended period of time, and was plotting to kill many more…but got caught! He was directly and indirectly responsible for the death of millions of people, including the recent large number of PROTESTERS killed in Iran itself.”[7]

Can someone give Trump a copy of Harry G. Frankfurt’s On Bullshit? “One of the most salient features of our culture is that there is so much bullshit,” Frankfurt writes. “Everyone knows it.”[8]

Trump knows that he is a puppet of the Israeli regime and that he is trying to please his masters. He knows that no serious American would support another war in the Middle East. He knows that the war in Iraq will cost America at least six trillion dollars. But he has to obey the satanic powers in Israel. He has to provoke Iran in order for the United States to find an excuse for another war. In fact, as soon as the general was assassinated, Benjamin Netanyahu quickly moved to the political podium and declared that Trump has done a good job, for he has acted “swiftly, forcefully and decisively.” 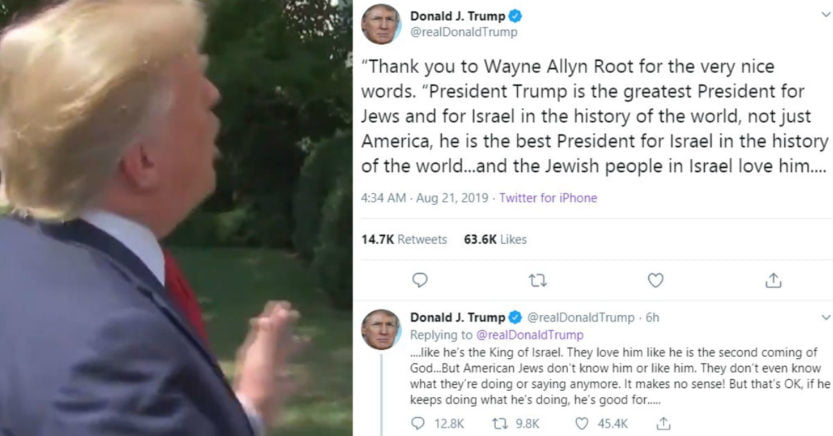 But both Israel and the United States may regret such a move because Russia, China, and France aren’t happy. Moreover, Trump’s diabolical activity provokes a massive reaction around the world, and it seems that Israeli officials and their puppets in the United States were not ready for that reaction.

Keep in mind that Iranian leaders have always sympathized with Americans, despite the fact that the Anglo-American establishment overthrew an Iranian democratically elected president by the name of Mohammad Mosaddegh in 1953.[9]

For example, right after the 9/11 attack, it was Iranian leaders themselves who offered to join forces with the US military in order to combat terrorism. The US, however, rejected the generous offer.[10]

Moreover, Iran, unlike America, has never been in the business of invading countries and destroying the moral and political fabric of those countries. We already know how catastrophic the war in Iraq was.[11]

So when Khamenei declares that America is “evil and wicked,” he is referring to the manifestation of a diabolical ideology that has come to wrap around arguably the entire planet.[12] He is in no way referring to the American people. Khamenei even today made it very clear that “death to America” has nothing to do with the average American but has everything to do with the Zionist ideology, which seeks to juice the entire planet. This policy was fleshed out in 1979,[13] and it is still relevant today. The Ayatollah Khomeini posited then:

“There is no crime America will not commit in order to maintain its political, economic, cultural, and military domination of those parts of the world where it predominates. It exploits the oppressed people of the world by means of the large-scale propaganda campaigns that are coordinated for it by international Zionism.

“By means of its hidden and treacherous agents, it sucks the blood of the defenseless people as if it alone, together with its satellites, had the right to live in this world. Iran has tried to sever all its relations with this Great Satan and it is for this reason that it now finds wars imposed upon it.”

“International Zionism” is an appropriate description of what was going on then. As I have already suggested, the United States and England had already overthrown a democratically elected president in Iran in 1953, and both countries were expanding aggressively in the Middle East to keep a diabolical empire alive and well.

“At the very moment he invoked Islamic unity, Khomeini was forced to concede that Islam was breaking up into two warring factions. The grand climactic battle of the anti-Communist crusade disguised this split for decades, but now, as intra-Islamic wars raged in Yemen and Iraq, Khomeini showed himself more of a prophet than a politician who could bring about Islamic unity. Either way, the Great Satan was exacerbating division as a means of achieving geo-political goals.”[14]

Khomeini obviously lit up a prophetic fire which again is still relevant today. “International Zionism” is still sucking the blood of virtually every nation on earth through covert activities, espionage, and deceptive means.[15] And by metaphysically rejecting the moral and political order and embracing chaos and destruction, international Zionism has essentially become Satanism.

This principle was articulated by St. Athanasius, who posited that any metaphysical idea which ontologically denies Logos and its central place in the universe will end up being Satanic. In a Satanic universe, what is true is actually a lie and what is a lie is by definition true. The Israeli regime and their puppets in the United States represent Satanism. Trump is one of their preachers. In short, an “active allegiance to Satan” is the political ideology of the United States, Saudi Arabia, and indeed Israel, specifically when it comes to dealing with important issues in the Middle East.

Khamenei added that as long as US foreign policy remains “evil and wicked,”[16] then Iran and its leaders will continue to chant death to those who are perpetuating ethnic cleaning virtually everywhere in the Middle East. The representatives of evil in the Middle East, says Khamenei, are none other than Donald Trump, John Bolton, and Pompeo.[17] Khamenei continued to say: “The US is the embodiment of evil, but still complains when you chant ‘Death to America.”[18]

The US is the embodiment of evil because politicians have embraced an essentially Talmudic principle which basically says that perpetual wars and ethnic cleansing in the Middle East and elsewhere are good for America, despite evidence to the contrary.

The United States Of Israel

Jonas E. Alexis
Jonas E. Alexis has degrees in mathematics and philosophy. He studied education at the graduate level. His main interests include U.S. foreign policy, history of Israel/Palestine conflict, and the history of ideas. He is the author of the new book Zionism vs. the West: How Talmudic Ideology is Undermining Western Culture. He teaches mathematics in South Korea.