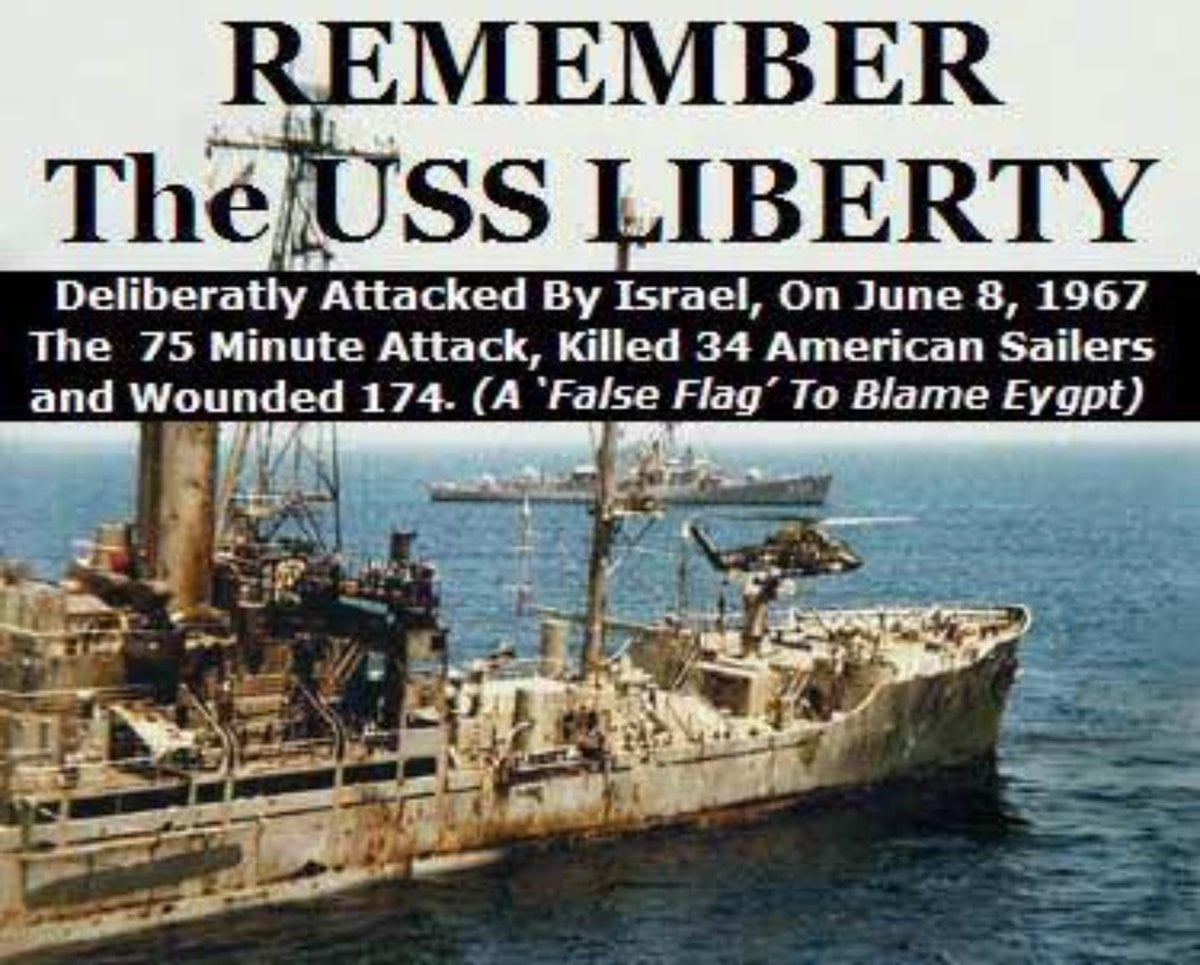 The USS Liberty incident was an attack on a United States Navy technical research ship with an American flag, USS Liberty, by Israeli Air Force jet fighter aircraft and Israeli Navy motor torpedo boats, on 8 June 1967, during the Six-Day War. The combined air and sea attack killed 34 crew members (naval officers, seamen, two marines, and one civilian), wounded 171 crew members, and severely damaged the ship. At the time, the ship was in international waters north of the Sinai Peninsula, about 25.5 nmi (29.3 mi; 47.2 km) northwest from the Egyptian city of Arish. The intent was to sink the ship and blame the attack on Egypt.