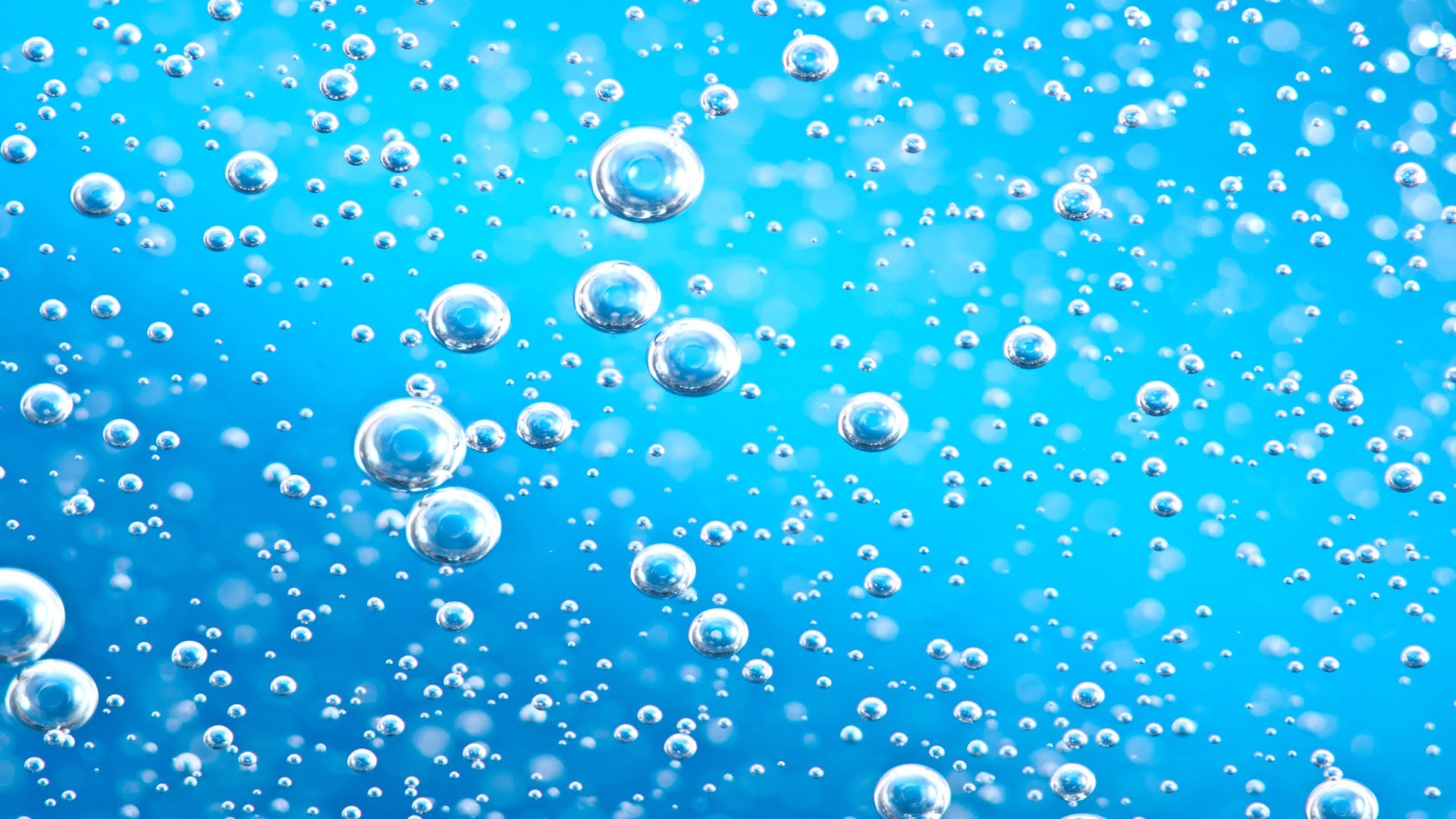 It has long been recognized that solid tumors contain poorly vascularized regions characterized by severe hypoxia (oxygen deprivation), acidosis and nutrient starvation.[1] Over the past decade, work from many laboratories has indicated that hypoxic micro-environments contribute to cancer progression by activating adaptive transcriptional programs that promote cell survival, motility and tumor angiogenesis.[2]

Oxygen pulls the rug out from under cancer cells and tumors by removing the basic condition that makes them virulent. Bicarbonates do the same thing so using oxygen and bicarbonate together is lethal to cancer cells. (Low Oxygen Causes Infections, which Cause Cancer & The Key Cause of Cancer is Oxygen Deficiency)

Any element that threatens the oxygen carrying capacity
of the human body will promote cancer growth.

Northeastern University researchers have found that inhaling supplemental oxygen—40 to 60% oxygen as opposed to the 21% oxygen in air—can weaken immunosuppression and awaken anti-tumor cells. The new approach, some 30 years in the making, could dramatically increase the survival rate of patients with cancer, which kills some 8 million people each year. The break through findings were published in Science Translational Medicine.

Dr. Michail Sitkovsky, an immune physiology researcher at Northeastern found that supplemental oxygenation inhibits the hypoxia-driven accumulation of adenosine in the tumor micro-environment and weakens immunosuppression. This, in turn, could improve cancer immunotherapy and shrink tumors by unleashing anti-tumor T lymphocytes and natural killer cells.

Accumulated acid residues at the
cellular level drown out Oxygen.

“Breathing supplemental oxygen opens up the gates of the tumor fortress and wakes up ‘sleepy’ anti-tumor cells, enabling these soldiers to enter the fortress and destroy it,” explained Sitkovsky, the Eleanor W. Black Chair and Professor of Immunophysiology and Pharmaceutical Biotech­nology in the Bouvé College of Health Sciences’ Department of Pharmacetical Sciences.

Sitkovsky and colleagues looked at one particular property of tumors. They can live without much oxygen, in what are known as hypoxic environments. “Since the root of all problems is the lack of oxygen in tumors, a simple solution is to give tumors more oxygen,” Sitkovsky told NBC News.

Cancer Cells are Easier to Kill
when Oxygen Levels are Increased.

Sitkovsky found that a receptor on the surface of immune cells—theA2A adenosine receptor—is responsible for preventing T cells from invading tumors and for “putting to sleep” those killer cells that do manage to enter into the tumors. His latest work shows that supplemental oxygen weakened tumor-protecting signaling through the A2A adenosine receptor and wakes up the T cells that were able to invade lung tumors.

The paper—titled “Immunological mechanisms of the anti­tumor effects of supplemental oxygenation”—was the result of a robust interdisciplinary collaboration between doctors and researchers at some of the country’s most prestigious universities, hospitals and medical schools.

“This is exciting work,” said Dr. Susanna Greer, director of clinical research and immunology for the American Cancer Society. “This is the kind of data that definitely makes you catch your breath a little bit.” It could be a simple approach to making cancer therapies work better, especially immunotherapy, said Greer.

“I was looking to solve the problem of existence of tumors and anti-tumor killer cells in the same patient,” said Michail Sitkovsky who led the study. Sitkovsky is not the first researcher to discover oxygen’s anti-tumor properties. Others have seen that oxygen weakens cancer cells making them more vulnerable to other treatments. Other researchers at UT Southwestern reported that increased oxygen coincides with a greater delay in tumor growth in an irradiated animal model.

Numerous studies have shown that tumor hypoxia, in which portions of the tumor have significantly low oxygen concentrations, is linked with more aggressive tumor behavior and poorer prognosis.[3] Increased hypoxia translates into greater resistance to treatment as well as increased tendency to metastasize. Every cancer patient should be working as hard as possible to increase oxygen levels, which needs to be done in several ways simultaneously.

Massacring Cancer with Oxygen and Bicarbonates

Oxygen has a Toxic Effect on Cancer Cells

Tumors often express unusual antigens and are surrounded by immune cells. Unfortunately, this immune surveillance is imperfect and does not always prevent the tumors from growing. In addition, tumors are often hypoxic, because their rapid growth outstrips that of their blood and oxygen supply.

Now, Hatfield et al. have linked these two phenomena by demonstrating that T cells avoid going into the hypoxic areas of tumors. The authors have also shown a way to overcome this problem in mice with lung tumors by having the animals breathe supplementary oxygen. Having a higher concentration of oxygen throughout the body improved the oxygenation inside the tumors, allowing immune cells to enter the tumors and attack them, extending the animals’ survival.

Anti-tumor T cells either avoid or are inhibited in hypoxic and extracellular adenosine-rich tumor microenvironments (TMEs).[4] This may limit further advances in cancer immunotherapy so we need to cut right through the hypoxia with a dual sided sword. One one side we send in vast armies of oxygen and then we do an end around and stab the cancer cells in the back with carbon dioxide, in the form of sodium bicarbonate. Bicarbonates, will increase oxygen by reducing acidity.

Tumors rapidly ferment glucose to lactic acid even in the presence of oxygen, and coupling high glycolysis with poor perfusion leads to extracellular acidification. Tumour acidity is known to contribute to prostate carcinogenesis by altering the state of macrophage activation.

“Studies conducted at the University of Bari in Italy clearly demonstrated that a hallmark of all tumors, regardless of their origin or background, is their acidic environment. In fact, tumor progression increased with an acidic pH and hypoxia, or a low oxygen level,” writes Dr. Veronique Desaulniers. The perturbation in pH dynamics rises very early in carcinogenesis and is one of the most common patho-physiological hallmarks of tumors.”

A Ludwig Cancer Research study uncovered the mechanism by which cells enter a state of dormancy as tissues starved of oxygen become increasingly acidic. Large swaths of solid tumors are often deprived of oxygen; cells in such patches are thought to be a major source of drug resistance and disease relapses. The more acid the more hypoxic the harder the cancer cells resist therapy unless of course their     acid-mediated state is targeted, which is easily done with bicarbonates (sodium bicarbonate, potassium bicarbonate and magnesium bicarbonate.)

Published in the journal Cell, the Ludwig study details how in response to acidity cells turn off a critical molecular switch known as mTORC1 that, in ordinary conditions, gauges the availability of nutrients before giving cells the green light to grow and divide. That shuts down the cell’s production of proteins, disrupting their metabolic activity and circadian clocks, pushing them into a quiescent state. “But if you add baking soda to the drinking water given to those mice, the entire tumor lights up with mTOR activity. The prediction would be that by reawakening these cells, you could make the tumor far more sensitive to therapy.”

When bicarbonate is given to mice in their drinking water, it neutralizes the acidity of hypoxic patches in tumors. This sends lysosomes zipping back to the nuclear periphery in cells — where RHEB was waiting — and restored the activity of mTOR. “Cells don’t want to make proteins or other biomolecules when they’re under stress,” says Dr. Chi Van Dang, scientific director of the Ludwig Institute for Cancer. “They want to slow things down and only awaken when things return to normal.”

Injecting oxygen into cancerous tumors significantly boosts the chances of recovery. The question is how to best do this. In the following chapters we introduce EWOT (Exercise with Oxygen Therapy) and contrast training with is EWOT on steroids. In earlier chapters we have covered bicarbonate therapies extensively and how this simple, safe and inexpensive medicine gives us so much control over carbon dioxide physiology.