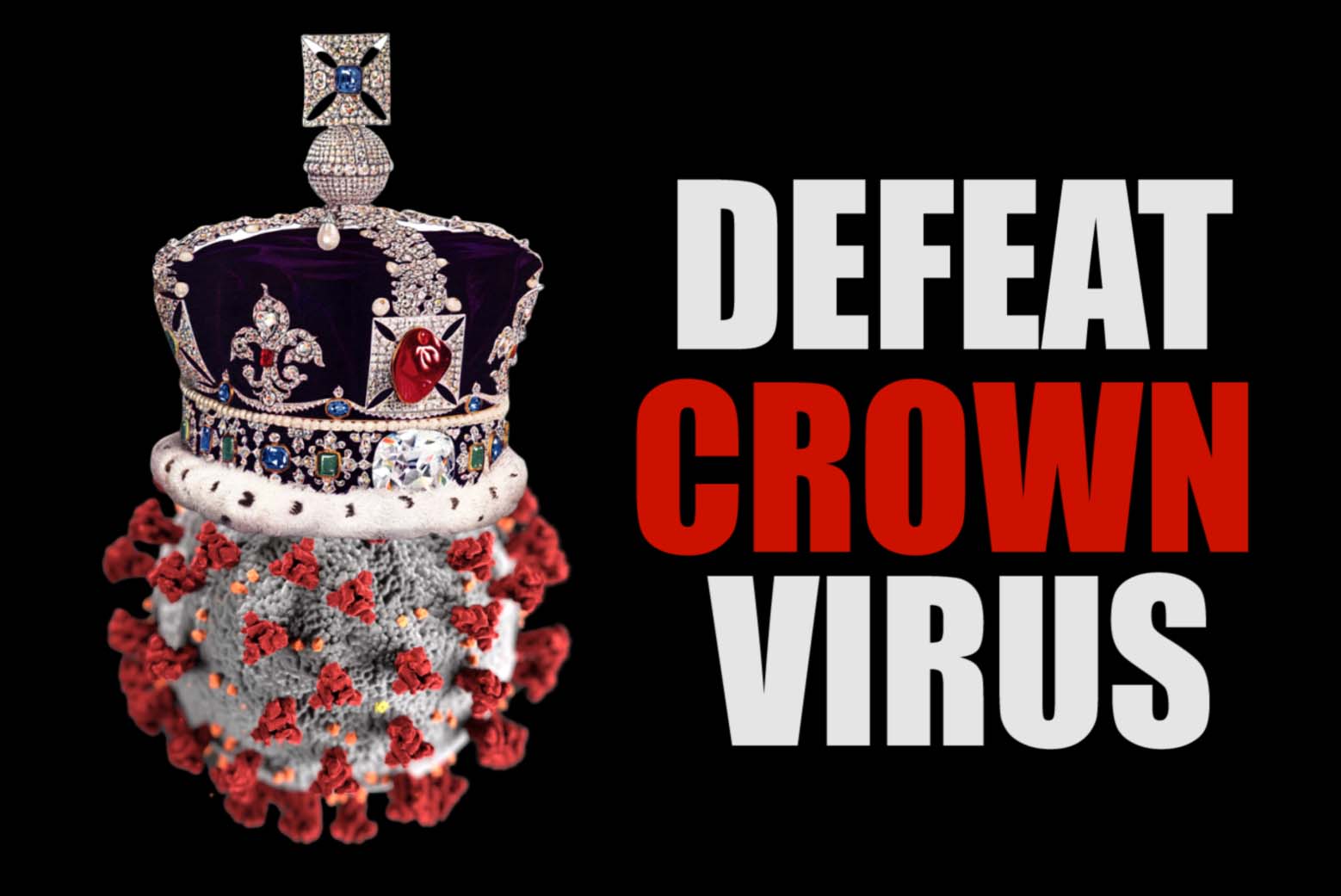 Their worldwide QinetiQ, SERCO and DARPA communications centers & funding must be taken out

To these satanists, viruses are their silent armies marching through our blood streams to destroy humanity in order to make more room for them

Are they worried about catching the virus? No, they have a patent and already have the antidote

(MAR. 16, 2020)—This is one of the most important posts we have ever released. In the last 48 hours—just as the Coronavirus lock down was occurring in the US—researchers uncovered the likely culprits behind the Coronavirus bioweapon.

Despite the obvious U.S. Patent. No. 10,130,701 held by The Pirbright Institute (UK) operated by The Wellcome Trust, no one in the mainstream media is talking about this glaring fact. Even the alt-media is mute. We believe because the culprits are using every propaganda trick in their playbook to prevent a light being shined on the British Privy Council and the Queen.

China has been blamed, sort of, although the specifics are vague. We have shown that just a four-hour drive from Wuhan is Nanchang and the Merial Animal Health Institute manufacturing vaccines for The Pirbright Institute.

The decision by The Pirbright Institute (Wellcome Trust) to move their Merial Health vaccine manufacturing plant offsite was taken after a virulent foot and mouth outbreak at their Merial plant.

This means the British have, right now, a Merial (Wellcome Trust) vaccine manufacturing plant just four hours away from Coronavirus ground zero. But, why is no one pointing out this obviously suspicious FACT. All it would take to release the Coronavirus in Wuhan is for an employee at Merial to get in the car a vile of  Coronavirus vile, and sprinkle it around in Wuhan.

WHO WAS THE WELLCOME TRUST CHAIRMAN WHO SET UP THE MERIAL NANCHANG PLANT NEAR WUHAN?

The Wellcome Trust chair was Baroness Elizabeth Lydia Manningham-Buller, the former director of British MI5 (2002-2007). Her mother was GCHQ. Her father was Privy Council, Attorney General and Solicitor General, with a “Bullying Manner.” She is an eighth-generation peer.

In Oct. 2013, Baronness Manningham-Buller was the keynote speaker at the Pilgrims of Great Britain London at the Sir Harry Brittain Memorial Lecture. Sir Harry Brittain was the founder of the Pilgrims Society (with about 50 British peers including Viscount Alfred Milner and Winston Churchill) in 1902. MI5, MI6 and GCHQ were founded from newspapermen who attended the Pilgrims’ First Imperial Press Conference, 1909. Given her father’s membership in the Privy Council and her Wellcome Trust intimacies, her membership in the Privy Council and the Pilgrims Society are certain.

We have already written about Sir Chisholm’s formation of QinetiQ (when SERCO moved into the U.S.) and the fact that former C.I.A. director George Tenet, and former vice chairman of the Joint Chiefs of Staff Admiral Edmund P. Giambastiani Jr. were QinetiQ directors. QinetiQ has been awarded over $8 billion in U.S. contracts in space, satellites, information technology, military and government agencies. See previous post.

While our research zeroed in long ago on the Anglo-American Pilgrims Society as the actual “Deep State” globally, and while we have gotten tantalizingly close to find this person, his or her name has alluded us.

Now we have found him: Sir Jonathan Richard Symonds.

On Sep. 01, 2019, Symonds was appointed chairman of GlaxoSmithKline (GSK) Plc, the successor to  Glaxo Wellcome.

GSK is strategically aligned with Wellcome Trust  where former MI5 director Manningham-Buller is the current chair.

Symonds has been a director of HSBC Holdings plc since 2014-just months after James Comey left an HSBC directorship to become FBI director. He has been HSBC deputy group chair since 2018, he was also chair of HSBC Bank plc (2014-2018) until just recently.

HSBC has been a major Clinton Foundation donor.

Prior to Novartis, Symonds was managing director of Goldman Sachs (2007-2009).

Here is the lynchpin that shows Symonds is the organizational Deep Throat of the Anglo-American Pilgrims Society. He was director and audit chair of the newly-formed QinetiQ (Feb. 28, 2003-Jun. 30, 2004)

Symonds was QinetiQ’s second director just long enough to set up the chart of accounts and the share stock structure giving the Monarch’s Special Share (“Golden Share”) control of the company no matter how many sub-classes of stock were established.

QinetiQ shares property with The Pirbright Institute (Wellcome Trust), the patent holder of the Coronavirus financed by Wellcome Trust and the Bill and Melinda Gates Foundation. See also Coronavirus Traced to the British Crown.

Our latest discovery that Baroness Eliza Manningham-Buller, former head of MI5 (2002-2007), is chair of Wellcome Trust and their related DNA-harvesting research associates, further confirms that the Anglo-American Pilgrims Society are making their move to dramatically reduce the world population by attacking our blood streams

They operate a secret global satellite system for themselves out of the Cobbett Hill Earthstation adjacent to The Pirbright Institute (UK)—on the site of the 2007 foot and mouth outbreak (READ: There are demons in those fields)

Yes, this is hard to believe, but these facts are now screaming for us to pay attention.

We have our blessed countries and beautiful world to save.

Betsy and Thomas had a few things to say about M, Q, James Bond, and the Queen. Listen to audio below: