The Battle for Planet Earth is reaching a climax as opposing forces try to use the “coronavirus pandemic” to achieve their agendas.  The liberation forces are using the lockdown as an opportunity to arrest senior Khazarian Mafiosi, while the Satanists are hoping to vaccinate and microchip the general public back into submission, multiple sources agree.  It’s almost as if reality is bifurcating, with one version filled with fear and death and other in breathless anticipation of planetary liberation.

First, let’s look at what the white hats are saying.  Japanese Prime Minister Shinzo Abe, French President Emmanuel Macron, German Chancellor Angela Merkel, Prince Charles of the UK and many others will be or have been “coronavirused” (arrested), according to CIA and Pentagon white hats.  One CIA source says:

“They are putting out disinformation to keep this as classified as possible.”   Merkel is going to have a third test and Macron also tests positive.  This is code for they are being removed.”

He adds, “Abe is going to collapse the country’s economy because he works directly for the cabal so he has to be removed. (Since this is the age of deep fake computer graphics, here in Japan I will keep in touch with press ID carrying colleagues to see if the real Abe vanishes).”  Pentagon sources agree and say, “regime change may also happen in Japan as Shinzo was forced to delay the Tokyo Olympics for one year.”

Maybe it’s the fear of American assassins coming for Abe that has prompted Japan to consider an entry ban on all American citizens. http://www.asahi.com/ajw/articles/13252339

In any case, a purge has clearly accelerated inside the U.S.  Pentagon sources say:

“The Navy hospital ship USNS Mercy arrived at LA on March 27th and its sister USNS Comfort to NYC on March 30th but they may provide neither mercy nor comfort for arrested Zionists and pedos.  Also, truckers have been ordered to not deliver to New York as [U.S. President Donald] Trump personally went to Norfolk, Virginia to send off USNS Comfort to New York City.”

Now let us look at what the dark side is up to.  In the video at the link below, starting around the 15:20 mark, Bill Gates is calling for only people who have a vaccination certificate to be allowed to travel. https://www.youtube.com/watch?v=D5oQp-GVMJU&feature=youtu.be

NSA sources confirm this and say the cabal is hoping to get the sheeple to show up at the local Walmart to get vaccinated and micro-chipped in exchange for receiving “digital wallets.” This is serious folks, do not let them scare you into being vaccinated because I guarantee you any vaccine they provide will be worse than whatever it is they say they are going to protect you from.  U.S. presidential candidate Joe Biden was probably telling the truth when he said, “We have to take care of the cure, that will make the problem worse no matter what.”

The key battle to watch over the coming days will not be the one against the “pandemic” though, it will be the one over control of the financial system and thus the planet.  On this front, any veteran market expert will tell you what is happening now is beyond a black swan event.  The United States military did not call up one million reservists and move its headquarters to an underground bunker because of a mostly bogus coronavirus threat. https://www.whitehouse.gov/presidential-actions/eo-order-selected-reserve-certain-members-individual-ready-reserve-armed-forces-active-duty/

By the way, if you still do not think this pandemic is mostly hype take note of one thing: fewer people are dying now than before the so-called pandemic started.

Anyway, to understand why the planet is now moving into historically uncharted territory take a look at this NASA…

video of activity around the sun.  I do not usually write about space stuff but this was sent to me by several trusted sources.  It appears to show the solar system undergoing some sort of fundamental shift. https://www.youtube.com/watch?v=-1xitzfjGsY&w=660&h=372 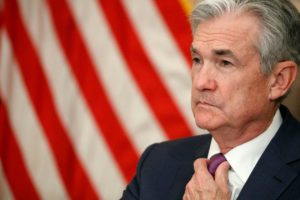 Maybe it is just my imagination but if you look at his eyes, he doesn’t appear to be human.  Is he a Reptilian overlord of the sort David Icke describes?

OK, enough space stuff for now.  Regardless of whether cosmic forces are involved or not, what we are seeing for sure is a battle between fiat and reality backed money that will determine the future of this planet.

The controllers of the old system with its G20, IMF, World Bank, and United Nations are pumping out trillions upon trillions of dollars in an attempt to keep their control grid intact.  It is being advertised as well that the U.S. Treasury Department has taken over the Fed and will be handing out money to the common man.  However, as Catherine Austin Fitts notes, (https://en.wikipedia.org/wiki/Catherine_Austin_Fitts a former high-level establishment insider), control of the trillions of dollars being pumped out by the FED has been given to arch-cabal company Blackrock.  “The guy who runs Blackrock was going to be Clinton’s Secretary of the Treasury.  I used to work with Blackrock.  NO PATRIOTS THERE!,” she tweets. https://twitter.com/TheSolariReport/status/1244275415688122374

Despite the increasingly desperate FED adding ever more zeroes to their promised numbers, their helicopter money is increasingly getting out of touch with reality.  Creating dollars out of thin air means nothing to real-world restaurants, airlines and oil companies, etc. watching their businesses collapse. https://finance.yahoo.com/news/feds-cure-risks-being-worse-110052807.html

One sign of the fiat collapse is the fact that physical gold and silver are now far more expensive than their paper equivalents. https://www.zerohedge.com/markets/theres-no-gold-comex-report-exposes-conditions-driving-physical-supply-problems

What is interesting though is that the Perth Mint in Australia, still has physical gold and silver for sale. https://www.perthmint.com/covid19.aspx

The Perth mint is the only mint acknowledged by the Western financial system that is smelting Asian off ledger gold.  This is especially interesting since three Chinese warships just sailed into Sydney harbor, apparently without the knowledge of the Australian military.  Has China just seized control of Australia? https://www.facebook.com/9News/posts/3221341631246985

The Russians have also made a huge move by de facto seizing the world’s largest oil reserves in Venezuela.  The Russian government now owns them.  This means any move by the Washington DC regime to seize Venezuelan oil will lead to war with nuclear-armed Russia. https://tass.com/economy/1136999

The FED is now obviously losing control of the petrodollar as the price of some grades of oil is falling to $4 per barrel.  Experts are now predicting oil prices to go negative as the world runs out of places to store the stuff. https://business.financialpost.com/commodities/energy/the-worlds-on-the-brink-of-running-out-of-places-to-put-oil

So why isn’t the U.S. dollar collapsing?  The answer to this is that the U.S. dollar is not controlled by the United States.  There are many countries producing U.S. dollars including China, Japan, and Indonesia. What is happening is that the formerly oil-backed dollars produced by the faction controlling Washington DC are not being accepted by most other countries.  Japanese or Chinese made U.S. dollars, though, are in high demand.  Seizing Australia and the Perth mint was necessary to ensure the cabal couldn’t get its hands on more gold to back its dollars with, Asian secret society sources say.

Now, for a look at what the cabal has planned for China in this undeclared World War III, let us look at a CIA version, conveyed face-to-face by a source, of what is going on with the pandemic:

“Wuhan will not open; this is all a stage show for the media.  There are still hundreds of apartment buildings sealed with the doors welded shut.  China is starting with a new round of infections from returning nationals carrying a different strain of the bioengineered virus.  Before the end of the year, China is scheduled to implode with hundreds of millions of deaths. The cabal’s goal is to eliminate up to half of its population.

There are five different strains of this weaponized coronavirus created at Ft. Detrick.  The strains that hit China and Japan are different from each other but Italy and Iran have the same strain.

India will only have minor problems and the death toll there will be marginal. The lockdown will be enforced by the cabal, which still controls India.  The pandemic should be winding down by July, so by summer, it will all be taken care of.”

It is interesting to note Israeli Defense Minister Naftali Bennett said on Israeli TV that the pandemic “might take two months, it might take three months, it might take a bit longer but that is the plan.”  Then we have a Rabbi telling the Jews not to worry because the coronavirus is “only for the goyim.” https://www.rumormillnews.com/cgi-bin/forum.cgi?read=143280

Furthermore, we have CIA sources in South East Asia noting that because “100 people in a country of 270 million died from the ‘new flu’ they are shutting down the country.”  He adds, “This is the largest scam ever pulled on humanity.  People are waking up all over the world as to what this really is.”

“We see the whole affair as a pre-emptive strike that has gone spectacularly wrong.  Now we will see a counteroffensive designed to level to the ground all concerned,” is what MI6 had to say about the pandemic talk.

Interestingly the Satanic number 666 is again popping up in various news reports these days.  Two examples are linked below.

These BBC and Fox News stories are hinting that asteroids will be used next to scare people after the pandemic show fizzles to an end.

We are also hearing from many sources that preparations for what is happening now have been going on for quite some time.  Take a look at this phrase from a September 2007 conference called, Defense in 2020 and Beyond:

“The British Armed Forces Joint Doctrine and Concepts Center expects a general collapse of the global order in the next decade, and other strategic thinkers are equally pessimistic.”

The “strategic thinkers” may have known their fiat-based control grid was mathematically doomed to lose touch with reality.  However, they apparently failed to see the collapse of the old control grid paving the way for a phoenix-like rise of a new age.  Soon our concrete and steel cities will become green with vegetation and filled with abundant animal life. https://www.theguardian.com/world/2020/mar/27/utrecht-rooftops-greened-plants-mosses-vertical-forest

Remember the cabal requires fear and hate in order to stay in control.  Friendship and love, when backed by overwhelming military force, will prevail.  Just watch and see how many bad guys vanish over the coming days and weeks.  There is a lot we cannot say for operational reasons, but rest assured the good guys are winning.  It’s revolution time.