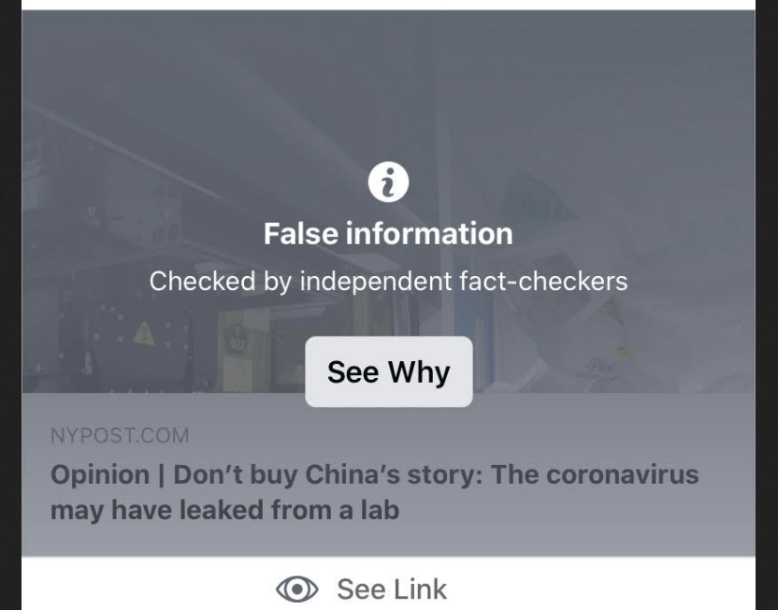 A contributor to a Facebook fact-checking organization that censored articles suggesting the coronavirus pandemic originated at the Wuhan Institute of Virology collaborated with a scientist at the Chinese lab.

Anderson contributes to Science Feedback, which Facebook has been using to put “False Information” labels on articles about the virus.

WND reported Thursday Facebook is using the World Health Organization as its authoritative source in an effort to censor discussion on its platform regarding the virus.

Facebook, in an annoucement, said its new policy will seek to eliminate “harmful misinformation” regarding the outbreak from the platform.

Investigative reporter Sharyl Attkisson pointed out Anderson’s relationship with the Wuhan lab in a Twitter message. She noted Anderson has said it’s impossible that the virus would have leaked from the lab because it adheres to the highest standards of safety.

“I have worked in this exact laboratory at various times for the past 2 years. I can personally attest to the strict control and containment measures implemented while working there,” Anderson wrote in a “debunking” of a New York Post article.

Anderson co-wrote an article in the medical journal The Lancet promoting the theory that the virus originated in a Chinese wet market.

However, the U.S. and British intelligence communities are investigating the possibility the virus accidentally leaked from the Wuhan lab.

Further, the U.S. Embassy in Beijing, after visiting the the Wuhan Institute of Virology in 2018, issued two official reports to the State Department warning of inadequate safety, the Washington Post reported.

China’s top expert on bat-borne viruses, Shi Zhengli, told the Scientific American in March she wondered in late December if the coronavirus could have come from her Wuhan lab. But she now vehemently denies that it did.