Prepare For Change
Home ARCONTES FED TO PRINT $9.5 TRILLION AND BUY ALL THE GOLD IN THE... 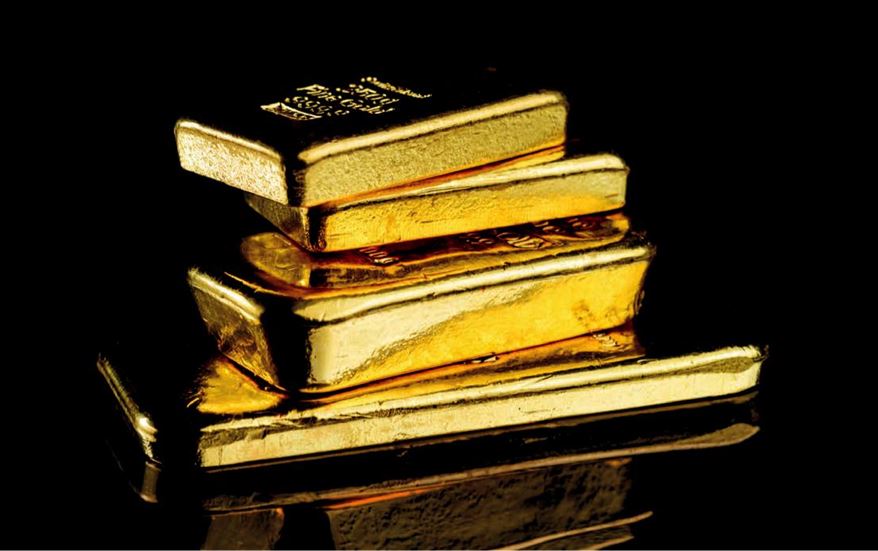 The destiny of the world is now in the hands of 6 central banks, Fed, ECB, BoE (England), PBOC (China), BoJ (Japan), SNB (Swiss). This in itself bodes extremely badly for the global financial system. This is like putting the villains in charge of the judicial system. For decades these central banks have totally abused their power and taken control of the world monetary system for the benefit of their banker friends and in some cases their private shareholders.

The central banks have totally corrupted and destroyed the financial system, by printing money and extending credit that doesn’t exist. Everyone knows that creating money out of thin air makes the money totally worthless. These bankers know, that if you stand next to the printing press and get the money first, it does have some value before it circulates. And this is exactly what they have done. Once the money reaches the people, it devalues rapidly. As Mayer Amschel Rothschild said over 200 years ago: “Permit me to issue and control the money of a nation, and I care not who makes its laws.”

But the bankers are not just in charge of the printing press, they are also in control of the cost of money in the form of interest rates. By manipulating rates, they are setting aside the natural laws of supply and demand. So they can print unlimited amounts of money and price it at 0%. The effect of this is a debt bubble that can never be repaid and an asset bubble that is so fake that not a single asset is worth a fraction of the value it is priced at.

The central banks are now panicking and are creating trillions of dollars, euros etc. Add to that additional bank lending and government debt and we are in the tens of trillions.

Just looking at the 6 biggest banks mentioned above, their balance sheets have gone  up by $3 trillion from $21 trillion at the end of February 2020 to $24T today.

But this is just the beginning. We must remember that it wasn’t the Coronavirus that started the money printing. It all began back in late July 2019 when the ECB warned the world that something was seriously wrong by saying, we will do whatever it takes. A few weeks later the Fed started daily Repos of $100s of billions. This was the time when serious problems in the financial system started.

So between the Fed and the US government, they have created almost $5T since the end of Sep 2019. Most of this increase has taken place in April 2020. Remember that this is not real money but just money fabricated out of thin air. It involved no work, no service in return and no production of goods. Thus this money has ZERO intrinsic value. It is just a computer entry of one 5 and 12 zeros. Therefore the recipients of these funds are getting fake and worthless money.

WHY DOESN’T THE FED JUST PRINT THE ANNUAL US GDP OF $21.5T

If the Fed or the US government claims that they are issuing real money that has a real value, why don’t they just print $21.5 trillion annually. This equates to US annual GDP. So instead of having to work and produce goods, every US adult and child is just given $65,000 each. ($21.5T divided by 331 million population). Nobody would need to work and everyone can just spend the money as they like and live in total bliss just like in Shangri-La. Obviously someone would need to produce food and provide essential services but that could all be bought in from low cost countries.

If the US government and the Fed really believe that they are solving all problems by printing money, why don’t they then go full out and print the annual GDP. But why then stop at $21.5T which is the current GDP? Why not print $43T to double the standard of living. Or why not go to $100T so everyone can really get wealthy. If the current system of printing $ trillions or even $10s of trillions works, I would like the Fed and the government to explain why they can’t print $100s of trillions. Are they saying that printing $10T represents real money but not $100T which would be fake? Can any serious observer believe that these 6 central banks will save the world by printing worthless money?  How far do they think they can take their Ponzi scheme before the world discovers their bluff?

FED TO PRINT $9.5 TRILLION AND BUY ALL THE GOLD IN THE WORLD

To test the value of the printed money, I suggest that the Fed prints $9.5 trillion and buys all the gold in the world, including jewellery, of 170,000 tonnes at the current price of $55.6 million per tonne. If they don’t understand what will happen, I can tell them. They would have real problems getting hold of 1 tonne of physical gold at that price. By the time they buy the second tonne, the market will value the dollar at its intrinsic value of ZERO and gold measured in worthless dollars will go to infinity.

THE END OF THE DOLLAR

The Fed is of course not stupid. They understand the consequences of their actions. They know they are playing a very dangerous game that could fail at any time. They are also aware that the dollar since 1971 has fallen 98% in real terms, which is versus gold. By introducing the Petrodollar combined with policing the global financial system, the US has managed to maintain an artificially high value of their currency for decades. But that is now coming to an end. The combination of collapsing oil prices and countries like China and Russia abandoning the dollar will start the dollar ball rolling. Also, the unlimited printing that the US has started will soon accelerate as companies and financial institutions default, leading to a dollar crash.

THE CURRENCY RACE TO THE BOTTOM

In a few months time, nobody will want to hold dollars as the greenback collapses. The problem is that there is not a single solid currency today. The Euro is toast and so is the Yen and the Pound. These countries are all into massive money printing as a result of the current global crisis. So what about the Swiss franc. It has always been seen as a safehaven in periods of crisis. Well, the Swiss might be a currency to flee to for a very brief period. But if we analyse Switzerland’s National Bank, the SNB, as well as the Swiss banking system we will find big problems here like anywhere else in the world.

As Swiss I don’t like criticising a country which has the best political system in the world and has had very sound finances and a strong currency. But sadly the conservative Swiss banker is gone and the SNB and the whole Swiss banking system are taking risks that are hair-raising.

If we start with the SNB, it has a balance sheet which is CHF 852B ($878B) or 122% of Swiss GDP. This is the most leveraged balance sheet of any major central bank. But not only that, if we analyse the holdings of the SNB, we find that it is the biggest hedge fund in the world. Just over 76% of the holdings are in US dollars and Yen with 24% in other currencies like Yen, GBP and CAD. Almost $100B are in US stocks like Apple, Microsoft, Google etc.

So we find that the SNB is a massive speculator in currencies with 92% of the assets in non Swiss franc investments. This is a massive bet by a national bank against its own currency. The official reason why they are doing it is to keep the Swiss franc low against its main trading nations, the EU and the US. But it is extremely dangerous and irresponsible against the country and the shareholders to leverage the balance sheet to this extent. The biggest shareholders are the Cantons (local States) who own 55%. In Q1 2020, the SNB lost CHF38B ($39B) on its investments, mainly in the US stock market. The Cantons are dependent on the dividends from the SNB so this is a big blow.

But this is just the beginning for the SNB. When the US stock market falls another 30% or more, which is likely, the losses will mount. But still worse are the currency positions. For every 10% the dollar and euro fall against the Swiss, it means another $80B loss for the SNB. That will of course lead to more Swiss money printing and the Swiss franc weakening which in theory could offset the currency losses. But it is difficult to predict who wins the currency race to the bottom. Most likely is that the dollar will win closely followed by the euro and yen. And if that will be the case, the SNB will incur substantial losses before the Swiss franc loses value.

It is not only the SNB which is a timebomb. So is the Swiss banking system which is 5x Swiss GDP.  That is too big for a small country when debt markets come under pressure, which is already starting to happen. Relative to the size of the country the SNB will have to print massive amounts of Swiss francs which will have zero value just like all printed money.

The conclusion is clear. No banking system in the world is safe, including Switzerland’s. So anyone who holds major assets within the financial system be it cash or securities, is exposed to an unacceptable risk in coming months and years.

Stocks are in a correction up in a secular downtrend which started in February. In the Dow we might be near the end of this correction or it could last slightly longer. But the risk is to the downside and anyone invested in the stock markets is likely to lose the majority of his wealth in coming months and years.

Bonds are extremely vulnerable as credit deteriorates on a daily basis. All debt will come under pressure including Sovereign. Central banks will do what they can to hold rates down but in the end the market will win as bonds sell off and rates climb rapidly.

Gold (and silver) will be the obvious winner as currency debasement accelerates. My 18 year old target of $10,000 in today’s money is virtually guaranteed.

With massive pressure in the physical market where both the LBMA bullion banks and Comex are unable to meet their obligations to deliver physical gold, it is only a matter of time before gold breaks out properly. I don’t like making sensational forecasts of the gold price since that attracts the wrong buyers. Still 10x today’s price or $17,000 is certainly realistic with just normal inflation. The attached chart by goldchartsrus confirms that level. Gold adjusted for real inflation would be at $18,100 to be equal to the 1980 top of $850.