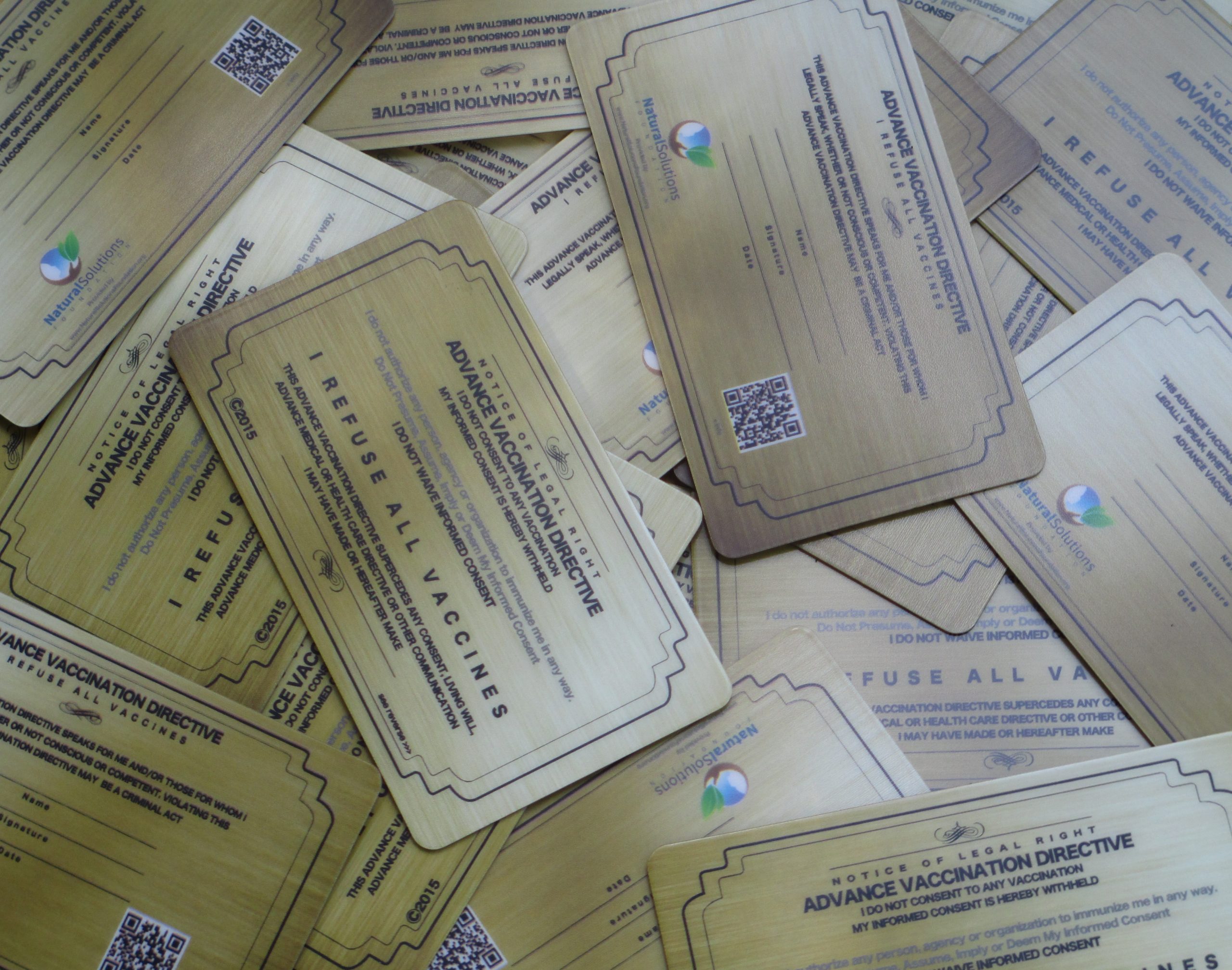 The world is about to undergo an extreme test of our willingness to hand over our individual rights in many areas.  And so like many  theories from the past, this one now apparently is in fact about to be a proven conspiracy.  For those who want to protect themselves and their rights, it is therefore extremely critical that all valuable tools and resources be available and at their fingertips.  The intent of this post is thereby to create a permanent and easily accessible place on our website that provides you with information to help you protect your rights.

Below you will find several resources to links, articles, forms and petitions related to your right to informed consent when it comes to vaccines, implants or tracing.  As we do not possess all knowledge regarding these issues, we encourage you to submit any other information or supporting documents that we can also post and share in this post.  We hope that you can spread the word about this post such that we have this material be available to as many people as possible.

Please be patient with us as we collect and post more information and resources.  We thank all those who have shared their work and material to date.

How to Decline a Vaccine (with form and article)

Pandemic: The Invention of a Disease Called Fear

ITS TIME TO SAY…NO

Because … Coronavirus – Anything Goes!