Prepare For Change
Home ARCONTES The Whore and The Remnant 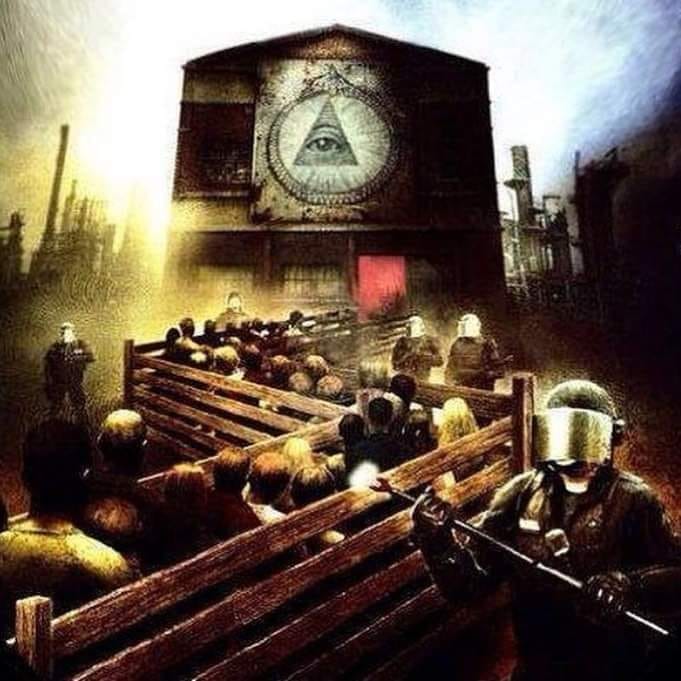 Oh, to be sure, the Church had enriched itself via improper means for centuries prior to Vatican II. It had created monarchies and oppression, funded the Inquisition, dreamed up the concept of “income taxes”, and sold “indulgences”, twisted the meaning of “commonwealth” into The Holy Roman Empire, and committed many other atrocities and sins prior to Vatican II.
Despite all of this, at rock bottom, the Church still stood for something, still offered Catholics and other Christians a moral compass. Prior to Vatican II, the Church still knew that it was wrong to kill people, wrong to lie, cheat, or steal, wrong to break one’s word, wrong to cheat on one’s spouse, wrong to envy and covet– and certainly wrong to kill babies or teach that sodomy is “okay”.
You could go into any Roman Catholic Church in the world and find the same liturgy, the same Mass, the same common language — Latin, and if you asked a question about doctrine, you’d get the same answer. Not so today. In the almost sixty years since Vatican II, all that has eroded away.
Today, there is only the form of the liturgy and offices remaining, which gives an appearance of continuance much as the existence of court rules and procedures continues to give an “appearance” of justice.
Communion, where and when it is available, has become a solitary act. People line up, six feet apart, not talking, not touching, not even looking at each other, march into an empty room, grab a packet of communion bread, and use their own hands to wolf it down in the parking lot.
Somehow, this is supposed to bring comfort and spiritual solidarity?
See: https://www.youtube.com/watch?v=6QQip-O4UQo&feature=youtu.be
All the evils which always plagued the Church continued to wheedle away, year after year, and without a common language and commitment to moral purpose, the Church strayed farther and farther away from its mission and became increasingly embroiled in its investments and in managing all the property that it “received in trust”.
A good example of the result is the recent Peter’s Pence Scandal.
The original Peter’s Pence was an income tax imposed in the 12th century to help defray the cost of the Crusades. It was collected by the Inquisition on April 15th, just as it still is, today. Only in addition to this “secular tax”, the Church also began collecting a new Peter’s Pence on June 15th as a special offering to give the Pope funds to distribute to the victims of war, displacement, natural disasters, and disease.
Faithful Catholics donated $500 million to this cause, and later found out that instead of using the money for disaster relief, the Pope and his consultants invested the money in things like luxury condos, new bank buildings, and Hollywood movie productions.
Questioned about this, the Church leadership bridled up and made excuses about being responsible to invest the money —- even though investment was never mentioned as any part of the purpose of the collection.
The simple good faith honesty of spending the money on what they collected the money for, eluded these men. They have become double-minded, saying one thing, and doing another. And nobody at the Vatican even noticed. They took it for granted that they would collect the money under False Pretenses, and spend it otherwise.
Since Vatican II, when the Church incorporated itself as part of the UN Corporation, such moral and fiscal turpitude has been the rule, not the exception.
Selling the body and blood of Jesus is the ultimate fornication of the Church. This is where the analogy of the “whore” comes in — the selling of the body for money.
But it is a body that is not theirs to sell.
As we all move forward the Church leadership is standing silent. Silent in the face of teaching sodomy in public schools. Silent in the face of abortion. Silent in the face of race riots. Silent in the face of gay marriage. Silent in the face of the gross mismanagement of the Municipal United States Congress. Silent in the face of their own corruption. No confession. No repentance. No condemnation of evil. No resolve to do better.
Certainly it is this final fact that yields condemnation, the point wherein we all condemn ourselves and find no escape for lack of repentance.
My husband and I have removed ourselves from association with any incorporated Church. We deem it impossible to be a pagan Christian, and similarly impossible to be an incorporated Church.
For the Roman Catholic Church, that reality was borne home with Vatican II. The resulting surrender to the secular world with its focus on money and property management and investments, “mainstreaming” and “popular theology” and “do as you will” has borne its fruits ever since.
Still, there will always be a remnant and that remnant will find leadership growing out of the stricken roots of the ancient Church. The teachings of Jesus will endure all tests. The Holy Spirit will win. In that we can all have faith and confidence, regardless of the failures of men and institutions.
So be of good cheer as we sit among the ruins and contemplate the folly that brought us to this point. The Church has failed. The Governments have failed.
We know how we got to this point:—in a word, incorporation.
We have allowed legal fiction entities to proliferate and promulgate without oversight, until the men running corporations — including incorporated churches — run roughshod over the people who granted these corporations the right to exist.
Yes, we know how we got here. The only question is— where to now?
—————————-
Source: www.annavonreitz.com