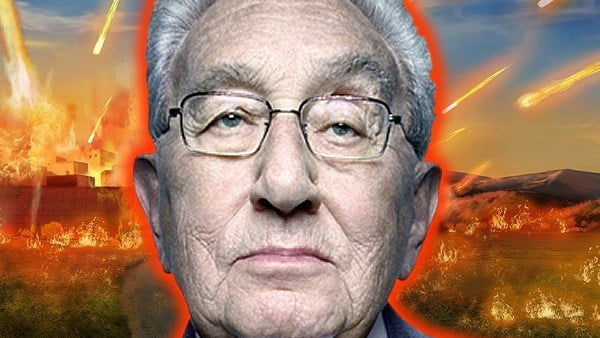 KISSINGER, AND A DOZEN OTHER PILGRIMS, CONSPIRED TO TAKE AMERICA OFF THE GOLD STANDARD ON AUG. 15, 1971; BUDDY VOLCKER BRIEFED SELECTED PILGRIMS INT’L BANKERS IN LONDON THE NEXT DAY.

THIS NEWLY-DISCOVERED EVIDENCE OF FRAUD AND TREASON IS ACTIONABLE, WE BELIEVE—FOR A JUSTICE DEPARTMENT THAT SERVES WE THE PEOPLE AND NOT THE SENIOR EXECUTIVE SERVICE (SES) WHICH IS A PILGRIMS SOCIETY EXTENSION OF BRITISH CROWN AGENT SABOTEURS

READ ALL ABOUT IT IN THIS BLOCKBUSTER REPORT

Aug. 22, 2020—We believe that in the late 1940s, Henry Kissinger was recruited for membership in the self-styled elitist Pilgrims Society. His handlers most likely included his U.S. Army intelligence handlers David Sarnoff (NBC/RCA), Allen Dulles (OSS/CIA) and Dean Acheson (Under Secretary of State, Marshall Plan).

It should be noted that to our knowledge, not a single members of Nixon’s Pilgrims dominated cabinet disclosed their membership in the Pilgrims Society at their confirmation hearings. Not Alexander Haig. Not Caspar Weinberger. Not Henry Kissinger. Not George Schultz. Nobody.

THIS FRAUD AGAINST THE AMERICAN PEOPLE MAY BE THE BIGGEST CRIME EVER COMMITTED. THESE MEN HAVE THE BLOOD OF INNOCENTS ON THEIR HANDS

.Henry Kissinger Sold out America to the Pilgrims Society

Upload this cartoon to your own video channel or embed on your blog. We are creating a series of cartoons like this to help educate folks about leading issues in the election. If you upload this to your video channel, please let us know your url location in the comment box below. This way folks have a variety of ways to post it.

Americans need to know that the Democrats are running an illegal alien as VP – that’s how emboldened the globalshits have become in running the United States. Here it is in a blog post if you do not have a video platform: Kamala Harris Not Eligible to Hold Executive Office