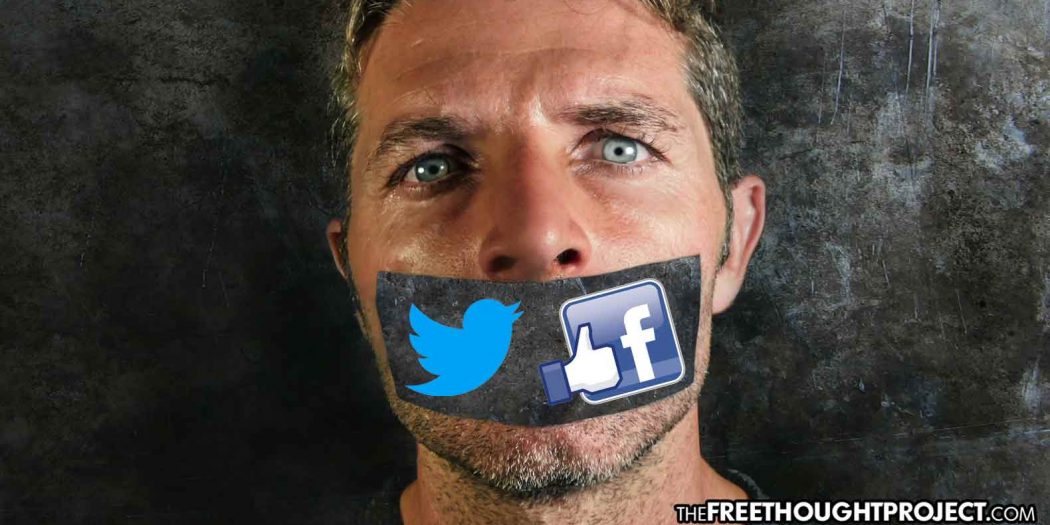 Whipping Americans into a tizzy to use their anger against them for political gain, has and always will be the modus operandi of the state. Fear, anger, and divide are extremely powerful tools used by tyrants to gain the compliance and obedience of the masses.

Although these tools of the state use deceptive language, half-truths, and outright lies to manipulate the masses, prohibiting them from saying it would be a disservice to the protection of free speech. After all, if you can censor anyone, you can censor everyone.

Nevertheless, the information controllers in the mainstream media and big tech are doing exactly that. On Wednesday, Donald Trump repeated the same debunked rantings about the stealing of the election on Twitter. Twitter immediately suspended the Tweets and would not allow anyone to like or share them.

This has been done before, but inside Trump’s last two tweets on Wednesday, he called for his supporters — who were currently rioting and storming the capitol — to stop what they were doing, be peaceful, and “go home.”

.@realDonaldTrump sends out tweet telling people to go home and be peaceful and Twitter suppresses it. What do you think their motive is?? pic.twitter.com/OW8qBm4cfA

Despite Trump calling for his supporters to leave, both Twitter and Facebook deplatformed the president. This is ominous for two reasons. The first reason is that if these unelected tech giants can silence the president of the United States, they can silence anyone.

BREAKING: Facebook says it will ban President Trump from its platforms "indefinitely."

Trump has used the platform to spread misinformation for the last 4 years. The ban will last for "at least the next two weeks." pic.twitter.com/3unKirZp5H

No one elected these people, no one has given them authority, and yet they wield it like a monarchy would.

It is important to point out that this is not a defense of Trump’s use of social media, nor is it a defense of Trump. He is, like the ones alluded to in the first paragraphs above, a cog in the gears of tyranny who uses fear and divide to seek obedience and loyalty.

However, silencing him will not make the violence go away or the assaults on the capitol stop — it will make it all worse. Silencing people doesn’t magically make the bad ideas go away. Instead, it gives credence to the bad ideas, justifying them by allowing the leaders pushing these bad ideas to say, “see, they are censoring us because we are right!”

This inevitably ends up fomenting extremism as confused and otherwise entirely peaceful people seek refuge in far right or left groups that will accept them.

Instead of questioning the dystopian nature of such a move by big tech, echoing the famous sentiment of Rahm Emmanuel of “never (letting) a serious crisis to go to waste,” mainstream media jumped on the bandwagon and decided to push the envelope even further.

The New York Times jumped at the chance to push for more censorship, vomiting out two heinous pieces calling for more draconian measures by big tech. The first piece was titled “The storming of Capitol Hill was organized on social media” and the second, “Violence on Capitol Hill Is a Day of Reckoning for Social Media”

The Associated Press also put out a piece lambasting the free exchange of ideas on social media and blaming them for the “coup” in Washington.

“This is what happens,” Jennifer Grygiel, a Syracuse University communications professor and an expert on social media told the AP. “We didn’t just see a breach at the Capitol. Social media platforms have been breached by the president repeatedly. This is disinformation. This was a coup attempt in the United States.”

But was this really a coup? If it were a coup, Trump would’ve been on the ground with his supporters, leading them into the capitol, seizing it and demanding to stay in power. But that did not happen.

Instead of a coup, this was a ragtag group of Trump supporters who gave into their hive mind mentality and were essentially allowed by law enforcement to walk into the capitol. During this time, they didn’t begin issuing demands, instead, they posed for pictures, stole podiums, and took for selfies with cops, while other followers attempted to gain access to more secure areas. Unfortunately for one of the group, her decision to enter more secure areas ended up proving to be a deadly mistake.

This was not insurrection as much as it was devoted fans of an arrogant demagogue making poor decisions after getting duped by their messiah — who pretended to be “anti-establishment” so he could fulfill his egotistical lust for power.

Rest assured, these folks had zero effect on altering the course of the status quo in their favor. Their actions on Wednesday, however, are already being touted by mainstream media as insurrection and attempt at a coup and being used to further progress down the path of technocracy.

As Caitlin Johnstone pointed out:

We will likely see many more such articles in the coming days, arguing for increased regulation of internet communication to prevent future incidents like today.

In and of itself this won’t sound terribly concerning to the average citizen. Nothing wrong with taking steps to prevent people from plotting violence and terrorism on social media, right?

But how do you predict what protests are going to be “violent”? How do you decide which protests and what political dissent need to be censored and which ones should be permitted to communicate freely? Do you just leave it up to Silicon Valley oligarchs to make the call? Or do you have them consult with the government like they’ve been doing? Are either of these institutions you’d trust to regulate what protests are worthy of being permitted to organize online?

Because the actual power structures in the United States seem to be interested in simply censoring the internet to eliminate political dissent altogether.

Unfortunately, it seems that anti-establishment voices online are seeing their days becoming numbered. We’ve already witnessed unprecedented acts of censorship in just the last year thanks to social media giants attempting to control the narrative on COVID-19 and the election cycle. These moves included outright banning of information that would later be proven 100% true, having significant impacts on the outcome of election results as well as traversing the pandemic.

If we continue to allow these groups to tell us what is acceptable to say and read online, peaceful dissent will be obliterated in the name of some false sense of security.

Do we want to continue to allow Facebook to treat us as a product while making billions off censoring peaceful anti-establishment voices, potentially kicking off a massive civil war in the process? Or, do you want to do something as simple as using the new model, one that doesn’t steal your information and peddle it to the highest bidder?

Over the past couple of years, we have been helping to build this new model and with your help, it can replace the tyrannical old one.